The Godfather: Food, Wine and Long Drives in Sun-Drenched Sicily

Though the Godfather films may principally be about crime, the true heart of the movies are in fact the rich depiction of Sicilian family life. From platters of meatballs on red checked tablecloths in cosy family restaurants, to vibrant weddings, the film is a love letter to Italian culture.

Though situated mostly in New York, a large portion of the first film plays out in Sicily, as Michael heads off to his familial roots to lay low. This section of the film is particularly gorgeous, with the warm backdrop of Mediterranean sun casting a soft glow upon the various tree-lined vistas and local villages. It's a place where a day well spent means relaxing outside cafés, greeting friends as they pass by, and allowing morning coffees to bleed into afternoon jugs of red wine. It's a place where plates of roasted peppers doused in oil, and balls of fried arancini are served up on big platters from the family kitchen, ready to be shared amongst friends.

Since the Godfather films, keen movie-lovers have flocked to Sicily year after year, hoping to indulge in the Mediterranean lifestyle for themselves, and achieve the same blissful getaway as Michael Corleone himself did (at least for a while). With this guide, we explore some of the best cafés, movie locations, restaurants and drives, for you to capture the magic of Sicily for yourself and plan your next escape.

The first town on the list is Savoca, the prime location for most of the scenes shot in the fictional village of Corleone. Here, Michael and his bodyguards explored the winding streets and crumbling churches, many of which remain much the same today. An absolute must when in Savoca is to visit Bar Vitelli, the bar in which Michael asks Apollonia’s father for her hand in marriage, and which very much exists in real life. Just like the film, grab a table in the shade outside and cool off with an icy beer. Alternatively, sample one of the bars famous lemon granitas, a refreshing frozen dessert made from sugar, water and lemon.

Afterwards, stroll around the corner to check out the Saint Lucy Church, where Michael and Apollonia were married. You can even follow their bridal procession route down the hill, drinking in the stunning views across the valley and sea.

The nearest big town from Savoca is Catania, a great place to make your base. Whilst here, there are plenty of bars and restaurants for you to explore, as well as museums and churches. Take a morning to stroll around town, taking in the Catania Fish Market, Basilica Cattedrale Sant ’Agata and the Piazza Del Duomo, before settling down for lunch in a nearby café. In the afternoon, explore Castle Ursino and the Catania Museuo Civico within it. If you have time, explore the beautiful botanic gardens of Catania in the cool of the early evening, or the Teatro Romano old outdoor theatre. For dinner, head to Razmataz for a daily-changing menu of delicious seafood and local wines from the vineyards of Mount Etna.

Back on the Godfather, Forza d’Agro is a second village that was used as a location for many of the shots in the movies. Very much off the beaten track, this medieval town is true local Sicily, complete with family-run cafés and oleander-lined cobbled alleys. For the best views, visit Trattoria Anni 60 for dinner, with an incredible sea-facing terrace and affordable seafood.

These two towns in northeast Sicily are hugely popular stops on the Sicily trail, and make a great ocean drive from Catania. With incredible views of both the coast and the volcanic mountains, these mountain-top towns are truly spectacular. Whilst there, take a boat out from the turquoise shores of Isola Bella, or take in the archaeological ruins of the Teatro antico di Taormina. For dinner, visit the Piazza IX Aprile for various restaurants and bars.

Palermo is the biggest city in Sicily and the place you will probably fly into. Take a couple days to explore the Baroque architecture and countless local markets and museums. Though bustling and polluted, this city marks a fascinating cultural melting pot and is worth checking out before fleeing for the sanctuary of calm, rural Sicily. Whilst there, take your pick of churches and cathedrals as there are simply too many to explore, with the Cappella Paltina church and the church and Monastery of Santa Caterina d’Alessandria perhaps the most spectacular.

Finally, for many, you may be keen to get more of an insider’s look at the real-life mafia presence in Sicily that formed the inspiration for many of the events in the film. In which case, there are several highly reviewed tour companies that can take you on day trips across the island, pointing out infamous sites of mafia activity and recounting stories from their own personal lives. One such tour is from Personal Guides Sicily, taking you through the streets of Palermo and its hidden secrets. From legends and mysteries, to very real tragic historical events, the local guide will spill all the secrets and stories of Palermo’s complicated past. 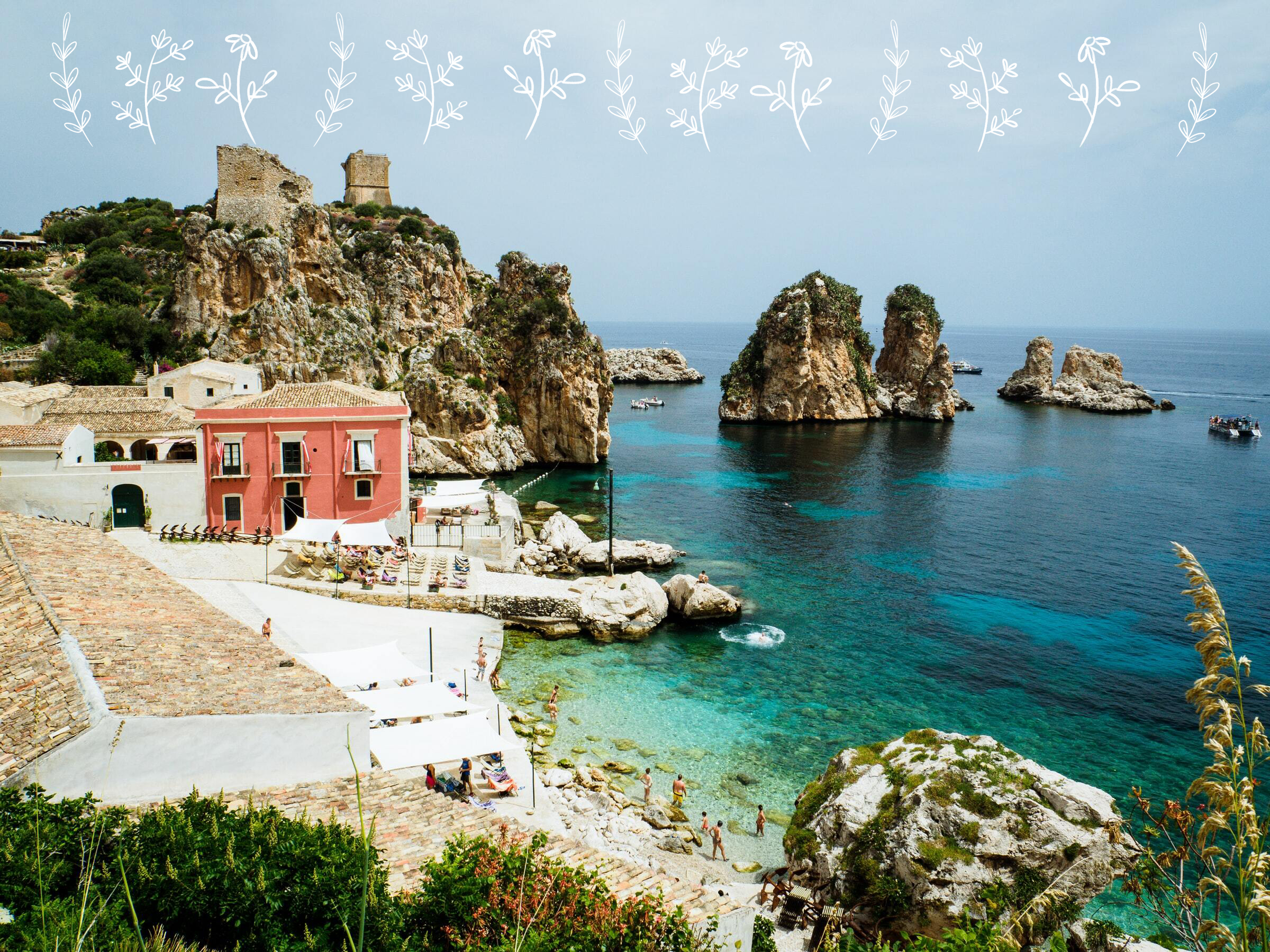 Sicily - Facts before you go

💵 Not required, but generally a couple euros after meal

🏛 The Valley of Temples