Shang-Chi hit the cinemas this week, and reviews were buzzing over its beautiful cinematic depiction of Chinese culture and heritage. Though an Asian-American movie at its heart – rather than a Chinese one – the team packed the movie full of references that those of East Asian heritage from all over the world are likely to pick up on and enjoy. For those interested, we’ve put together a list of things you might have missed.

As the latest instalment in the Marvel cinematic universe, Shang-Chi and the Legend of Ten Rings follows the story of Shaun (Simu Liu), who is living in San Francisco as a parking valet. After a run-in with assassins who are after a necklace given to him by his mother, Shaun (whose real name is Shang-Chi) and his best friend Katy (Awkwafina) are thrust into an adventure that takes him back to his father’s Ten Rings organisation.

Though the character of Shang-Chi came from the Marvel comic book character of the same name in the 1970s Master of Kung Fu series, the movie introduced various themes, characters and story-arks that drew direct reference from Chinese customs. Half of the movie is spoken in Mandarin and the cast is made up almost entirely of East Asian actors.

Behind the scenes, East Asian creatives were just as well represented. The script was written by Dave Callahan and directed by Destin Daniel Cretton. Working with the comic book source material, Callahan and Cretton worked hard to update the characters and create a story that would better resonate with Chinese and Asian-American viewers.

The association between Chinese culture and dragons may have become a cliched trope in American movies, but the dragon is truly one of the most important creatures in Chinese mythology. Symbolising power, good luck and strength, the dragon has been used throughout time to reference individuals and empires alike that embody the strength of the dragon. Children born in the Year of the Dragon are considered the luckiest, and many Chinese proverbs bestow the power of the dragon onto their addressees.

The movie also references the 9-tailed fox, another creature from Chinese mythology. Known as Huli jing, the fox is usually the physical form of a shapeshifting spirit, appearing in a tale as an omen of good (or bad) fate.

One thing the movie does excellently, is side-stepping negative stereotypes whilst paying homage to the iconic Kung Fu movies of the ‘80s and 90s. Fans of the genre will love the battle scenes, with choreography drawn from Chinese boxing style and Tai Chi among others.

The Fighters-to-lovers trope (as shown in the movie) references movies such as The Grandmaster (Wong Kar-Wai) and those of Tsui Hark, as well as the elegant fighting style seen in Crouching Tiger, Hidden Dragon (Ang Lee). Chinese choreographers were brought in to direct the actor’s movement, as well as members of Jackie Chan’s stunt team.

A large part of the movie was spoken in Mandarin, which was a detail that was very important to the writers. Wanting to realistically portray what language the characters would have spoken in, the move broke boundaries for a Marvel movie in this way. Yet the writers also wanted to stress the diversity of the Asian diaspora and the various languages spoken. At one point, Katy, who was raised in the US, mentions to Jon Jon that she speaks “ABC” – a colloquial acronym for “American-born Chinese”.

Shrines to the Dead

When Shang-Chi is captured, the movie shows a shrine to his mother. Shrines to the dead have always been an important custom in Chinese culture, typically within the family home. Whether it be a framed photograph or an offering of incense, fruit or candles, descendants of the individual are commonly expected to make offerings and pay their respects to the shrine.

Sue Chan, the production designer, wanted to represent the way different families across the Chinese diaspora might connect to their heritage differently, incorporating blended elements of their traditional and current cultures. For example, when Shang-Chi visits Katy’s home, it represents a common Asian-American household. Shoes were removed on entry, and a rice cooker and hot water dispenser were featured. They also ate jook, a common rice porridge breakfast dish.

At the end of the movie, lotus flower lanterns are cast out onto the water, lit by a flame. These have been used throughout Chinese history to offer respect to ancestors, spirits, and gods. The lotus flower is a symbol of purity and elegance, rising from the mud to bloom and sit above the murky waters. When cast out to float, the act represents detachment from evil and the purity of a new beginning.

Though the movie has no end of action, it is fundamentally a movie about family, and facing the complicated legacy of your ancestors and past. Family is a particularly important value in Chinese society, and it is common for multiple generations of the same family to cohabit in the same household. Xia Ling’s storyline particularly reflects the struggle many modern Chinese women face in wanting to escape traditional patriarchal values whilst staying true to the desires of their family.

At several points throughout the movie, guardian lions can be seen in front of the doors and gates of important buildings. These are a traditional Chinese architectural ornament, made of stone or gold to protect the building from negative spirits and harm. Nowadays, they can be seen everywhere, from hotels to supermarkets to Chinatowns across the world (including San Francisco). 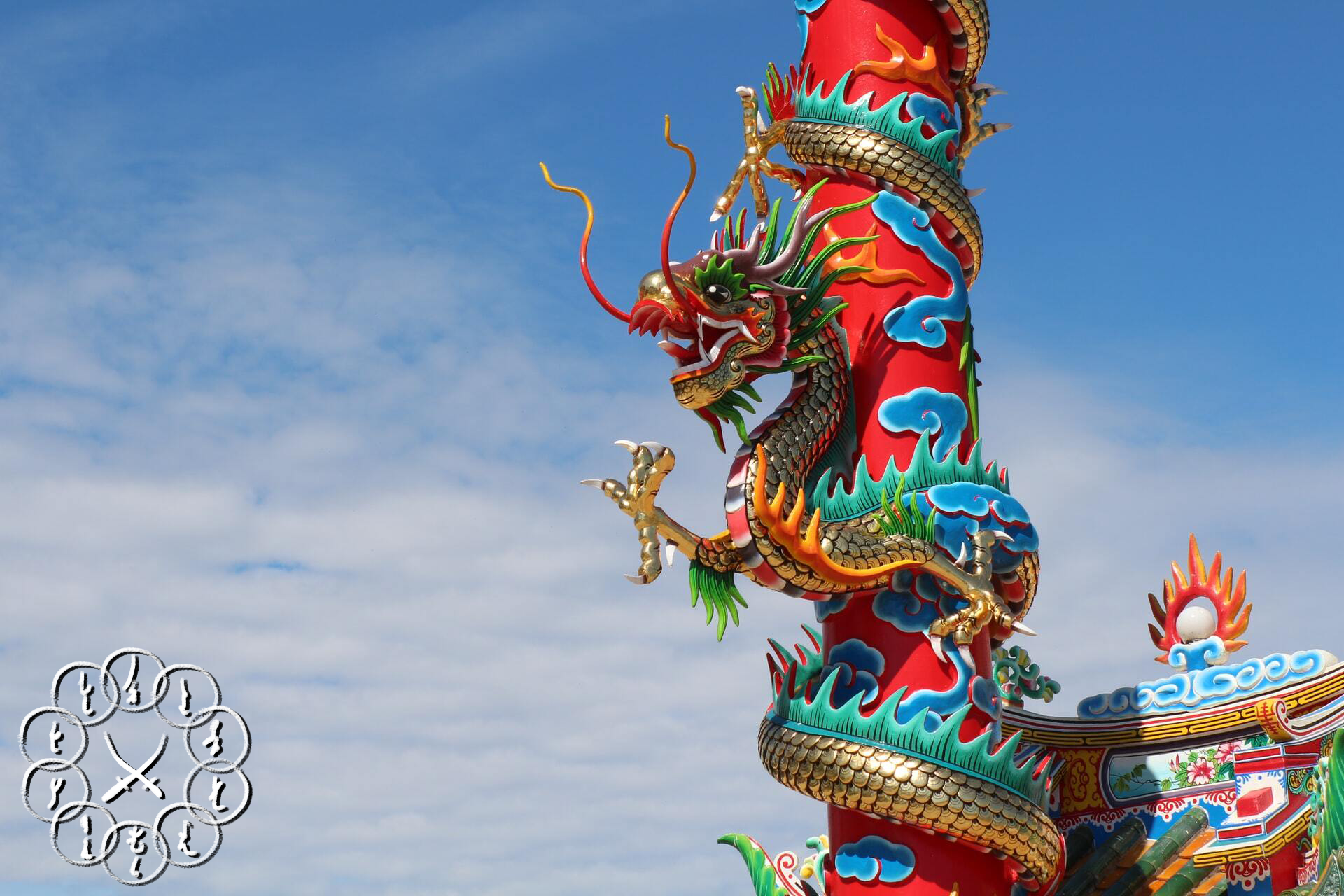