No Time To Die: Stunning Locations In The Latest James Bond Film

When it comes to a globe-trotting film franchise, not many have travelled further than James Bond. The famed super-spy is about to make his 25th outing onto the big screen with No Time to Die. Despite the delayed release due to COVID restrictions, the setback has only heightened the anticipation for Daniel Craig's final outing as 007; but it got us thinking, where are they going this time? We've seen the Bond films shoot in Istanbul, Shanghai, the Bahamas, the Atacama desert and Iceland, and this is merely scratching the surface! So for those who want a slice of life from the perspective of James Bond, keep reading as we take a deep dive into the filming locations for 2021's No Time to Die.

Jamaica is arguably the spiritual home for 007 as the tropical island appears in many of Bond's outings on both page and screen. The link begins with the author, Ian Fleming, who wrote all of the original James Bond novels whilst living in his Jamaican Villa on the waterfront. The dubbed 'Fleming Villa' has since become a pilgrimage for die-hard Bond fans who can book and stay at the residence itself, being served by a butler and dedicated chef.

No Time to Die opens with a retired James Bond living quietly in Jamaica's Port Antonio. This striking seaside town lives on the northeast coast of the island 100km north of the capital, Kingston. For the Bond fans, the first place to visit has to the outstandingly beautiful Laughing Waters beach. This was the famed spot where Ursula Andress emerged from the waters in 1962's Dr No, which became one of the most iconic moments in the Bond franchise. The quiet beach is surrounded by tropical rainforests, with a waterfall feeding enticing turquoise water back into the Caribbean sea.

Port Antonio is also renowned for its music scene, with the legendary Geejam Hotel topping the list. Owned by veteran record executives, the hotel's private recording studio has hosted Drake, Harry Styles, and Florence and the Machine. Not to mention that songwriters have also recently produced content for Dua Lipa and Alicia Keys from the comfort of the hotel too!

No Time to Die will not be Bond's first time in Italy, but it looks to be his most spectacular. Part of the film's trailer exhibits an exhilarating car chase sequence that cuts between tight shots of stone-clad streets. The highlights include an Evel Knievel inspired motorbike stunt that later climaxes with Bond falling from a bridge. Whilst looking like one set of filming, this sequence was shot in two separate locations!

‍Found on the edge of the Basilicata region, Matera is Italy's gorgeous stone city which is as unique as it is interesting. Ancient stone dwellings have been carved into the mountainside within the Sassi region, they exude history and individualism having been built thousands of years ago. The area was notoriously stricken with poverty and disease, which ultimately resulted in its abandonment in the 1950s. The turnaround has been dramatic as the Sassi area has now been named a UNESCO Heritage site and pulls tourists in all year round. Visitors can now explore the rustic caves whilst also enjoying a host of museums that enhance the cultural experience.

The historic stonewalled town of Gravina, found deep within the province of Puglia served as the perfect counterpart to Matera for this particular scene. Due to its ideal lookout position, different societies have inhabited the area as far back as the Neolithic era. From the Greeks to the Byzantines to the Romans, Gravina was coveted by many empires! This hub of deep history and heritage has left monuments of its past. The most poignant being a Roman aqueduct, the distinct architecture served as the perfect spot for a high-octane Bond stunt! Visitors can visit the ancient underground structures of Gravina Sotterranea, the rustic Parc national Alta Murgia for stunning views or the ruins of the ancient Castello de Gravina

James Bond spends a fair share of his time under the sun, but he isn't unfamiliar with the cold either. The tundra of a wintery Norway also appealed to the Bond filmmakers as they shot in two separate locations. Famed for its immense Fjords covered in verdant greenery in the summer and deep snow in the winter, many travel to ski, hike and even watch the Northern Lights!

‍
To the northeast of Norway's capital city, Oslo, the municipality of Nittedal is a frozen gem. The exact spot used in the film is currently unknown, but what we do see is a masked figure chasing a little girl on an icy lake. The problem is, there are many gorgeous lakes in the Nittedal region with deep sapphire waters in the summer that transform into solid thick ice in the winter - any of them could be a filming site! Nittedal is also home to multiple ski resorts which double up as great hiking routes depending on the time of year you visit! With Oslo in relatively close vicinity, be sure to visit the abundant array of museums with Vikings, polar explorers and ancient Nordic architecture on display. If you're after some serious culture, plan to see a show at The Norweigan National Opera and Ballet house, it is a contemporary marvel that exhibits some wonderful theatre.

There are not many words that can do the Atlantic Ocean road justice. Its use in No Time to Die is currently unknown, but it isn't hard to vividly picture Bond's Aston Martin gripping tightly to the twists, turns, highs and lows of this monumental 5.2-mile road that connects the archipelago. This speedway looks carved with the Norse Gods in mind as the roar of the waves crashes into its walls. You should take a look for yourself.

The most isolated spot on this list is the island of Kalsoy, part of the Faroe Islands. This archipelago consists of 18 islands due North of Scotland, West of Norway...but part of the Kingdom of Denmark. Kalsoy's narrow strip of land is nicknamed the flute because of its slender shape, housing an almost non-existent population between 80-150. The island is a filmmaker's playground with jagged steep cliffs on all sides, 13 sharp peaks and 11 valleys - nature’s full rugged power is on full display here. Explorers can set foot on this isolated realm by ferry from the town of Klaksvík on the isle of Borðoy, with many set on discovering the remarkable Kallur lighthouse or the mysterious statue of Koópakonan and the eerie legend that belongs to it.

‍James Bond's ancestral birthplace lies deep in the heart of Scotland at his fictional childhood home, Skyfall (also filmed in Scotland). With this in mind, it only seems correct that Scotland makes its return in No Time to Die. A section of the second trailer shows Range Rovers blasting over muddy mounds and hills in the dense countryside. The filmmakers took advantage of the idyllic raw landscape in the Cairngorms, the UK's largest and northernmost national park. The snowcapped mountains, thick forest trails and mysterious lochs provide many possibilities for the latest Bond flick. The area makes for a top travel spot too, the natural beauty aside, there are historically packed castles, a highland town frozen in time and of course, authentic whiskey distilleries.

‍
Starting from Skratch? Here are a Few Tips to Get Started: 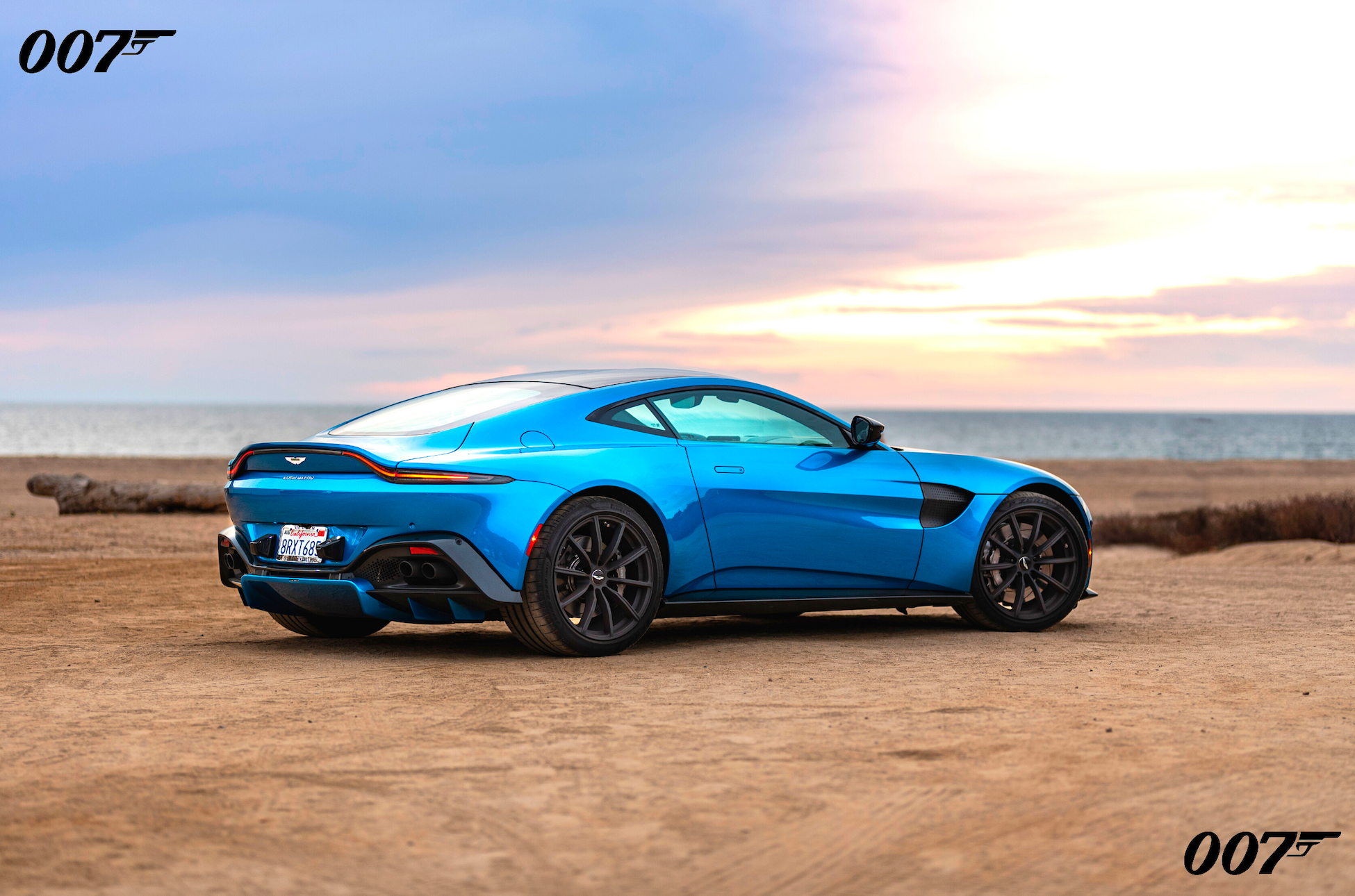 - No Time to Die has been delayed three times due to COVID - 18 months after its original release date!

- As of the release of the previous film, Spectre, the franchise has filmed in 49 different countries!

- This will be the 25th canonical Bond release.
‍ 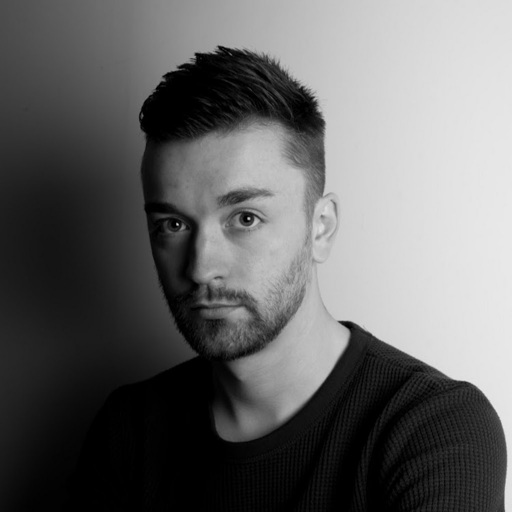