La La Land: A Step Beyond the Hollywood Boulevard

No film has been released in recent years that quite captures the feeling of old Hollywood like La La Land. A love letter of sorts to a day gone by, where stardom was born and dreams were made, the cinematic universe of Chazelle’s Oscar winning movie is sure to ignite nostalgia and yearning in any movie lovers’ heart.

Since its release, fascination with the West Coast has sparked up once again, encouraging a new generation of fans to seek out its famous movie landmarks, just like so many before them. With its shots of sun-drenched views, intimate jazz bars and golden-age locations galore, La La Land takes the viewer to real places around Los Angeles, making it the perfect inspiration for a thrilling road trip out West. In this article, we take a look at some of the real-life places featured in the movie, as well as some of the best palm-tree’d boulevards and romantic look-out points that could lend themselves to new perfectly choreographed musical adventures and love affairs.

In the movie, Mia works as a barista in a café within the studio complex, serving major Hollywood executives and famous actresses as she hopes for a chance at a break. Though the café doesn’t exist, the studio is open to the public as a tour and the strange fake streets and famous sets are a fascinating glimpse behind the camera. The Friend’s café ‘Central Perk’, huge soundstages and other recognisable places are all available to wander through in this guided tour.

As the only studio of the ‘Big Five’ to still be operating within Los Angeles, a tour around these studios could therefore offer glimpses into projects currently in production. Taken on a golf buggy around the vast site, visitors can get glimpses of the sets from classic films such as Breakfast at Tiffany’s, Forest Gump and Sunset Boulevard. Even more fascinating is the detailed street sets from cities like New York and Chicago, allowing filmmakers to do convincing location shoots without ever leaving the backlot.

Universal is the largest movie and TV studio in the world, and more productions have been shot here than anywhere else. More of a theme park experience than a simple tour, a visit to this studio is an exhilarating ride through iconic movie sets. From the comfort of a guided vehicle, visitors can inspect the realistic charred remains of an enormous airplane crash from War of the Worlds, enter an exhilarating 4D cinema experience of King Kong, get a terrifying visit from Jaws and Norman Bates from Psycho and finish in thrilling style with a Fast and Furious car chase cinema experience. For lovers of immersive thrills, this tour brings it all.

Next to Warner Bros studio is this much-loved restaurant. A classic haunt for Hollywood insiders, the restaurant also served as the fictional “Lipton’s,” where Sebastian worked as a pianist, paid to play Christmas tunes. In here, Mia fell for Sebastian’s not-at-all-Christmassy piano-playing, in one of the most heart-melting scenes from the movie. Reservations are a necessity at this popular place but are worth the effort for a romantic evening of good food and a chance to put yourself in one of this decade’s most iconic movie scenes.

In the hills above Beverly Glen lies this highly respected restaurant and jazz bar. Designed by jazz musicians, the acoustics and design of the bar maximise listening experience and place emphasis on the music. For those seduced by the music of the film and looking to experience some of LA’s jazz scene for yourself, this is the place to go.

Down by Hermosa Beach, this venue served as the site for Mia and Sebastian’s jazz bar date. A real-life jazz bar, many of the most legendary names have performed here and music continues to be played, from a variety of genres, throughout the week. With its moody neon-lit signage and wall art depicting scenes from mid-century Hollywood, this bar certainly lives up to its stylish depiction in La La Land and guarantees a great evening of modestly priced drinks and high-quality music. Entry is free in the week, with a $5 cover charge at weekends.

Our final late-night spot is The Blind Donkey, which got the honour of being the location for the jazz club Sebastian finally sets up at the end of the movie. Though not a jazz bar in real life, this bar is a whiskey lovers heaven and offers a large selection of American, Irish and Scottish whiskeys, as well as bar food.

This section of Griffith Park has exploded in popularity in recent years as visitors flock to recreate perhaps La La Lands’ most iconic scene. After leaving the party, Mia and Seb walk to this corner of the hill to marvel at the extraordinary views of the San Fernando Valley and perform ‘A Lovely Night’. Though the bench may not actually exist in real life, that doesn’t stop visitors stopping by in yellow dresses and shirt and tie to recreate the film’s movie poster, and see the views across the city for themselves.

This is where Seb sang the beautiful ‘City of Stars,’ staring pensively out to the Pacific Ocean. Los Angeles’s beaches are some of the best in the world. Whilst soaking in the sunshine, why not take a little stroll down this pier for yourself? Built in 1904, the pier is now a popular fishing spot and is close to great bars, food stops and bike rental/surf shops.

Already a movie pilgrimage site thanks to its prominent feature in the movie Rebel Without a Cause, this observatory is free to visit and offers stunning views across the valley. Built in 1935, the observatory is still a working planetarium and makes a great spot for a day out, gravity defying physics notwithstanding.

Seb and Mia spend a lot of time wandering around and getting lost in LA, and there is no better place to do that than here, one of the city’s oldest and most popular food markets. Explore the stalls and sample the mouth-watering cuisine from around the world, if you can possibly choose.

If you came to LA to have a classic West Coast experience, rent a convertible car, pile in your friends and drive down this palm tree lined road. Featured in countless movies and instantly recognisable, a ride down this boulevard will still make you feel like a young glamorous actor, dreaming of making it in the big city. Though other parts of the city may have more character and local charm than the tourist dreamland of the Sunset Strip, who ever came to LA for authenticity? From the movie sets to the Hollywood Boulevard, LA is a theme park of romantic excess and chased fantasies.

🎬 Starting from Skratch? Here’s a few tips to get you started: 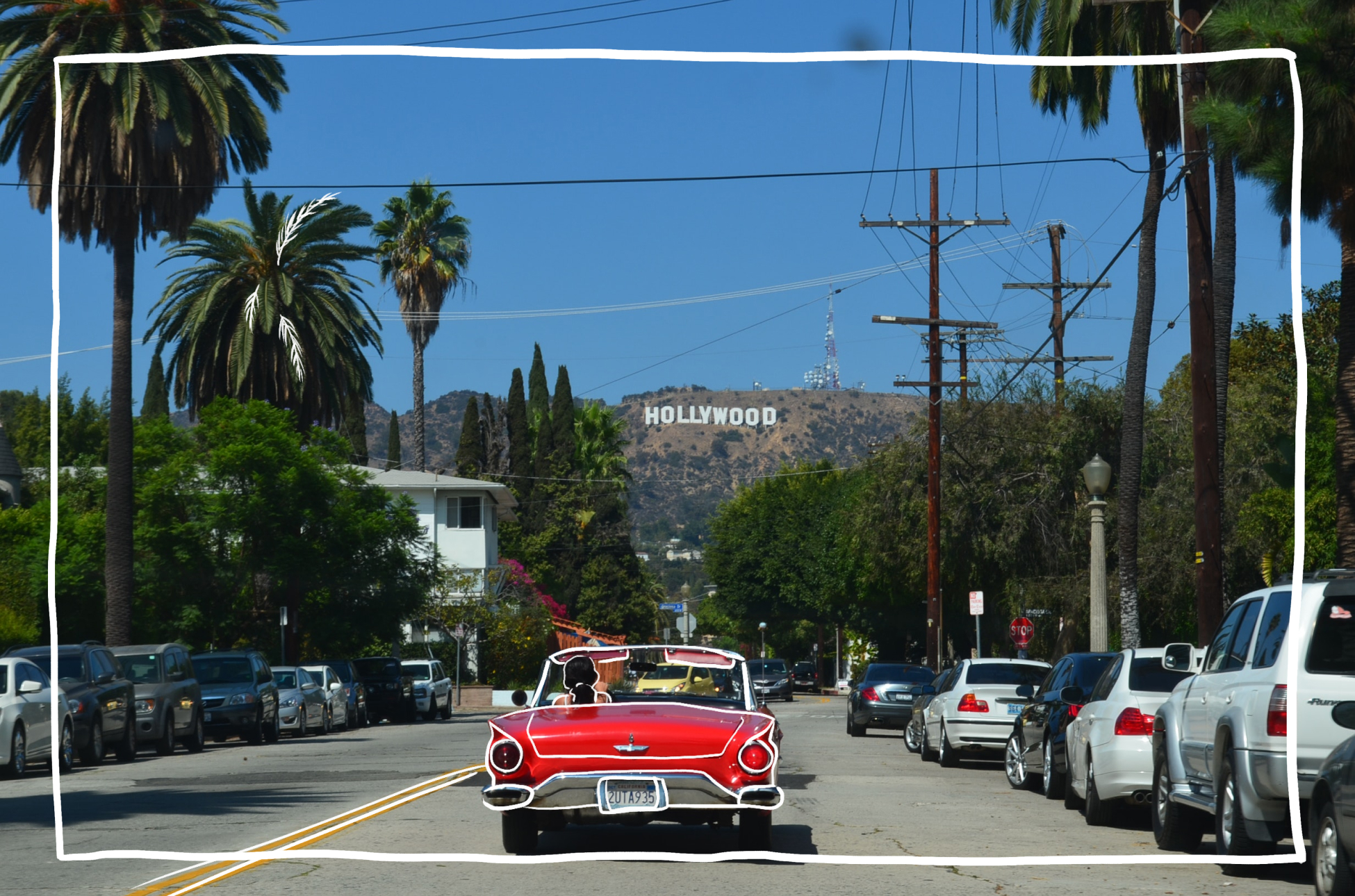