Amsterdam – And Why You Should Go to Utrecht Instead

Amsterdam has always been a must-visit for any European city tour, with its breath-taking canals and iconic narrow houses. Yet in recent years, mass tourism to the city has, like so many other famous tourist destinations, made a visit to Amsterdam far less idyllic than one might think. For your next trip to the Netherlands therefore, considering going a little off the beaten track by visiting the smaller, neighbouring city of Utrecht. With its own beautiful system of canals and trendy shopping streets, Utrecht is all the beauty of Amsterdam – with a fraction of the crowds.

From loud groups of young (English!) men stumbling down the Red-Light District, to the harsh glare of a Bulldog coffeeshop on every street corner, Amsterdam is shuddering under the weight of hedonistic holidaymakers. Garish orange tourist boats form a constant stream along the inner-city canals and the famous Dam Square is muscled on all sides by a Madame Tussauds and various giant department stores. Sure, the city still has the ability to amaze and delight, with areas such as de Jordaan and de Pijp a quiet haven away from the tourist-hijacked central streets. However, if you want to stroll along quiet canals without the interference of intoxicated lads, Utrecht is the new place to be.

Amsterdam is known for its impressive art museums, from the Rijksmuseum to Van Gogh. However, Utrecht also has plenty of interesting educational spaces. The Centraal Museum is the oldest municipal museum in the Netherlands, with its large collection of modern art, and dedicated collections to the internationally known children’s character Miffy (Nijntje), the artist, Dick Bruna, being a local resident.

Utrecht is also a pilgrimage site for lovers of De Stijl, an art movement which epitomised geometric lines and primary colours. The Centraal Museum contains thousands of objects from iconic Stijl designer Gerrit Rietveld, such as his ‘Rood-Blauwe Stoel’ (Red and Blue Chair). Just down the road is also the Rietveld Schröder House, an architectural marvel and influence to many contemporary building styles today.

The canals are undoubtably the jewel of the Netherlands. From cycling down the cobbled streets in the mornings, to sipping an Amstel in a canal-side café in the evening or even taking your own boat out onto the water, this is the Netherlands at its most beautiful.

Though Amsterdam’s canals are spectacular, Utrecht can certainly compete. Join a boat tour or hire your own, and explore the beautiful medieval streets from the water, seeing wharf side houses of the Oudegracht and double docks that characterise this city. Unlike Amsterdam, the presence of docks on each side of the canal and their dock cellars means there are a vast number of cosy canal-side cafes and restaurants, allowing you to have a meal right next to the water. There are also plenty of bridges for you to capture that oh-so-important bridge picture!

Taking a break from the sightseeing and collapsing in a park is a staple of any trip, and Utrecht has you covered. Though Vondelpark in Amsterdam may be bigger, Utrecht wins on pretty, with its botanical garden, Oude Hortus. This meandering garden of exotic plants and winding paths is a popular spot with students, being located next to the university.

Originally a garden for educating medical students about medicinal herbs, the space now contains all sorts of beautiful plants and rock gardens, as well as greenhouses. Take a stroll down one of its two garden routes and collapse in the grass for a blissful escape.

For Delicious Food and Drink:

Being a smaller city than Amsterdam, one would assume that the choice of bars and restaurants would be greatly diminished. In fact, Utrecht has some of the best places in the Netherlands, from cheap eats to gourmet delights. Inhabiting the spaces of the ex-warehouses that lined the canals, these trendy bars are often combined arts spaces, offering food alongside drinks, art exhibits and live performances. One such place is Talud9, a trendy coffee and wine bar, offering charcuterie-style food platters and live music.

For plenty of options, head to Drieharingstraat, a buzzing restaurant alley. For seafood, try Vis en Meer, a beautiful large restaurant with a daily menu of fresh fish.  Finally, no trip to the Netherlands is complete without sampling some Indonesian food (a highlight of Dutch cuisine due to the Netherlands’ colonial past), and the best place to go in Utrecht is undoubtably BLAUW. This place has the choice of three set menus (fish, meat or veg), where 15 small dishes are brought to your table, full of mouth-watering Indonesian food for you to sample and savour.

For Places to Stay:

Amsterdam is famous for its hefty accommodation prices (even dorms in hostels start at around €40). Getting out of the big city can be a lot cheaper, and Utrecht (though certainly not as cheap as other Dutch cities), offers cosy places at more stomachable prices. For hotels, The Anthony Hotel combines the best of luxury, comfort and location. Located in a former monastery, this distinctive building has been beautifully designed and decorated down to the smallest detail. 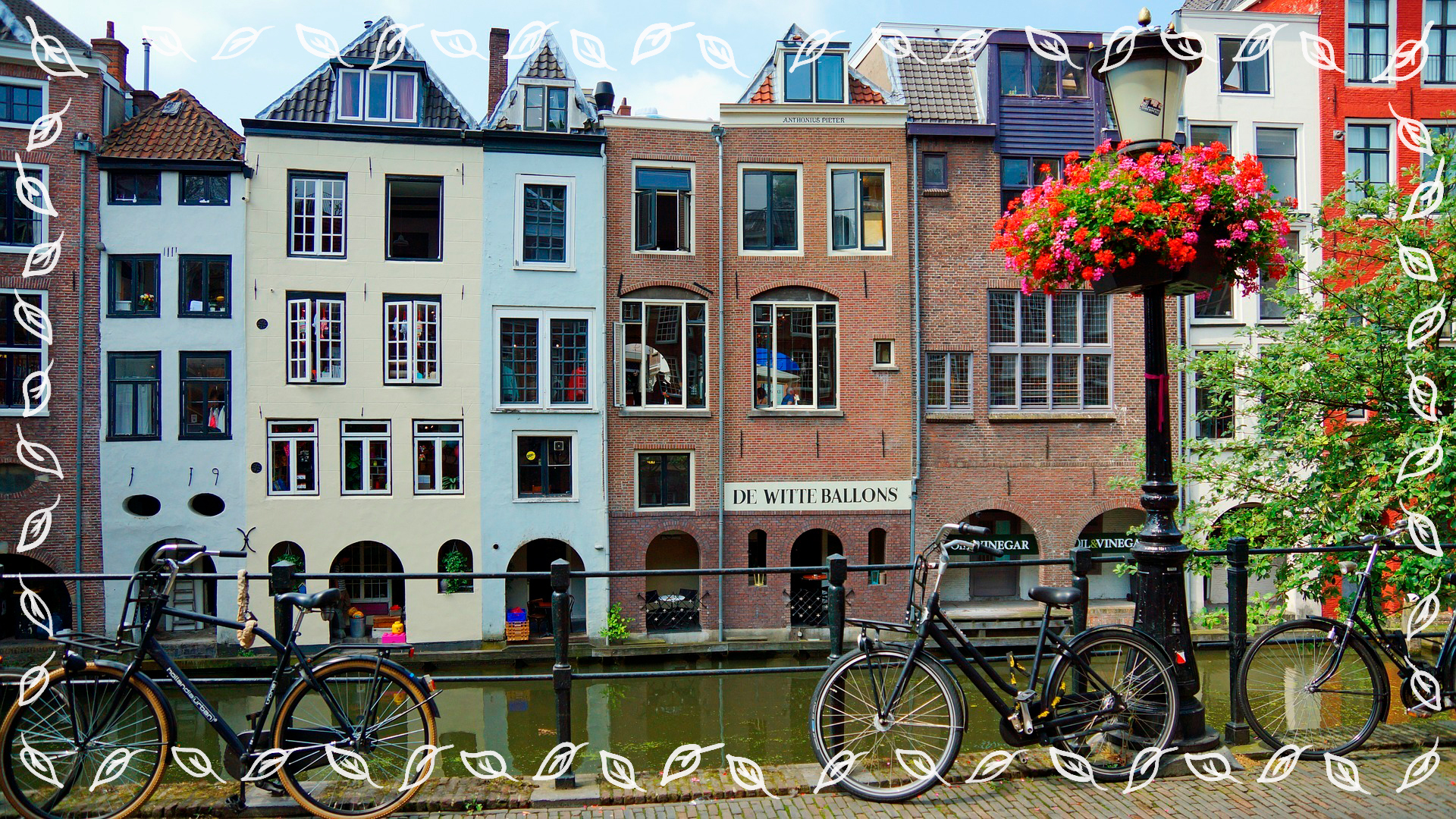 The Netherlands - Facts before you go