Visiting Bangladesh: Everything You Need to Know

If there’s anything that the lifting of many pandemic-related restrictions has reminded us of, it’s how much we miss travelling. Whether it’s constant bombardment of friends posting their reels to social media of their 3-year delayed holidays or travel companies filling ad spaces with constant reminders to get away and take advantage of the sun, it’s hard not to have travel on the mind right now. However, as keen as you or I may be to take a vacay to an island paradise or glamorous city getaway, there’s been no better time to skip out on the instagrammable destination hype and head to somewhere slightly off the beaten path. This is where Bangladesh comes into play.

As well worn as our world is, it’s easy to forget the charm of visiting a nation that has yet to fully hit its stride. Like some beautiful summer blooms, Bangladesh is a country that has been on the up and up for a while now, but still has yet to take roots as a South Asian travel mainstay. This is partly due to unfortunate pre-conceptions the nation has been saddled with that come from a history of poverty, something that the country has been working towards ridding itself of in recent years. While the population had a poverty rate of 44.2% based on the international poverty line, it has rocketed down to 13.8% as of 2016/17 and has only improved, drawing the attention of big investments from a variety of companies, as well as the Japanese government, who see Bangladesh’s rapid growth in recent years as extremely promising. Economic growth aside, the country finds itself somewhat struggling to make a name for itself in the tourism market due to the unique circumstances of the nation’s geography.

Bangladesh finds itself nestled in between India and Burma in the low-lying Ganges Delta, the largest river delta in the world. This mighty river delta covers more than 41,000 square miles and pools water from rivers located in Bhutan, Tibet, Nepal, and even gathers run-off from the Himalayas before emptying it into Bengal Bay. This impressive natural phenomenon provides great boons in terms of fertility for the surrounding regions, but also spells uncertainty for living near it. Half the country comes under flood during the annual monsoon, with global warming threatening to increase that amount as time goes on. The monsoon will  normally be in effect between June and October, meaning that the torrential downpours are coupled with highly humid air, although this will be a problem for any of the warmer months. It goes without saying that this is far from the best time to visit, you’re much better off booking your trip from October to March when the weather will be far more tolerable.

It is at this point that you will find yourself having to confront exactly what makes Bangladesh so magical, the imagery of locals riding strewn-together rickshaws along prolific country roads that are on the verge of being submerged by the River Ganges. This situation has given life to the Sundarban mangroves, a system of forests that hug the Delta Ganges. Lying adjacent to the border of India’s Sundarbans World Heritage site, which was named as such in 1987.  On the northern border with India you'll also find yourself near the crystal clear waters of the Dawki River.

If you ever find yourself riding a rickshaw along this legendary delta, you might be lucky enough to take note of the legendary fauna you will see along this trek. If your luck supersedes that of the deities tied to the river itself, you may manage to lay eyes on the royal Bengal Tiger, as well as the estuarine crocodile or Indian python if you are super lucky. Regardless of the reasons you like to go on holiday, you would be remiss to not consider booking yourself a Bangladeshi boat trip, or at the very least putting some time aside to hike through the country’s many beautiful plains and see what a truly verdant landscape mother nature has managed to cultivate there.

We’ve gushed plenty about the beautiful nature Bangladesh features, and while that is certainly still the country’s primary draw while its tourism industry is currently underdeveloped, we don’t want to downplay what a big part the Bengladeshi’s play in making the country so appealing. Few places manage to exemplify this quite like the country’s capital, Dhaka. Formerly the primary port for the whole of Bengal, the city sometimes struggles to find its fans due to its less than glamorous appearance. From its rowdy rickshaw-crammed streets, to its washed out colonial buildings that lay as a reminder of the country’s past as East Pakistan. Following a civil war in 1971, the country managed to gain independence, the repercussions of which are still being felt to this day. The unfortunate state of the structures is partly responsible for the negative image people hold of the country, as there’s little to point to in the way to outstanding landmarks and major attractions that are easy to generate interest and engagement with. The constant cacophony of car horns and rickshaw bells can easily overwhelm the uninitiated, but for those willing to push past the sensory overload, there’s plenty to love here.

First and foremost is the Bengladeshi people themselves. The streets are lined with thousands of active locals and they are notorious for extending greetings and hospitality to visitors. It may come as a cultural shock for some to encounter such a friendly and inviting populace, but their endless curiosity about worlds beyond their own and willingness to learn from strangers makes interacting with them a uniquely pleasant experience. Another big reason to love visiting Dhaka is the local cuisine. It should come as no surprise that such a largely waterlogged country is so big on sea food, but fish curry is one of the major go-to meals across the nation. If meat isn’t your thing, however, you are in luck as the country is also huge on lentil-based curries on soups. It certainly isn’t the place to gorge yourself on gourmet grub, especially since much of the city’s establishment have less-than desirable hygiene standards, but if you are able to find yourself a reputable spot selling homely, home cooked food, you are sure to leave with your belly and soul succinctly satisfied.

Starting from Skratch? Here’s some tips to help you out 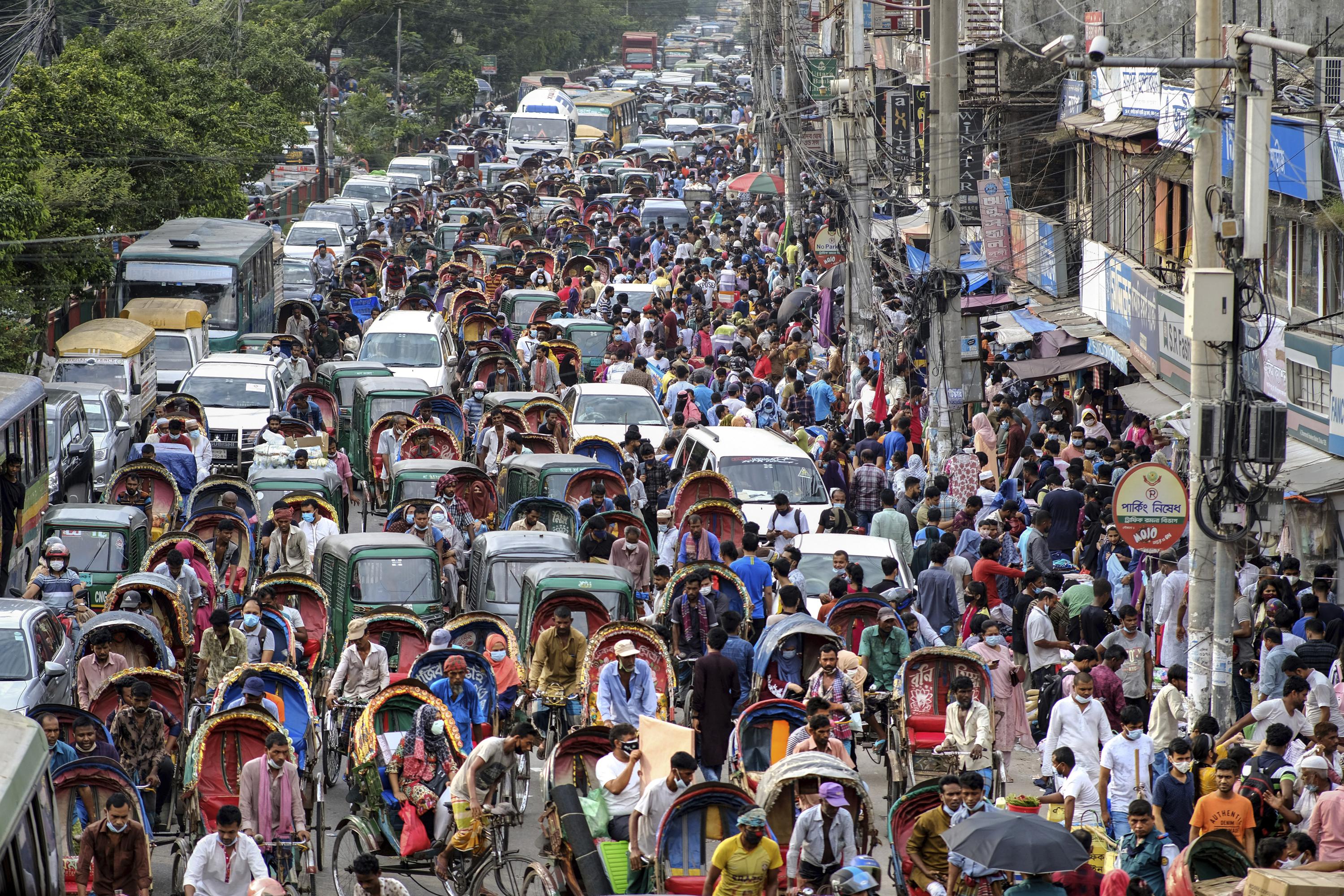 Bangladesh - Facts before you go