The Tazara Railway: From Tanzania to Zambia by Train

The Tazara Railway is a trans-African rail journey with a twist. Maybe you've never heard about this route before or perhaps you've come across intriguing tales about the Tazara and are curious to know more. Either way, this definitive guide will prep you for the journey of a lifetime aboard the legendary Mubuka Express.

Travelling across Africa by train

If you've ever dreamt about travelling across Africa by train, then perhaps you are seduced by the idea of journeying across the savannah in a snug, gently air conditioned compartment.

The Tazara Railway is not - we repeat not - one of those romanticised African train journeys!

But if your African train fantasy includes things like plush seating and fancy cabins with wood panelling, Tazara Railway might not be for you.

Since it was first completed in 1975, the Tazara has been a train for the people with Tanzanians and Zambians hopping aboard for the purpose of trade, business and getting from A to B.

Companies like Rovos Rail on the other hand, run a number of luxury African train journeys that cost an arm and a leg but are inspired by the kind of colonial-era train that chugs across the Kenyan savannah in the opening sequence of Out of Africa (if you've never seen these opening credits, definitely watch them below).

Despite it not being the fanciest of railway lines the Tazara is definitely a train journey worth taking. A very affordable ticket will take you on a memorable multi-day, bi-country adventure from East to South Africa.

Where is the Tazara Railway?

The Tazara Railway runs from Dar Es Salaam to Kapiri Mposhi, along an 1860km route.

Passing through the vast plains of Tanzania, your journey will lead you through the biggest game reserve in Africa - Selous Game Reserve - which covers an area larger than the Netherlands. The train then winds its way up into Western Tanzania and the mountains region of Mbeya before descending and crossing the border into Zambia and arriving at the trains final stop - Kapiri.

In total, the express passenger train (known as the Mukuba Express) stops at about 12-20 stations. Tazara's website also mentions a longer cross-country route on their "ordinary train", via about 60 stations.

This whole route should take between 2-3 days, but relying on a definite schedule can be a bit tricky since the trains are often delayed (more details on what to expect from the journey can be found below).

Why is the Tazara Railway so legendary?

The main reason we call this route legendary is because of its mildly hazardous, unpredictable identity 😬 .

Each trip aboard the Tazara is a throw of the dice. Once the train pulls out from the station, it's hard to know what lies in store for Tazara passengers...

Perhaps your ride will be smooth, relaxing and drama-free. Maybe the most excitement you'll get is spotting a load of cute Zebras munching on shrubs track-side.

On the other hand, in the dead of night, maybe the train will suddenly jolt to stop because a herd of elephants have been spotted up ahead and are blocking the tracks (#truestory). Or perhaps the train might even break-down mid-journey and you'll be stranded in the middle of nowhere for hours on end(#alsotruestory).

As far as train journeys go, this railway has come to have a rather infamous reputation.

The internet is full of tales about Tazara journeys gone wrong. And while the locals are pretty used to breakdowns and not-so-smooth-rides, Tazara first-timers are not.

Is travelling on the Tazara Railway safe?

Definitely don't be put off by the prospect of something possibly going wrong on the Tazara!

There are many things that make this route exceptional and in the spirit of adventure we say hop aboard to find out what your own Tazara experience entails.

Activate a "go-with-the-flow" mentality and don't allow your African adventure be derailed by videos with crazy titles like this one:

The History of the Tazara Railway

It's true that as travellers, we sometimes have the propensity to romanticise all journeys - even the ones that involve break-downs, mishaps and setbacks.

With the Tazara, there is an underside to this drama-prone route which points towards a history of mismanagement, near bankruptcy, and a train journey that threatens to be no more.

In recent years the railway line has been on the brink of collapse and the Tazara generally hasn't aged well. But while the future of the railway is uncertain, the line continues to be an important mode of transport for the communities along the track and, of course, adventurous travellers!

Who built the Tazara Railway?

The founding fathers of the railway are Zambia and Tanzania's first post-independence leaders, Kaunda and Nyerere. Their idea was to build a line that could be used to transport minerals and resources between East and Southern Africa (especially from Zambia's copperbelt).

The line came to be known as Uhuru Railway, or Freedom Railway, although it has also gained a bunch of other nicknames like TaZa Rail and Tanzam Railway.

Funded by the Chinese (who also helped construct the line),the track was completed in 1975 and marked China's first development project in Africa. In today's terms the project cost the equivalent of $2.71 billion.

Since the 1970s, the Chinese have built railways across different parts of Africa and many of those lines operate with a strict on-the-dot schedule. The Tazara is one line that has retained its own idiosyncratic identity: it doesn't always leave on time, it pulls up to stations late, and sometimes - things break down.

What to expect when travelling on the Tazara

Here are some fantastic things to look forward to before making this journey:

Why not use the Tazara to travel from Zambia to Zanzibar? Hop on the train at Kapiri Mposhi then once you're in Dar Es Salaam, take a two hour ferry and end your trans African train journey relaxing in an island paradise!

How to Book Your Ticket

Tickets can be reserved on the website via email. We recommend doing this ahead of your actual trip to make sure you actually receive a reply and secure your booking. There is also the possibility to reserve tickets at the individual stations if you are already in Tanzania or Zambia.

Prices for all tickets can be found here.

Note that at the time of publishing this article, Zambia-Tanzania border crossings are suspended due to Covid-19. An adjusted route is running so check this recent schedule. 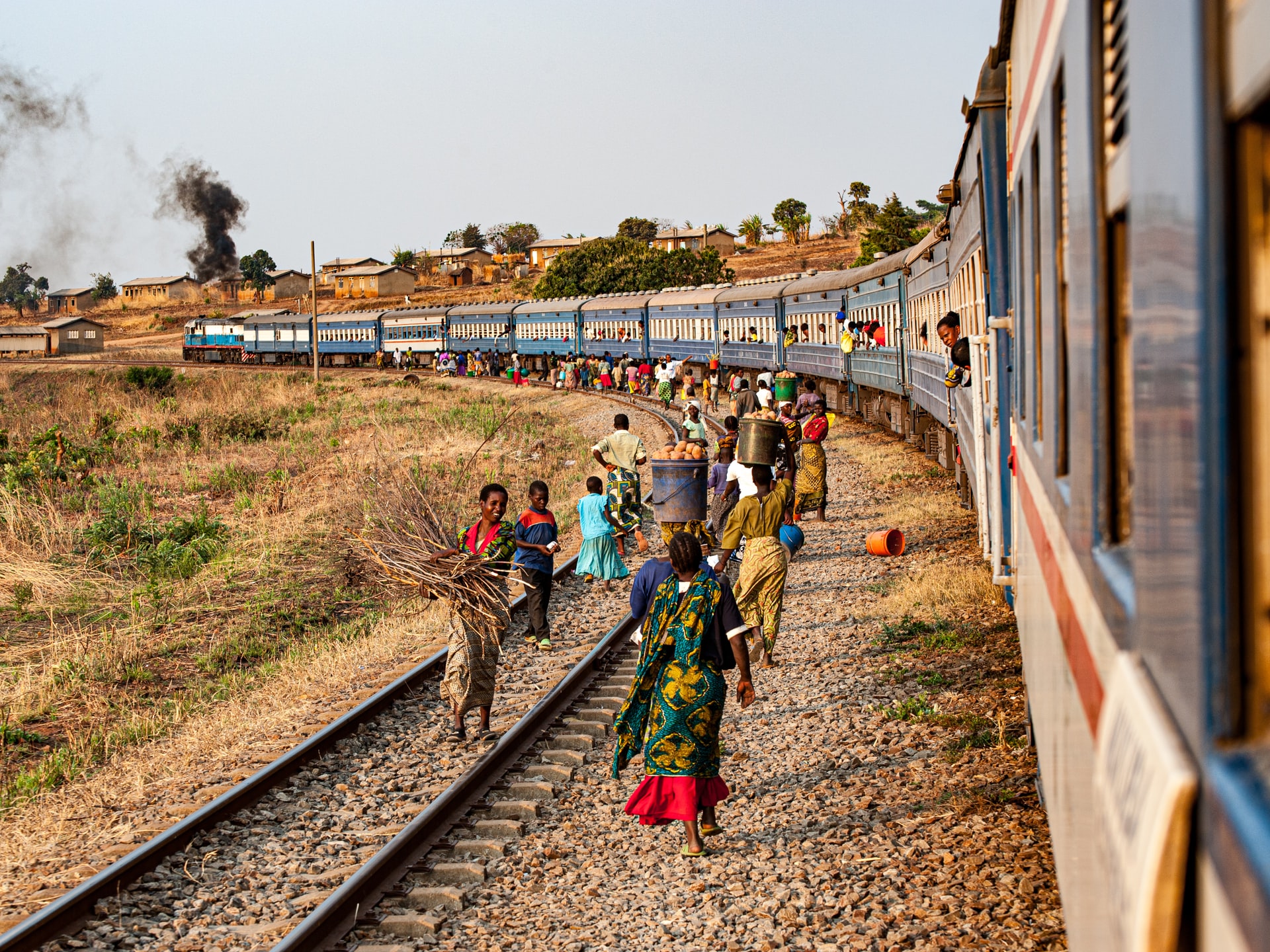 Tanzania to Zambia - Facts before you go