The Most Mysterious Places to Visit on Earth

Some people go abroad to relax, soak up some sun and escape the stresses of everyday life. Others, however, crave the excitement of new adventures, to experience something they’ve never felt before and open their eyes to new wonders. For that reason, the internet is crawling with shared spots of mystery and intrigue, sparking the curiosity of intrepid explorers. Whether you are bold enough to actually seek out these places, or simply love to read about them from the comfort of your own home, here are our picks for the most mysterious places on earth.

This 19th century bridge in Gablenz is famous for its striking arched structure which appears to form a miraculously perfect circle when reflected in the water. The structure of the bridge is made up entirely of delicately balanced stones pushed together, the force of each one against the other keeping the bridge firmly in place. However, the precarity and danger of such a structure has earned it the moniker of “devil’s bridge”, and nowadays, no visitor is allowed to cross it.

This small waterfall in the Shale Creek Preserve of western New York is a fascinating natural phenomenon. Due to the emission of natural gas in a small grotto at the base of the waterfall, a small flame is ignited that lasts nearly year-round. The sight of such a flame nestled within a running fall of water is a fascinating quirk of nature and attracts daily visitors to come view the “eternal flame” for themselves.

This bizarre forest in Poland contains over 400 pine trees all with the same dramatic crooked “sickle” shape from the base. Though no explanation for this effect has yet been given, researchers believe it may have been the work of a human tool or technique, perhaps to create a naturally occurring curved wood for furniture or boat building. Others believe they may have been bent in a snowstorm. Whatever the reason, the forest is a fascinating example of wacky nature and worth a woodland day out.

Perhaps one of the most famous mysteries of all, this island is iconic for its gigantic head statues, known as Moai. Supposedly deriving from ancient Polynesian inhabitants (around 1200AD), there are around 887 monolithic stone statues on the island. Despite being known as the Easter Island Heads, even more fascinating is the discovery that the vast majority of these carvings have bodies, buried underground or covered up to their necks by shifting soils. Almost 95% of the statues are made of volcanic ash or tuff, a rock that is soft when wet and easily carvable. Although there has been much dispute over the centuries about the meaning of such carvings, it is now generally accepted that each statue was made to represent the deceased head of a lineage.

This waterfall in Antarctica horrified early explorers, its natural red colour making it look like the site of a grizzly slaughter. However, it is in fact due to a strange combination of processes over millennia. Around 2 million years ago, a small body of water was trapped behind the glacier, carrying a small group of microbes. These microbes evolved independently of the rest of the world, and are able to reproduce without light, oxygen or heat. They produce a substance that is very rich in iron – giving the waterfall its red colour. This amazing feat of nature proves that life can evolve to weather even the harshest environmental conditions and has fascinated scientists for decades.

In 1947, a “flying disc” was recovered from a ranch near Roswell, New Mexico. Since then, the legend of the flying saucer and the various conspiracies - aliens, government cover ups, USSR spies, still do the rounds on the internet to this day. Over the past-century, the town of Roswell has embraced the global interest in the flying saucer by opening up an International UFO Museum and Research Centre, as well as countless tourist shops and alien tours of the area.

The Darvasa gas crater and aptly named “Door to Hell” is a gigantic crater full of burning hot lava in Turkmenistan. It was accidentally created after the collapse of a cavern in 1971. Geologists intentionally set it on fire in order to prevent the spread of deadly methane gas into the atmosphere, and it is still burning today. Though horrifying for its fiery depths, the crater has attracted visitors from the world over, to witness the inferno for themselves. In fact, the Turkmenistan government is hoping that it will become a popular tourist destination.

Another hole of great mystery is the Great Blue Hole, a marine sinkhole off the coat of Belize. At 124m deep, the hole has attracted divers for decades, eager to explore its murky depths. Around the surface of the hole, the water is unusually crystal clear, allowing divers a rare opportunity to get a good glimpse of exotic aquatic animals and breeds of fish. To this day, the depths of the hole have not been fully explored, and many legends tell of great wonders and horrors at its base.

The Nazca lines in Peru are a series of geoglyphs in the soils of the Nazca Desert, meaning a man-made formation of durable lines in the landscape itself. Many of these lines resemble animals and plants and can measure up to a kilometre long. Though no-one knows where they come from and why, researchers predict that they may have been designed as astronomical markers, to show where the sun and planets rose on different dates. They also suggest that they may have been made at any time between 600 and 200 BCE, and various written reports as far back as 1553 have described their strange appearance.

This town is both the northernmost town in Russia and the most polluted, giving it the reputation of the “most depressing town on earth”. As a former gulag and major industrial exporter of nickel, the locals here live in a harsh, unforgiving environment, way up in Northern Siberia and unconnected to anywhere by road. Due to its enormous pollution levels, it has experienced countless strange phenomena, such as rivers turning blood red and random pockets of oxygen-less air popping up all over town. Today, curious filmmakers and lovers of brutalism and dystopian architecture are increasingly making the long journey to this tiny closed-off city, to discover what it must be like to live in such a harsh environment and experience a way of life far more difficult than our own.

Starting from Skratch? Here’s a Few Tips to Get you Started: 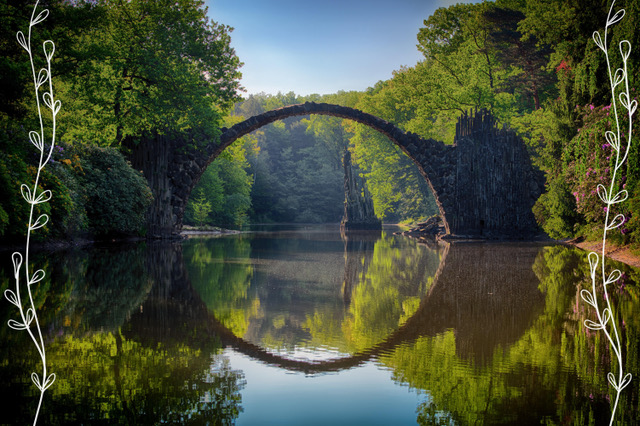 Germany - Facts before you go

💵 Generally around 10% and for small services