Rome: And Why You Should Go To Naples Instead

Deciding on an Italian city to visit can be pretty tricky. We sympathise with any traveller who is stuck skratching their head wondering which one to pick, as the country is dotted with a number of beautiful cities - some perched on sloping coastlines, others teetering on the edge of lagoons - and each with its own distinct identity.  So, to help alleviate the burden of making a decision, this article will explain why you should be skipping Rome and heading straight for Naples.

Unsurprisingly, Rome is one of the most visited cities in Italy. With its might of world-famous monuments and reputation as a global bucket-list destination, millions of visitors flock to Rome every year. This makes it not only the country’s geographical capital, but tourist capital too, and an obvious choice for anyone looking for a good dose of Italian culture. However, just 140 miles south, spread beneath the shadow of Mt. Vesuvius, is Naples - the country's third largest city which has the kind of charm you won't find in Rome.

The city of Naples is more disheveled than Rome. Its buildings aren't as well tended, and it's a little run-down and rough around the edges. But despite all of this and also because of it - Naples is utterly charming.

In fact, it is precisely the city's underdog status that gives Naples its winning edge. Beyond the pasta, palazzo’s and piazza’s you’ll find in other Italian cities, Naples gives an unapologetic glimpse of an Italy that doesn't bend over backwards for the tourists. It’s a living Italian city that doesn't pretend to be anything it's not.

For a long time, the city has been side-stepped and dodged by travellers. A quick Google search or scroll through Reddit, reveals traveller forums alive with whisperings of a city full of chaos and eye-widening rumours of danger lurking down alleyways. Just a few minutes reading these can make you think that an innocent journey from your hostel to get some pizza might result in a dramatic ambush by the local Camorra mafia.

All of this makes for juicy reading more than anything else, as yes - like any city - there are parts of Naples that have a sketchy reputation. The city is also definitely less glitzy than its glamorous neighbours of Capri and Sorrento. But while the negative rumour mill turns, anyone who has discovered the beauty and charm of Naples will click their heels in glee and continue enjoying everything that Naples has to offer - minus the hordes of tourists found in places like Rome.

We have carefully curated a selection of the best ways to enjoy Naples to experience the city for what it is.

‍
The full Neapolitan experience can be had by wandering the city streets. It is here, on the cobblestone thoroughfares, where Neapolitan life really happens. The centre is a myriad of narrow alleyways. Buildings are strung together by lines of laundry which ladder the sky and cast silhouettes of local domestic life against the bustling outside world. You really can’t say you’ve sampled Naples city life until you’ve spent a day dodging mopeds, gazing at the selection of curiosities laid out on market stalls, or getting lost down a network of alleys in Quartieri Spagnoli, the Spanish Quarter.

The Best Streets in Naples

Spaccanapoli Street - From vendors selling their wares, to neighbours calling out to each other in balconies up above, this street has a head-swivelling array of things to see. It runs a straight course through the centre, dividing the city in two parts (the name translates to “Naples Splitter”).

Via dei Tribunali - Representing 850 meters of history and pizzeria's, you can find over twenty different churches on this street (including Naples Cathedral) as well as lots and lots of pizza. It has even gained the nickname “Pizza Alley” for the mass of restaurants found along it.

Via San Gregorio Armeno - ‍This snug alleyway is where you will find all those touristy bits and bobs, like that magnet for your mum’s fridge, but more niche souvenirs can also be browsed or bought. Here local craftsmen display the ancient art of Neapolitan Presepe - nativity scenes which are a traditional part of the Italian home and have evolved to include more wacky, modern variations with politicians and pop-stars.

Piazza Bellini - Okay so technically this is not a street at all. It is a square, beloved by locals which has become particularly popular with the city’s youth. Students often head here in the evening to hang-out in the bars and cafes, as the crumbling ruins in the square's centre, are set against the bursting green of citrus trees, creating a beautiful spot to spend some time.

The Best Activities To Do in Naples:

Naples is a supreme destination for feasting on the glorious Italian food staples. We also can’t forget that Naples is the place where pizza originated. Let that fact really sink in for a second, as what other reason to visit this city than to pay dutiful respects to the place that has given us pizza?

The most Neapolitan thing to drink is undoubtedly coffee. Downing copious amounts of the stuff is perhaps the only real danger of this city, as coffee lovers around the world rave about the superior quality of coffee found in this city. Below are of some of the best cafes to check out, as well as other top drinking spots.

Best Places to Drink in Naples: 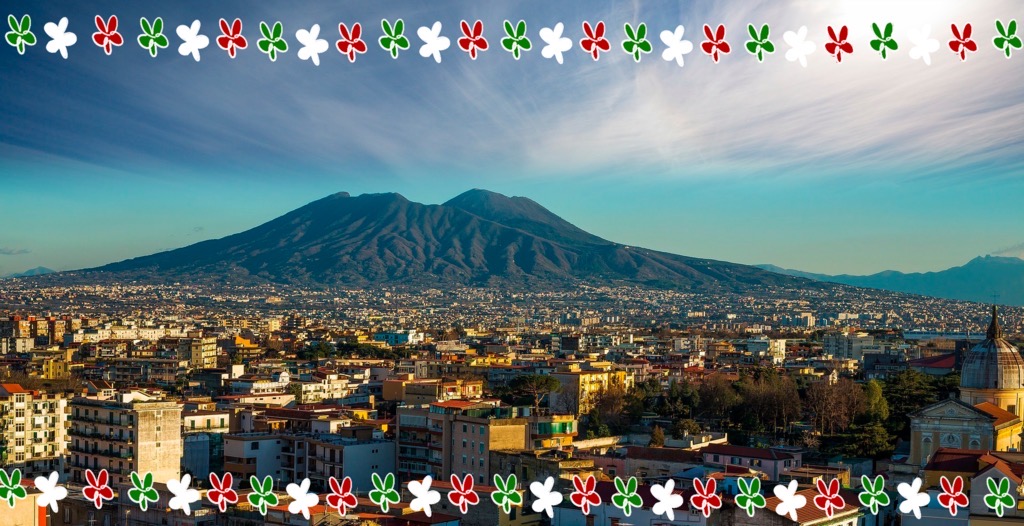 Naples - Facts before you go

Not expected, but welcomed (sometimes a 10% - 15% service charge is added to bill)