In the 1960s, the music of India exploded onto the international scene, thanks to a now-iconic collaboration between The Beatles and Indian classical sitarist Ravi Shankar. The distinctive sound of that instrument soon became a defining feature of the worldwide psychedelic rock movement and put Indian music firmly on the map. Locally, Indians would argue that this is just one of a huge range of musical styles and genres that have developed over the years. From Manipuri dance to Goa trance, we take a deeper dive into the sounds that have this sub-continent rocking.

The two main forms of classical Indian music are Hindustani and Carnatic music. Hindustani music dates all the way back to Vedic times, where hymns from the Samaveda religious text were sung. In part due to the influence of Persian performance during the Mughal Empire, Hindustani music has a distinct Islamic influence.

Carnatic music, on the other hand, can be traced back to the 14th centuries AD and originated in South India during the Vijayanagar Empire. Carnatic music emphasises vocals in particular, with instrumental elements all designed to complement the singing style. The city of Chennai in India has an 8 week long Music Season, starting in the month of December, celebrating this classical music style and attracting hundreds of thousands of viewers for the live streamed performances.

From classical music developed a long tradition of folk music, a style very much still seen in Indian music today. This genre is as diverse as the country itself, with music sung in hundreds of languages and dialects (India has 447 native languages). From the North to the South, the musical style changes, with different instrumentation choices, rhythms and tempos varying to suit local culture.

One of the most popular styles is Bhavageeethe, a form of “emotion poetry” by which lyricism is used to convey profound emotional topics on love, nature and philosophy. This genre can be heard throughout the nation but is particularly popular in Karnataka and Maharashtra.

Another popular style is Manipuri dance, stemming from the Manipuri people in the Himalayan foothills. In Vedic tradition, the goddess Usha was said to have taught the art of dance and music to girls and is seen to encapsulate the spirit of the Manipuri people. Manipuri music combines love-inspired themes, the worship of deities and storytelling, with dance and costume a vital element of its performance.

To watch a beautiful example of Manipuri dance, check out this YouTube performance.

Music in the 20th and 21st centuries in India cannot be separated from Bollywood and the influence of the movie industry. Since the rise of Bollywood, during the 20th century, music has adapted along with it, with spectacular scores and patriotic themes being created to accompany epic cinematic stories. Today, songs from Indian movies make up 72% of music sales, and is known as “filmi” music, the most popular genre in India.

Combining classical styles with western orchestration, music directors are world renowned and some of the top writers have written for hundreds of Bollywood movie scores. A. R. Rahman, in particular, has been recognised as one of the most internationally famous and respected movie songwriters, with his music for the movie Slumdog Millionaire (2008) earning him an Oscar for Best Original Score (and the subsequent nickname “Mozart of Madras”).

There has even been an uncomfortable tradition of plagiarism by international artists of Filmi songs, such as the Black Eyed Peas’ use of the songs: ‘Ye Mera Dil Yaar Ka Diwana’ from Don (1978) and ‘Ae Neujawan Hai Sab Kuchh Yahan’ from Apradh (1972) for their song ‘Don’t Phunk With My Heart’. A lawsuit was also filed against DJ Quik and Dr Dre for their use of the song ‘Thoda Resham Lagta Hai’ from Jyoti (1981) in their song ‘Addictive’.

The American hip hop producer Madlib released a volume for his Beat Konducta series titled ‘Beat Konducta in India’ in which he sampled various examples of Bollywood Music. The volume was highly popular in the US and can be heard in full here.

Alternatively, here’s a playlist of great filmi songs to stream on Spotify:

When the Beatles visited India in the 1960s, they brought their music with them, collaborating with local musicians such as Ravi Shankar and Zakir Hussain to develop a collaborative sound. What emerged was the genre of raga rock, an international sound combining electric guitars and drums with sitar and tabla instrumentation. International artists, such as the Kinks, developed the genre further with songs such as 'See my Friends' and The Byrds with 'Eight Miles High'.

However, the biggest raga rock proponents continued to be the Beatles, with the raga sound laced throughout their album 'Rubber Soul'. During live performances George Harrison would play the sitar on stage, having learnt from his time with Ravi Shankar. George Harrison’s fascination with the sound would go on to have major significance worldwide, both to the continuation of this distinct sound and the placing of Indian music firmly on the world stage.

Back in India, the influence of rock on local music exploded in popularity, and young rock bands began to pop up all over the sub-continent, performing in local venues and sharing cassettes of recordings from town to town. In 1968, the Indian Tobacco Company, seeking to tap into the youth market, held a nationwide competition to showcase the best of Indian rock. What emerged were two collections of tracks, known as Simla Beat 70 and Simla Beat 71, that remain iconic albums for fans of Indian psychedelic rock.

To listen to these two albums, check them out here.

Going into the 1980s, with the introduction of electronic music, emerged the funky, techno minimalism of Goa trance. Goa in the 1970s had been established as a hippy capital, and local spiritual styles began to seep into western industrial music and electronic body music (EBM). Cassette tapes of these beats were shared worldwide, sampled by DJs in international mixes in line with increasing international interest in Indian spirituality. By 1990, Goa was a hot destination for clubbing and Goa-style parties begun to be replicated all over the world. Fluorescent paint was a major element of these parties, with revellers splashing it all over their clothes to create psychedelic visuals.

For an hour-long audio-visual compilation of hypnotic goa trance tracks, check out this YouTube video. 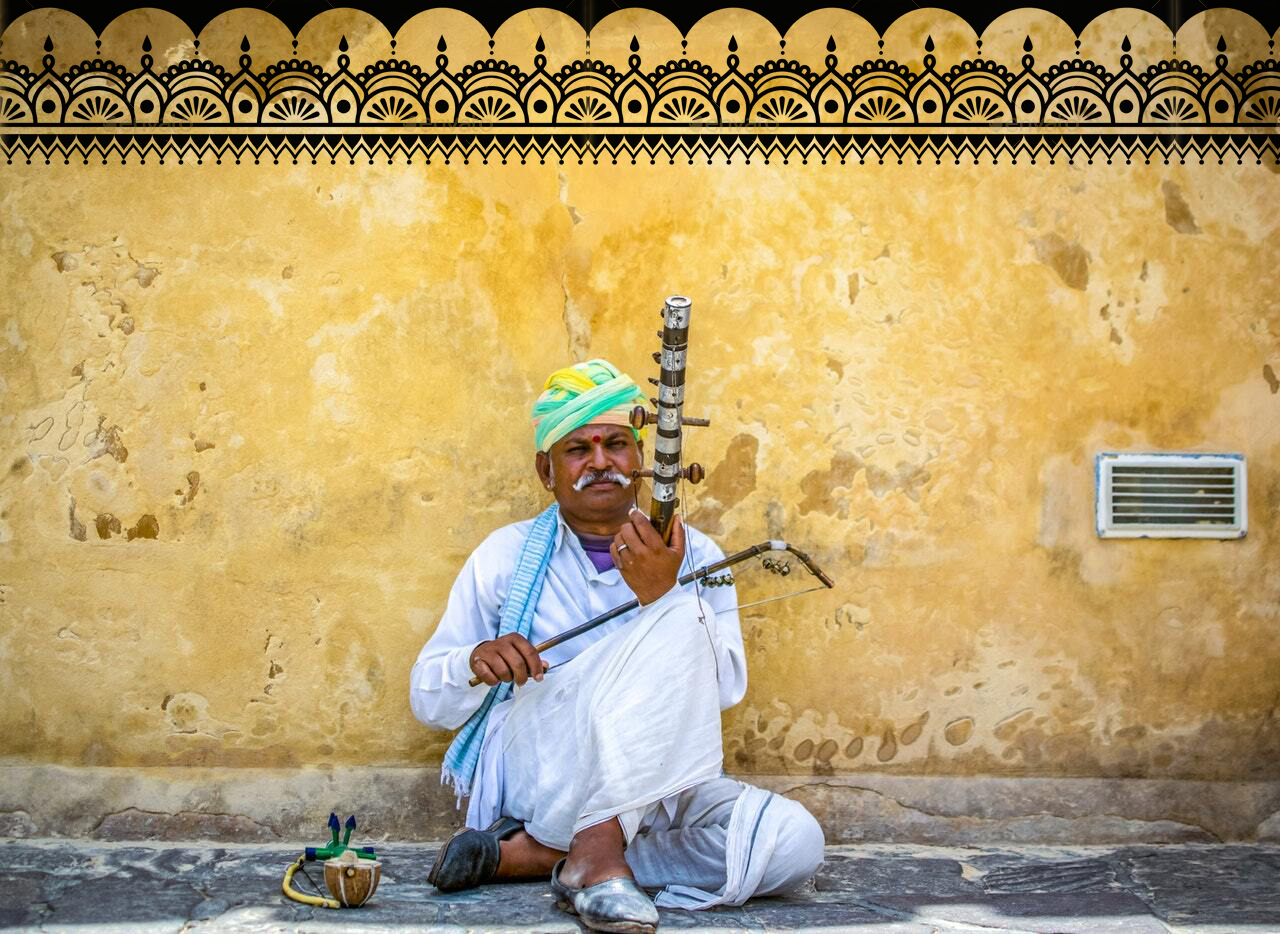 India - Facts before you go

🇮🇳 Hindi and English, but there are over 447 native languages spoken across the nation!

💵 Tipping personal drivers and tours is common e.g. 100-300 rupees per day to a driver