For die-hard Potterheads, there are plenty of places around the world that boast an affiliation to the magic. Whether it be the Shambles shopping street in York, Kings Cross Station in London and of course, Harry Potter World in Florida. However, the town that truly take the crown, and marks the home of J.K Rowling herself, is Edinburgh in Scotland.

From the café that J.K Rowling penned her novels in, to the grave of Tom Riddle, no place in the world bears more resemblance to the Harry Potter universe as Edinburgh does, in part because it was in these streets, with their turreted dark stone buildings and higgledy-piggledy alleyways that J.K. Rowling dreamt up the magic.

Though Edinburgh is well-connected by airport and road, perhaps the best way to visit is to arrive by train. For those coming up from London, a jump on a train from King’s Cross to Edinburgh feels one step away from the Hogwarts express, and makes for beautiful views of the UK coastline. The train from London takes 4.5 hours and will pull in right in the middle of the city, at Waverley Station. To make the journey even more magical, the luxury Royal Scotsman is a beautifully preserved steam train, complete with sliding door compartments, wooden furnishings and deliciously catered food carriages. Just don’t expect it to be cheap!

The Royal Mile and Victoria Street

Though there are plenty of companies that offer Potter themed tours (complete with guide dressed in full wizard robes), the best way to experience Edinburgh is to get lost in the Old Town, exploring the old closes (small alleys between medieval buildings) and old shops. The Royal Mile marks a – you guessed it – mile long stretch between Holyrood Palace at the foot and Edinburgh Castle at the top. Along this road are countless little shops, offering Scottish whiskey, kilts and tartan.

Up by Edinburgh Castle is the famous Victoria Street, a short, curved street leading down to Grassmarket. It’s not hard to see why so many people consider Victoria Street to be one of the main influences of Diagon Alley, with its colourful buildings, cobble stones and shops with names like ‘The Cadies and Witchery Tours’.

A short walk from Victoria Street is Greyfriar’s Kirk, a graveyard in the centre of town and home to many famous graves, including one marked ‘Tom Riddle’. Though little is known about the real Tom Riddle, it was while wandering through this graveyard that J.K. Rowling found the name that would become You-Know-Who.  Just next to the kirk is the Elephant Café, where supposedly J.K. Rowling used to sit and write (funnily enough, quite a few of the cafes around Edinburgh also make such a claim). This café is situated close to Bristo Square, the campus of Edinburgh University. Here you will find Teviot Row House, the nation’s oldest students union, that looks strikingly like Hogwarts! Open to public inside is the Library Bar, a cosy student café and pub, lined by bookshelves and complete with hidden spiral staircase.

Other Places to See:

If you’ve got the time, why not head out of Edinburgh for a day trip to the beautiful Glenfinnan Viaduct, a huge railway bridge nestled within the glen. You might recognise this viaduct from the second movie, where Harry and Ron encounter the Hogwarts Express in their flying car. If you’re lucky, you may even catch the Jacobite steam train as it crosses the bridge.

If looking for magical places to have dinner in Edinburgh, the most obvious choice is The Witchery, located at the top of the Royal Mile by the castle. This strange restaurant is bursting with dark drapes, goblets and red velvet, as if the dining room of a vampire’s gothic castle. It even has similarly themed hotel suites, if you can’t get enough of the décor.

Whether wanting to stay in a dorm or a five-star hotel, Edinburgh is full of places that have capitalised on Potter fever to bring a magical sleeping experience. From the Castle Rock Hostel, with its Harry Potter themed dorm room, to Canongate Luxury Homestay and its Gryffindor dorm-themed double room. If you really have the cash to splash however, the place to stay is the Balmoral Hotel, located in New Town. This deluxe hotel has one special suite in particular, room 552, where J.K. Rowling finished writing the final book, The Deathly Hallows. Visitors can stay in the room and see the marble bust of Hermes that Rowling signed in recognition of the moment. Whilst at the hotel, look out for the giant clock that decorates the outer turrets, famously set three minutes fast so that people don’t miss their trains when heading to Waverley Station, just below. 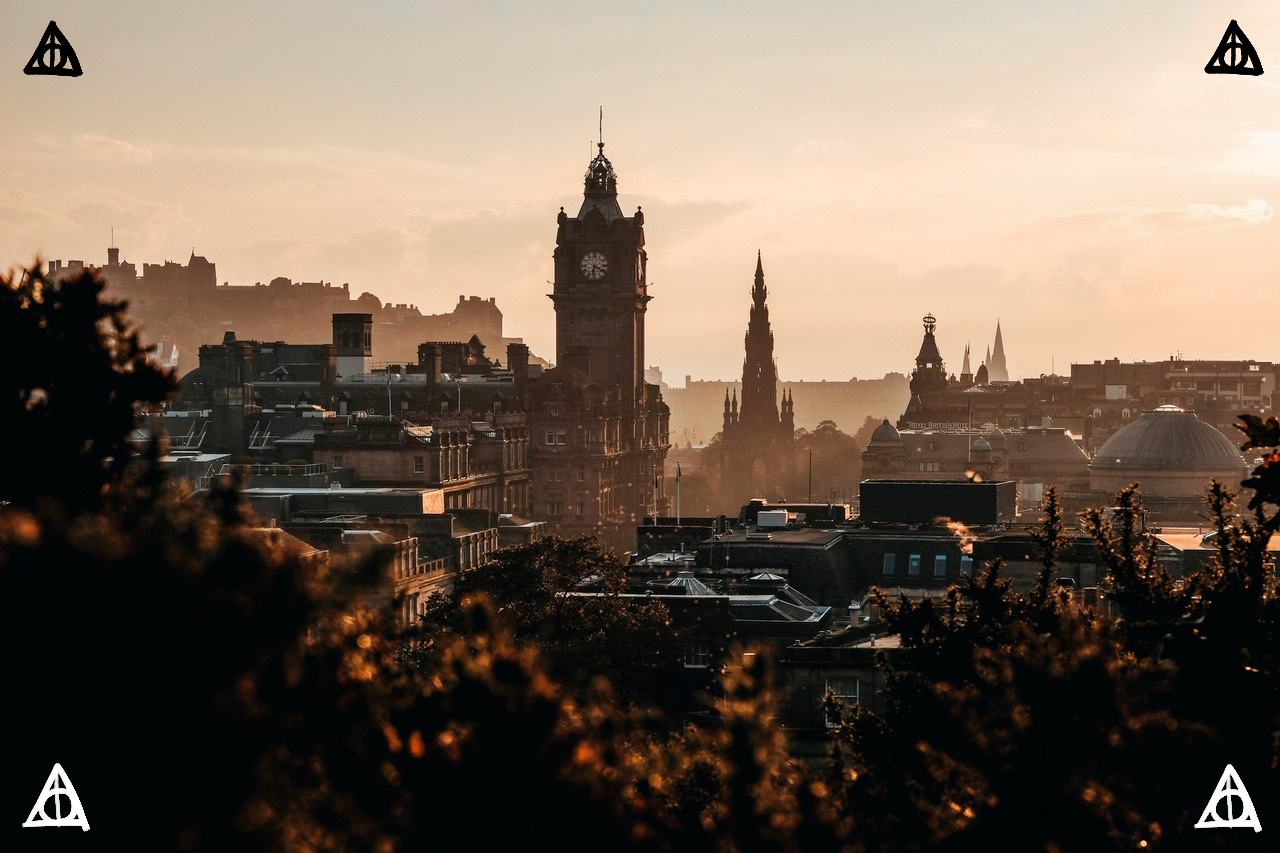 Scotland - Facts before you go