If you were to stumble upon the town of Burj al Babas in north-eastern Turkey, it might take you a while to figure out exactly what it is you are seeing. The abandoned compound of some crazy cult? A failed Disney resort, or a deserted movie set? In fact, this is the product of a disastrous development project, now left to ruin. If you’ve got a fascination for ghost-towns or want to explore a sobering symbol of Turkey’s political and economic turbulence, you might want to check this out.

The town of Burj al Babas is a major example of an investment gamble that badly fell apart, after a $200 million luxury development was left abandoned and bankrupt. The plan was proposed by the Yerdelen brothers, aiming to create a luxury town for wealthy foreigners to buy up property.

Comprised of hundreds of perfectly identical “Disney”-style castles, the project was designed to offer the height of luxury, with each villa boasting its own turrets and romantic balconies, modelled off of classic French chateaus and gothic mansions. Each castle had its own jacuzzi and residents could choose to add on an indoor pool and install elevators. There were even plans for an on-site entertainment centre, Turkish baths and several restaurants and bars!

The project was controversial, even before it all fell apart. People couldn’t understand why developers were building rows and rows of identical castles – since it gave the town an eerie “fake” look. It might be tempting to live in a fairy-tale castle, but the feeling falls flat when 500 other residents also have their own identical castle all around you! The tacky building materials and one-size-fits-all construction style quickly put-off investors and gave the project a bad name.

Not only that, but the town was built in a remote hillside location – poorly connected to any of Turkey’s major cities (four hours to Istanbul) and far away from the coast, or other popular holiday destinations. High up in the north-eastern mountains, residents would have had to have battled the harsh winter snow and treacherous mountain roads to get there.

These promotional images from the developers themselves gives you an indication of what they were trying to do:

Unfortunately, due to the town’s bad image and framed by Turkey’s ongoing financial crisis, many of the key investors pulled out. By 2018, the construction company was officially declared bankrupt. This put a complete stop on all development work and the town still stands at this impasse today, with hundreds of complete and half-completed buildings stretching out across the Anatolian hillside.

$200 million was put into the project, with the expectation of building 732 homes. In the end, only 583 were completed and very few actually sold. Those castles that did sell, were offered at a price tag of $500,000. Unfortunately, when the project fell apart, most of these sales were cancelled and today, the whole town is deathly still – devoid of any residents.

The government still hope that there is a future for the development, but that remains to be seen. Rules on foreign access to citizenship have been relaxed, in the hopes that overseas investors and businessmen will be more likely to invest in the properties. However, with the instability caused by the pandemic, this plan may have been pushed back even more.

Of course, there is one industry that may pick up from this crisis. As such a fascinating spot, you can always count on the viral effect of the internet to draw in tourists and potentially, a highly profitable industry. Already, the area is developing quite the number of geotagged images – from curious locals to international photographers, and adventure seekers alike.

If the town continues to attract curious travellers at such a rate, it might not be long before investors start converting the castles into hotels and holiday destinations after all.

Fancy visiting this crazy town before it gets overrun by tourists (or bulldozed…)? Well, here’s what we know:

Located just outside of the town of Mudurnu, visitors can drive right up to the settlement, as a main road runs along the side of it. The drive is 3.5 hours from Istanbul, and 2.5 hours from Ankara, so a fascinating stop-off for anyone making the journey between the two major cities.

Public transport is very limited to this remote location – something you might have thought the developers would have noticed! For this reason, it is difficult to visit without access to a car or taxi.

Entry into the site is forbidden, but that hasn’t stopped explorers from walking up to, and even inside, many of the castles. There is some security, but it seems the place is pretty much abandoned. To stay inside the law, the views from the road, particularly from the surrounding hillside, will still give you an excellent vantage point to take in this fascinating area. 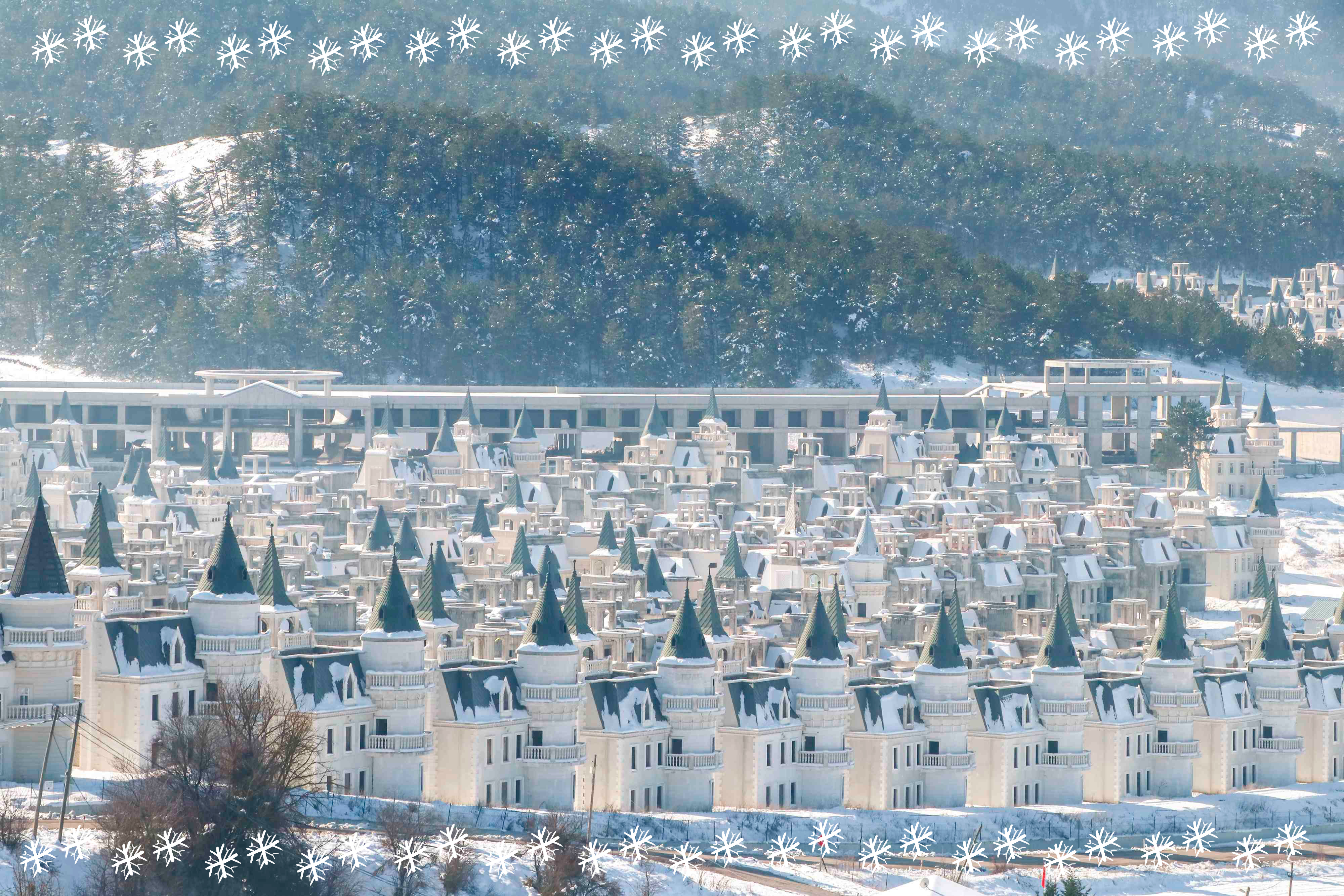 Turkey - Facts before you go

Not expected, but a small tip is welcome in restaurants and hotels