Christmas Traditions from Around the World

For Christian countries, Christmas has always been one of the most important dates on the calendar and certainly the event that people get most excited about. From late November, Christmas fever takes hold and various traditions, festivities and frenzied shopping sprees occur over the December period. Christmas may not be a religious holiday everywhere, but most countries worldwide celebrate it in some form, even if just as an excuse to get together and eat a delicious meal. From KFC orders in Japan, to Christmas trees made of chicken feathers in Indonesia, we explore Christmas traditions all over the world.

Christmas trees originated in Germany and have particular significance there, traditionally decorated with candles nestled (in a somewhat hazard-like fashion) on the branches. On the night of December 5th, St Nikolaus brings children small gifts such as sweets, placed in their shoes. Parades also often occur during Advent, with a young girl chosen to dress up as ‘das Christkind’. Christmas markets are also particularly big in Germany and have been replicated all over the world. Finally, the 24th of December is when gift-giving occurs and is the main day of celebrations.

The past few decades have seen Christmas take on more and more significance in Japan, in part due to the popularity of US holiday movies and media. Like Germany, Christmas Eve is the biggest day. Resembling something like Valentine’s Day, Christmas eve is a day for Japanese couples to get together, exchange gifts, explore the Christmas lights and have a romantic meal. On Christmas day, many families order from fast food restaurants such as KFC, following a very successful 1970s advertising campaign called ‘Kentucky for Christmas!’.

Christmas in Australia takes place in the middle of summer, so there is no hope for a white Christmas! Nevertheless, families still decorate their houses with Christmas trees, bunches of ‘Christmas Bush’ (a native Aussie plant that turns red over time) and go carol singing. Presents are exchanged on the 25th and families often visit each other on the 26th (Boxing Day) to have barbecues on the beach.

Christmas in the UK

In the UK, December often involves the turning on of Christmas lights in local high streets, often by a celebrity guest. December 25th is the main day of celebrations, for families to exchange gifts, open their stockings from Father Christmas and watch the queen’s annual speech at 3pm. Christmas dinner consists of turkey, Brussel sprouts, parsnips, roast potatoes, bread sauce, cranberry sauce and a Christmas cake or pudding for dessert.

With 10% of the population Christian, Christmas has a small but significant place in Indonesian culture. Indonesian Christians usually go to church services on Christmas Eve and Christmas Day and erect artificial Christmas trees in their homes. Some people even make trees out of chicken feathers! Children in Indonesia are brought presents from Sinterklaas, the Dutch version of Santa Claus (a legacy of Dutch colonialism).

In Mexico, Christmas is celebrated from December 12th to January 6th. Posada processions are performed by children, celebrating the journey made by Joseph and Mary in Bethlehem. Walking around town with candles they ‘enquire at the inn’ of every house, before eventually being welcomed in for food and celebrations. At midnight on Christmas Eve, Mexican families attend Midnight Mass. A final important day is the 6th of January, known as Epiphany.

Christmas is known as Yule in Iceland. On Christmas Eve the celebrations officially start at 6pm, harking back to an old Icelandic tradition where the new day was said to start at 6pm – not midnight. Presents are opened and an evening meal is shared. On the 25th, the extended family get together to eat a meal of lamb and/or leaf bread.

Christmas in the US

As a melting pot of different cultures, the US combines various traditions worldwide, and practices vary family to family. The 25th is generally the main day, with families getting together to eat a meal (of varying type) and exchange gifts. Families drink Eggnog and open gifts from Santa Claus. House decoration is taken very seriously in the US and it is not uncommon for families to cover their houses with LED lights, nativity scenes and even statues of Santa, reindeer and other Christmas displays!

Christmas in Ghana is celebrated from the 20th of December to the 6th January. Events tend to centre around the church, with services that can go on all night! Church services feature drumming and dancing, led by choirs that get together to sing and dance. On Christmas day itself, gifts are exchanged, families get together and a traditional meal of rice, chicken, goat, lamb of fufu is prepared.

Much like Germany, Advent is an important calendar period in Poland. People give up something indulgent, such as alcohol of chocolate. Church services pack out and people dedicate communion services to Mary. Polish people also celebrate St Nicholas’ Day on the 6th of December, with gifts from St Nick placed in kids’ shoes. On Christmas Eve, abstinence from meat is encouraged and the house is cleaned. 12 dishes are presented in the evening meal, to symbolise the 12 disciples.

Our final country is Sweden and their tradition is possibly the strangest. Every year a giant straw goat is built in the city of Gävle, based on the traditional Swedish Yule Goat figure. Unfortunately for the goat builders however, the goat tends to be burnt down by arson almost every year. While the goat managed to survive 2019 and 2020, it was once again burned in 2021. Whether the goat survives another year is yet to be seen...

Starting from Skratch? Here's a Few Tips to Get You Started: 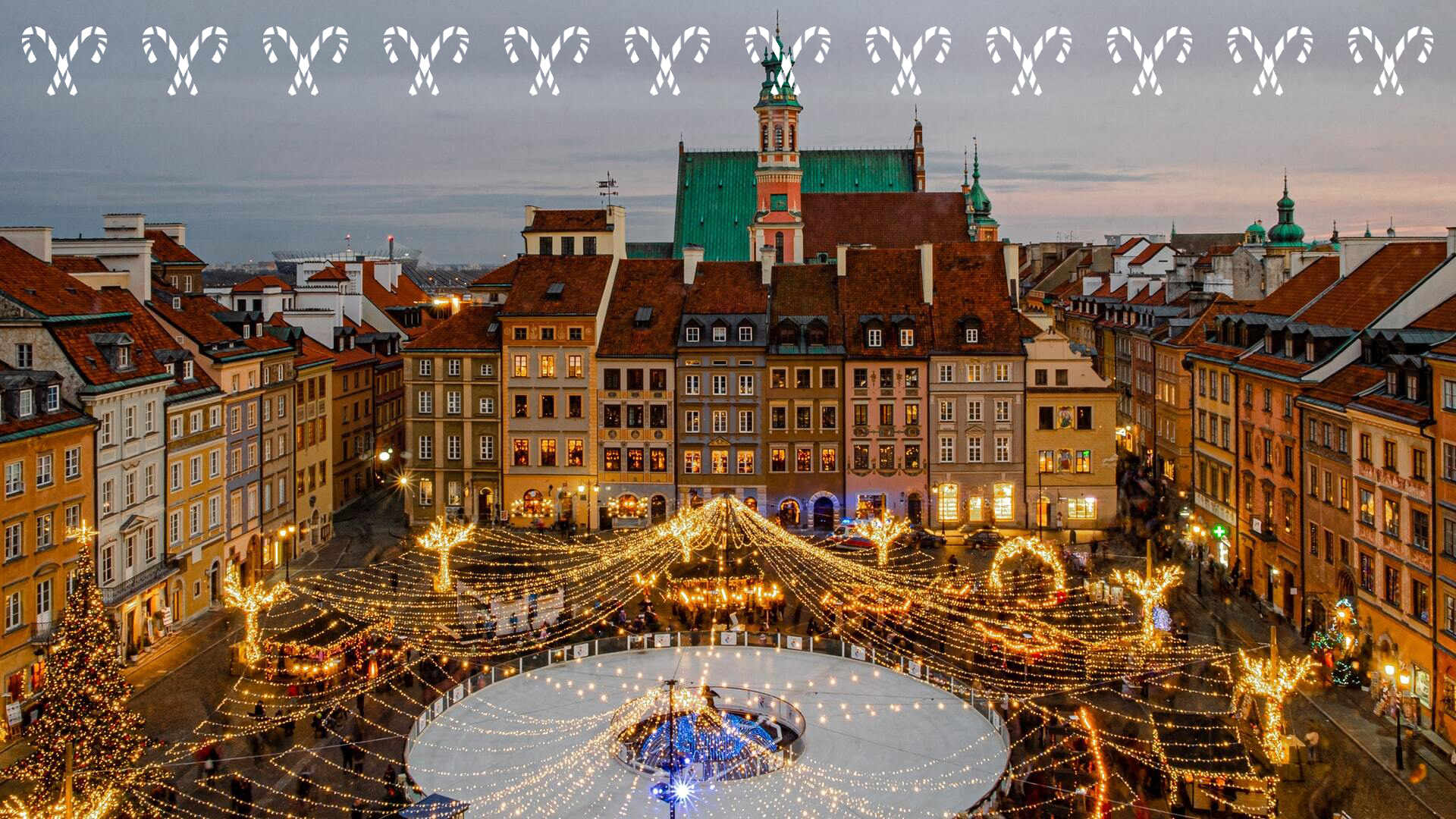 🎄Christmas Worldwide - At a Glance