Mexican cuisine has a huge foodie following. You can find the likes of tacos and quesadillas pretty much everywhere from franchised food-trucks parked up in cities around the world, to the frozen food aisle in your local supermarket. The best stuff however, is still found on the roadside kitchens of Mexico itself. There is something totally unbeatable about standing besides a traditional taqueria stall, under the Mexican sun, taco in hand, with habanero salsa spilling down your chin. We are bringing you the ultimate guide to help you navigate Mexico’s sensational street food scene, so get ready to tuck in and take note!

Street food has been a thing in Mexico ever since the first waves of industrialization. Back then, migrants who moved to the expanding cities arrived with recipes from their different regions and took to the pavements to sell their dishes to hungry street workers. In their cooking, they used inexpensive cuts of meat and simple staple ingredients, like corn, beans and peppers, which had been around since the Mayan and Aztec periods.

As well as Mayan and Aztec, many of the flavours and tastes of Mexican street food can be traced back to the influences that colonisation and trade had on the country. The Spanish came to Mexico armed with garlic, onions, rice, chicken, beef and pork, and the French - rather surprisingly - also left a considerable imprint on the country’s cuisine. This is seen in foods like crepas con cajeta as well as the breads and pastries. For an interesting snapshot of Franco-Mexican history with a gastronomic twist, read about the “Pastry War” of 1838 as this conflict all began in a French pastry shop on the outskirts of Mexico City.

The historically important place food has in Mexican culture today was recognised more formally in 2010 when the nation's food was declared a Masterpiece of Intangible Cultural Heritage by UNESCO.

Corn is king in Mexico, whether it’s ground into a fine flour and rolled into a tortilla, or grilled and skewered as a cob. Elotes are evidence of the latter, as this popular street food snack is simple in its construction, but delicious in the result. After the grilling and skewering happens, the corn is then slathered with mayo and lime and dunked in crumbled cotija cheese and chile powder to create a snack that is perfect for munching on the go. ‍‍

If you are curious what Mexicans eat in the morning, make your way to the nearest tamale stand. Tamales are basically corn dough dumpling delicacies that really need to be eaten to be understood. Their name comes from the Nahuatl (the language of Aztecs) which means “wrapped” - referring to the corn husk, or banana leaf which encases it. Normally, they are filled with savoury ingredients like meats and vegetables, but sweet varieties can also be found, normally with cinnamon raisins, and bits of pineapple mixed in with the dough.

You are going to want to sit down for this one, as tortas are no modest morsel. These guys are hefty oval sandwiches that can be ordered with a variety of fillings that are guaranteed to satiate. They are normally packed with anything from meat to tamales, and finished with toppings like onions, avocados, chillies, salsa. They are particularly great for when you are looking for something more filling.

One of the best things about visiting Mexico, is the feeling that comes from knowing that you are in the land of tacos. No street food experience in Mexico would be complete without this ubiquitous bite. Even the most seasoned foodie might be bewildered by the array that can be encountered as, to name just a few, you should look out for:

For an encyclopedic look at the taco and Mexican Street food, check out The Taco Chronicles on Netflix.

The most popular sweet treat to come out of Mexico is probably the churro - a sugary, furrowed, length of doughy deliciousness. Having a warm, freshly fried churro passed to you across the counter from a churrería stand will be a beautiful moment in your Mexican street food experience. Also, a lesser known sweet dish sold by street vendors to keep an eye out for is Bionico - a popular mix of various fruits like papaya, apple and melon, which is mixed with  sweet cream, pecans, raisins and desiccated coconut.

Where can you find the best street food in Mexico?

The culinary diversity of the country converges on the streets of Mexico City. This city really is one of the best places to sample Mexican street food as in one day you can try dishes from every part of the country. You’ll find vendors sitting on plastic chairs, slinging out all sorts of homemade delicacies with a fluency that reveals years, even generations of habit and skill.

The Best Food Festivals In Mexico

If you want to take your love for Mexican food one step further, plan a visit to one of these food festivals in Mexico:

‍Starting from Skratch? Here are a Few Tips to Get Started: 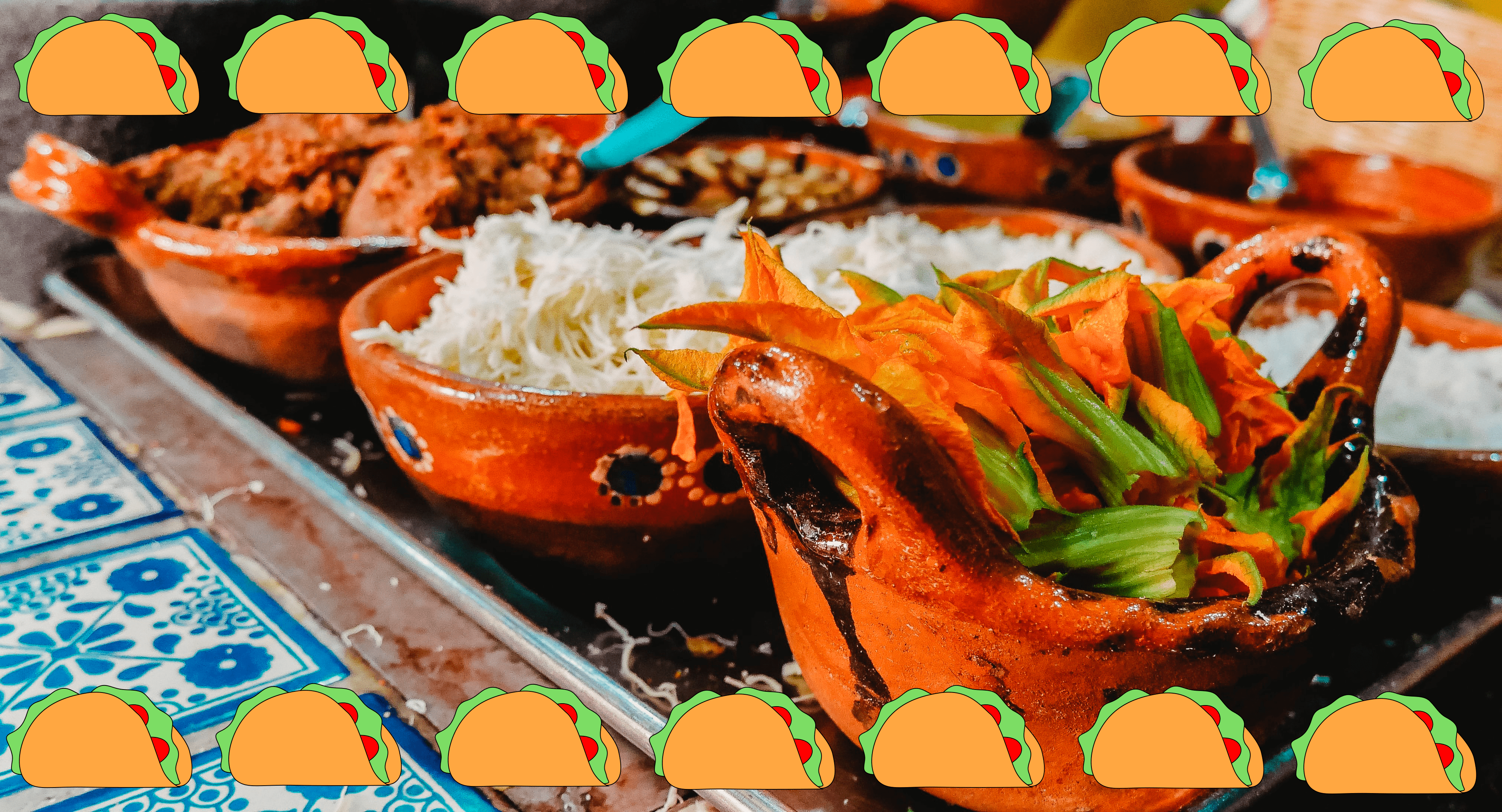 Mexico - Facts before you go

💵 10% in restaurants and for small services