What Are 7 Star Hotels and Where Do You Find them?

Ever had a friend brag to you about staying in a 7-star hotel and thought, huh? We all know traditional hotel ratings operate on a scale of one to five, so what gives these places the right to tack on another two? In this article, we debunk some of the myths associated with these luxury resorts, what qualifies different places to take on the title, and the 7-star hotels that we’re adding to our dream bucket list.

Officially, a 7-star rating is impossible. Across the world, fairly uniform hotel classification systems are used, particularly in instances of international standardisation, such as the European Hotelstars Union (HSU). According to these systems, the maximum rating a hotel can achieve is officially 5-stars.

However, this hasn’t stopped journalists, reviewers and guests creating a coveted, unofficial 7-star category in online and public discourse. In the never-ending search to create bigger, more luxurious and more excessive hotel resorts, property developers hope that their next project will smash records and redefine the limits of luxury accommodation. With such hype, comes a promise that the traditional 5-star rating system is simply too primitive for the opulence and grandeur of a new hotel development.

In recent years, the possibility of a nation’s first 7-star hotel is generally floated by the developers and tourist boards themselves, drumming up anticipation for a resort of national pride. In the same way that an extravagant castle or palace would be built hundreds of years ago, to impress visiting aristocrats and foreign elite, today 7-star hotels are the ultimate jewel in a nation’s crown, inviting the powerful and wealthy from all over the world to marvel at a nation’s power. The Burj Khalifa for example, as the tallest building in the world, was designed to symbolically place Dubai as a world leader in wealth, power and luxury.

What Makes a Hotel 7-Star Worthy?

A resort is associated with the phrase “7-star” if it truly redefines widespread understandings of luxury. If a hotel offers comfortable rooms, high-quality restaurants and well-maintained pool areas or gyms, it will often qualify for 5-stars. However, some resorts are challenged to turn this on its head, shattering records and offering something totally unique.

Other attributes may include:

- Record number and variety of pool and spa facilities

- Each room (or suite) uniquely designed and furnished

- Staggering array of services on offer

- Enhanced flexibility of service, catering to visitor’s every need

One way to be certain that people will associate your hotel with 7-stars, is to literally call it Pangu 7-Star. This luxury complex in Beijing, designed in 2008, occupies the first block of the Pangu Plaza. The resort boasts two pavilions, a temple, world-class restaurants, 234 guest rooms, 140 suits and the world’s first traditional Chinese courtyard in the sky. During the Beijing Olympics (the stadiums of which are located right beside the hotel), Bill Gates stayed here.

If the paradise beaches of Fiji weren’t enough, this resort truly encapsulates the spirit of luxury. Comprising just 25 villas, the resort employs over 300 staff, making it one of the most well-looked after residences in the world. During their stay, guests can benefit from private chefs, nannies, drivers and cleaners, leaving them totally free to relax and unwind. From private infinity pools to panoramic beachside bedrooms - this place is the stuff of pure honeymoon fantasy.

Few buildings in the world quite merit the label of “palace” like the Emirates Palace in Abu Dhabi. From the palm-tree lined strip leading up to the resort, the palace emerges like a mirage over the horizon, glittering with fountains, turrets, balconies and trees. Highly classic in its design, yet fitted to every modern luxury imaginable, a stay here is designed to feel like falling into a fantasy. Once inside, the grandeur continues, with sweeping staircases leading up to an ethereal, geometric dome to the heavens.

If 7-star hotels offer unrivalled views of a famous view or landmark, then the Hotel Plaza Athenee in Paris has to qualify. Located just opposite the Eiffel Tower, the private balconies attached to each room fulfil every romantic’s dream of breakfast with a view. Throwing open the windows and pulling back the curtains, visitors can enjoy their morning coffee with unimpeded access to Paris’s distinctive skyline. Each room is designed with classic French extravagance in mind, complete with chandeliers, window-side coffee table and armchairs as well as a pillow menu.

Originally built for the Nizam of Hyderabad in 1884, this palace is now a hotel, encapsulating classic European style at its most opulent. If the idea of a chauffeur appeals, how about taking it one step further with horse and carriage? Visitors are also assigned a personal butler, to see to their every request. When staying in a palace like this, the best activity is simply getting lost: whether it be swanning around marble dining rooms, admiring Italian-style frescoes and sweeping staircases, or strolling through the rolling grounds and moonlit terraces.

This resort in South Africa takes safari to the next level. An “untouched paradise” hidden within the Kwazulu-Natal Midlands, each villa is nestled amongst rich waterfalls and hills, connected by wooden walkways. The main lodge and spa offer excellent bespoke packages for relaxing after a long day of safari rides. There are also childcare facilities and a bar on site!

For those keen to get a flavour of Turkish hospitality and luxurious hammams, whilst closely located to Istanbul’s distinctive old town, the Shangri-La Bosphorus in Turkey is the perfect package. Room’s offer spectacular views over the Bosphorus, many complete with private terrace. The Chi Spa is a world-class building, bursting with steam rooms, delicately designed hammam rooms and massage treatment options.

Our final hotel is once again in Dubai, and it tops many lists as the most luxurious hotel in the world. The Burj Al Arab hotel was built in 1999, nestled on its own separate island just off the mainland and connected by curving bridge. The building resembles the sail of a ship and is complete with a helipad near its top. The hotel’s most iconic room is the Royal Suite, a sweeping series of carpeted rooms, featuring four-poster beds, gold hangings, chandeliers and private dining room. A night in this room will set you back $24,000, making it one of the most expensive hotel rooms in the world. 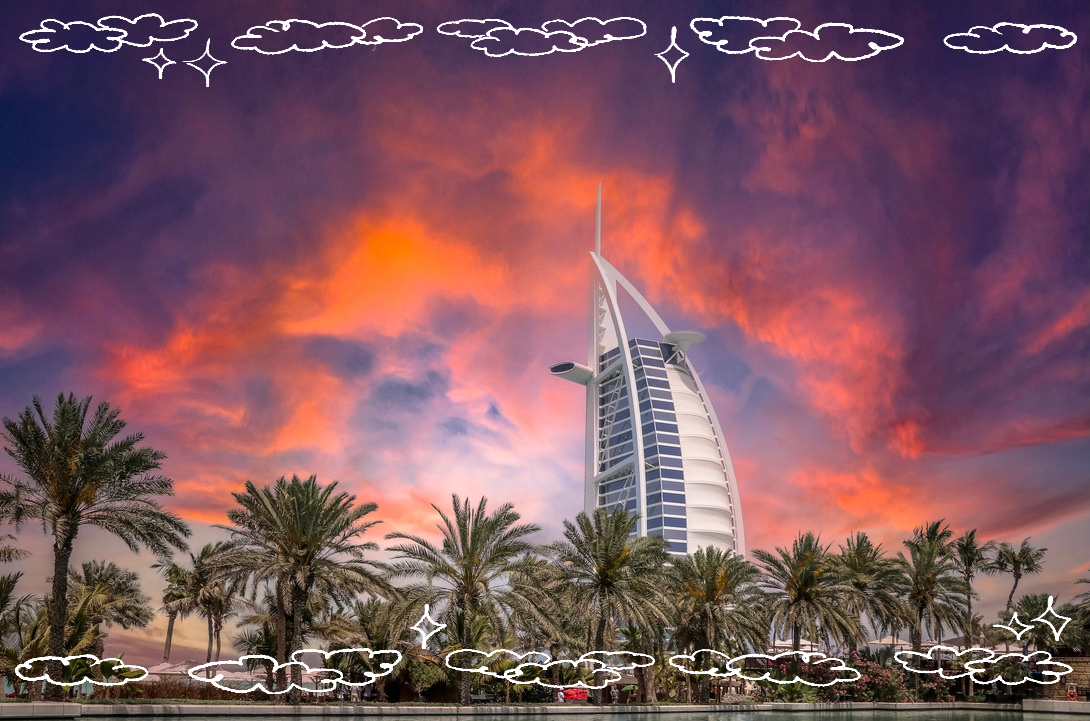 7-Star Hotels at a Glance: