From August to April every year, the Northern Lights illuminate the night in an electrifying display of colour. Inspiring dozens of folk legends and scientific theories, the Aurora Borealis is known for leaving its lucky observers in awe and disbelief. Encircling the Arctic Circle skies, this astronomical phenomena can be admired in a few different locations — here are our 5 picks!

Suitable for: stargazers and sustainable sightseers.

Norway is often ranked as the best destination to see the Northern Lights; and so it is only appropriate that we begin this list with the Aurora Borealis capital that is Tromsø. The gateway to the Arctic Circle, Tromsø is a whimsical city surrounded by the white peaks of Northern Norway. Home to frozen fjords and the burning Midnight Sun, Tromsø is dedicated to preserving its fantastic environment. And with a population of around 70,000, the city feels both lively and cosy as you explore its snowy, sustainable streets.

Whilst the Aurora Borealis are sometimes found within the city’s skyline, you will have more luck if you venture further afield. Fortunately, there are a number of ways that you can do this.

For travellers looking to path their own way, we recommend reading Nord Norge’s guide to driving from Tromsø. Renting a car can be a great option for experienced drivers or for those looking to save money. But with temperamental winter weather on the horizon, make sure you plan ahead with packing supplies and planning your route.

If you do not mind spending a little more for an indescribable experience, then we suggest picking one of the many tours offered by the region’s travel companies. From your traditional Aurora Borealis chase in small groups, to the cosy Aurora Safari Camps which supports local workers, these agencies help you to relax as you take in the sky’s most incredible sight. But if you crave a three-course dinner with a view, then check out the Northern Lights Cuisine Cruise for a night of local luxury.

Want to find out more about Norway? Check out our guide to the country’s most beautiful fjords and how to visit them.

Suitable for: families and fans of the festive season.

Another alluring destination for spotting the Northern Lights is Finland’s northernmost region, Lapland. This winter wonderland embodies Christmas joy; especially since its capital is the home of Santa Claus. Similar to Tromsø, Rovaniemi is a small but welcoming city with multiple activities to keep you busy in the snow. From skiing to sledding, Lapland embraces the cold wherever you go.

Due to the light pollution of Santa’s Village, your best chances of seeing the Northern Lights is by wandering off the main path. Thankfully, Aurora Borealis spotting is a little easier here, as following the 2km trail into Santa’s Forest grants you the perfect space for gazing at the magical night sky.

If you stay somewhere a little outside of Rovaniemi, you may even see the Northern Lights from your bedroom! Around 9 km northeast of Santa’s Village are the Aurora Cabins of Apukka Resort, which provide panoramic views - without any extra effort on your part.

But if you do want to go the extra mile to chase the Northern Lights, then not to worry, as there are plenty of activities here dedicated to Aurora-spotting alone! You could tag along on the Snowmobile Safari, go all aboard onto the famous Snow Train, or even embark on a tour led by huskies!

Who said that seeing the Northern Lights had to be done in the conventional way?

Iceland is full of great contradictions. With active volcanoes and hot springs in one corner, and some of Europe’s biggest glaciers in another, Iceland’s landscape is both hot and cold. As a destination largely untouched by tourism, trekking around Iceland can feel like visiting the world’s coolest playground.

It is perhaps no surprise that Iceland’s skyline could be just as colourful as its terrain. Even in Reykjavík, the country’s capital, the Aurora Borealis can sometimes be spotted. In 2016, the city council encouraged people to switch off their lights and admire the display of light from their homes.

Unfortunately, this does not happen often; and so whilst Reykjavík is an excellent base for your trip to Iceland, your best chance of seeing the Northern Lights in all its glistening glory is outside of the city. If you would like to stay local, then the Grótta lighthouse is a popular choice because of its convenient but picturesque location.

Equally, you could rent a car for some independent travel (but always check the weather forecast first as Iceland’s wind and snow should not be underestimated), or sign up for one of the locally-operated tours. Sectioned into small groups, Wake Up Reykjavík’s Northern Lights itinerary welcomes its passengers with blankets, hot chocolate and pastries, as your guide takes you away from the beaten track.

Thinking about extending your stay? Check out our 5-day guide to seeing the Land of Fire and Ice.

Suitable for: individualists and off-the-beaten-track travellers.

Attracting only 107,000 tourists a year, Greenland is rarely the talking point of a conversation. With a population of 56,000 and a majority of its land out of human reach, Greenland is typically overlooked in favour of more trendy destinations like Iceland and Norway.

But there is more to this nation than one might expect. Its location and landscape lends itself to making Greenland a special place. No towns are connected by road here, and the number of boats outweighs cars. The entire north-east region of the country also happens to be the world’s biggest National Park. And with the extreme lack of light pollution (even in its capital city, Nuuk), the Aurora Borealis is a beacon of light in the dark polar night.

Whilst the Northern Lights can be admired from pretty much anywhere accessible in Greenland, Kangerlussuaq is the best place to chase it. Promising over 300 days of clear sky every year, this city soars high as the country’s astronomy and airline hub.

Though it is much easier to spot the Aurora Borealis for yourself here compared to other destinations, the locally provided activities are still worth looking into. Offering cultural and scientific insight into the Northern Lights, Guide to Greenland’s day trip from Kangerlussuaq is just one option for those wanting to learn more during their adventure in the world’s largest island.

Suitable for: animal lovers and adventurers.

In the golden heart of Alaska you will find Fairbanks; a high-spirited city despite nestling in America’s Last Frontier. With historical buildings and a contemporary creative scene, Fairbanks appeals to all with its charm reminiscent of a small town.

Fairbanks is far from ordinary, even if it has a sprawl of strip malls that scream suburban. It has multiple wildlife sanctuaries and hiking trails across an incredible landscape in near-perfect weather. Gorgeous from dusk to dawn, Fairbanks’ location under the Auroral Oval makes it arguably the best place in the country for spotting the Northern Lights.

If you want to hit the road, there are several different viewing points of the Aurora Borealis which you can drive to. But remember to be cautious when driving the winter roads, and to never park on the highways. So long as you stay safe, a night spent chasing the Northern Lights independently is a real thrill.

If you err on the side of caution, then there are still ways in which you can see the Northern Lights within Alaska. You could join one of the many tours available, ran by experts who can drive you to the best spots. Or if you are looking to unwind underneath the sky, then why not try the Northern Lights & Chena Hot Springs tour? As you soak in the Hot Springs’ healing waters and wait for the Aurora Borealis to make their grand entrance, the amenities of this trip truly add to the feeling of this being a once-in-a-lifetime kind of deal.

How to Dress for Winter — A Short Video Guide

History of the Northern Lights — Myths and Legends

If you want to travel to more places at the ends of the earth, check out our new Frontier series! 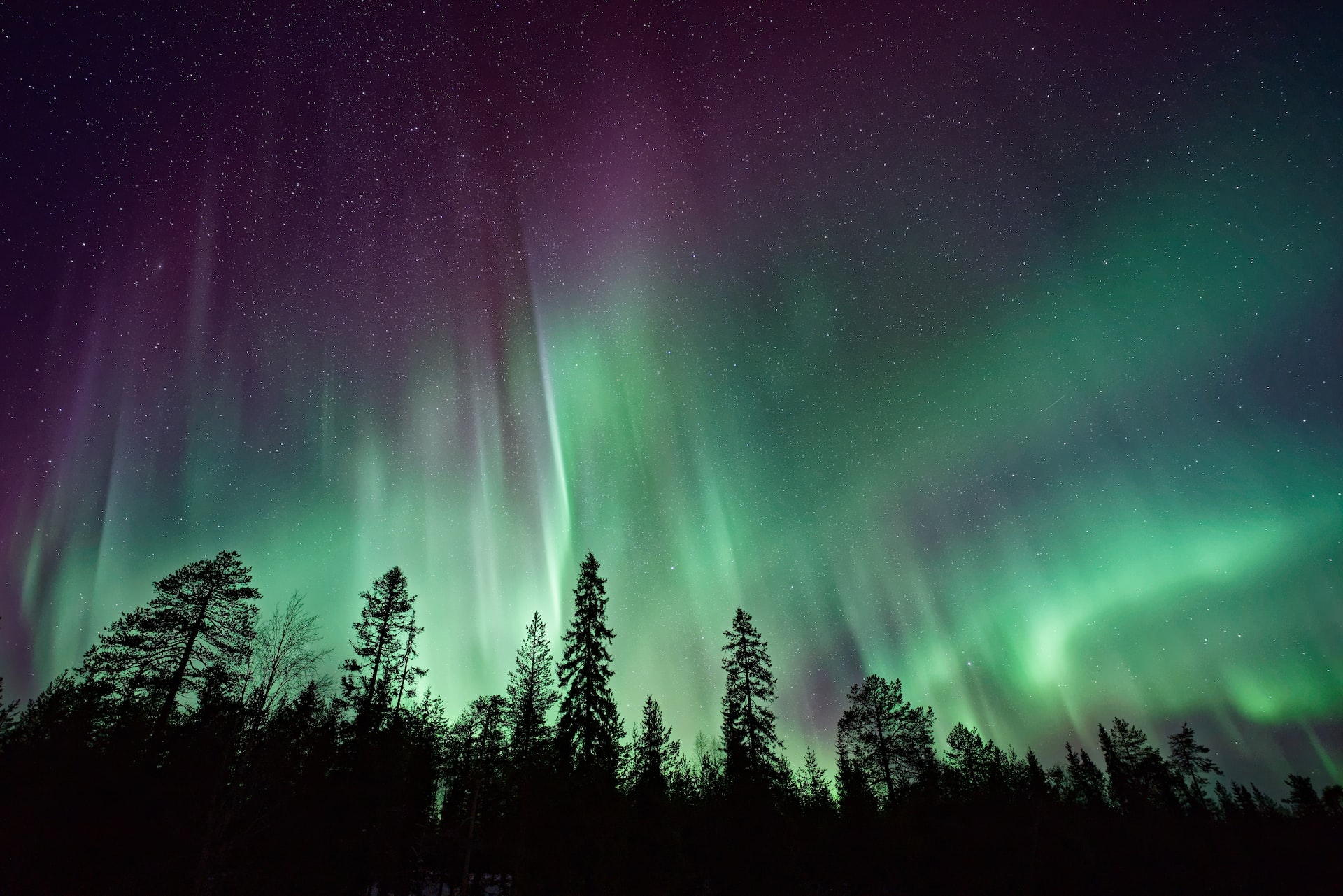 🌌 For your best chance of seeing the Northern Lights, we recommend visiting these destinations between the months of October to February. 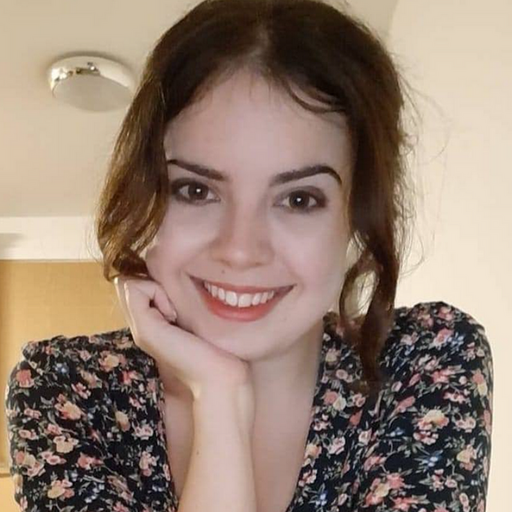 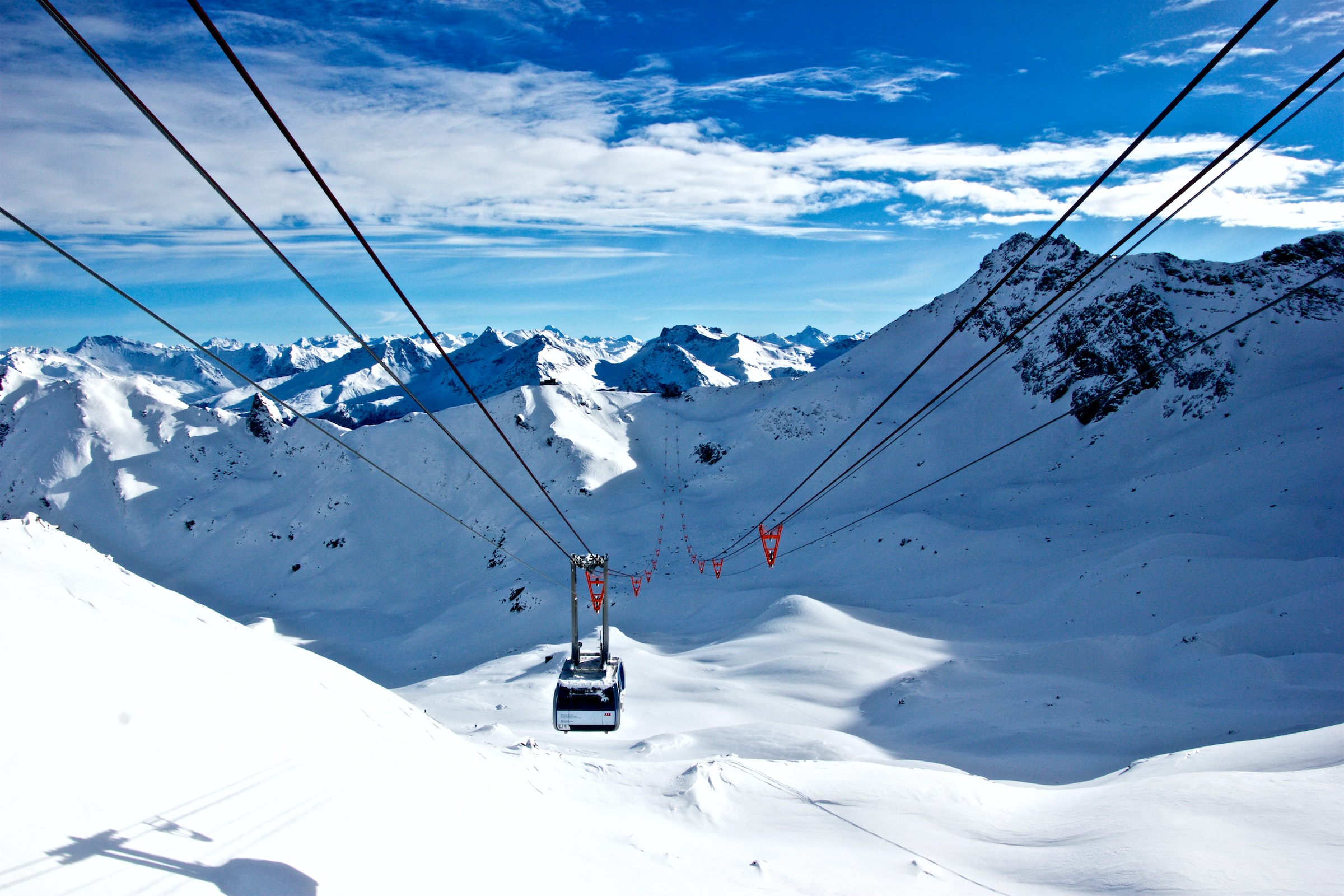 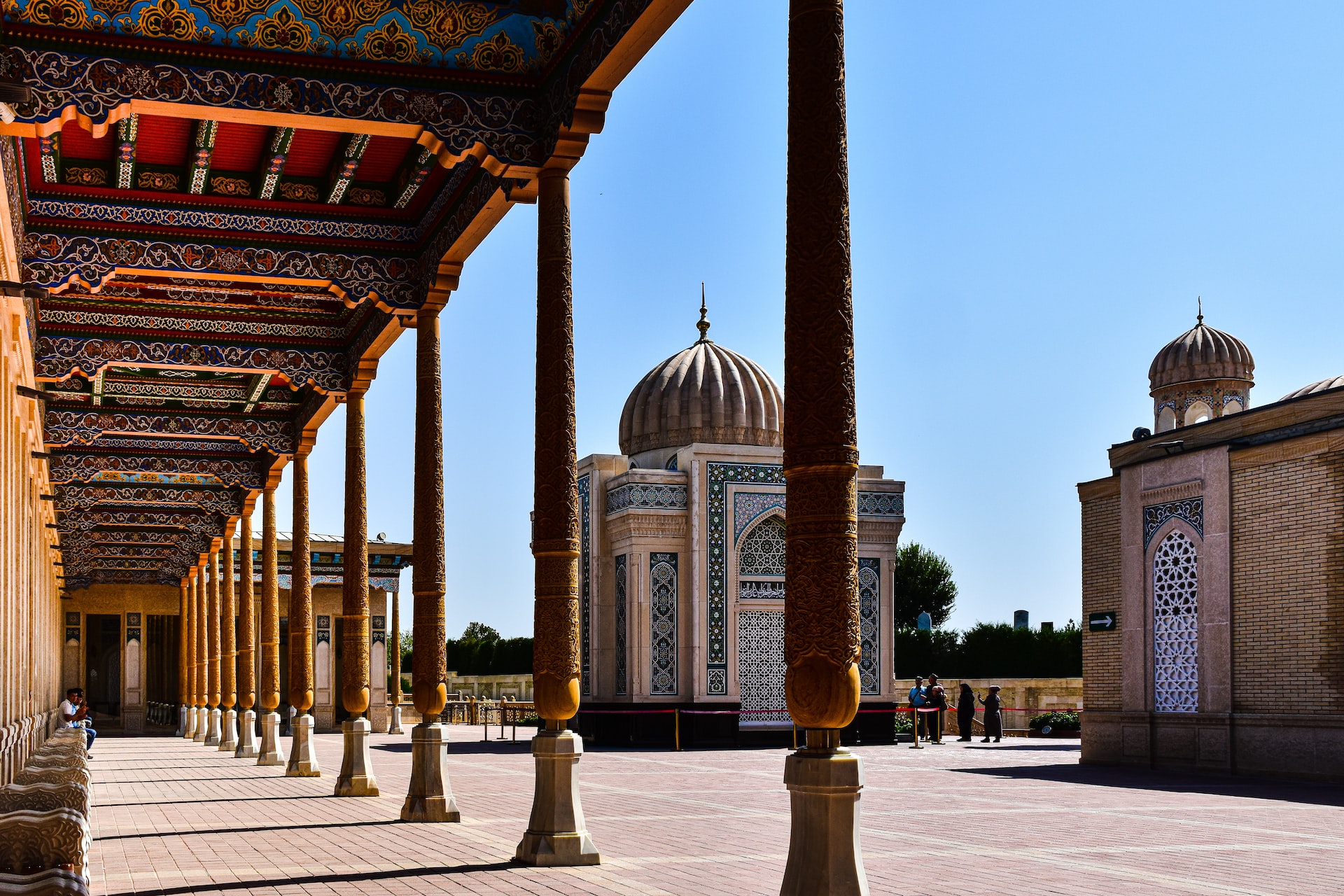 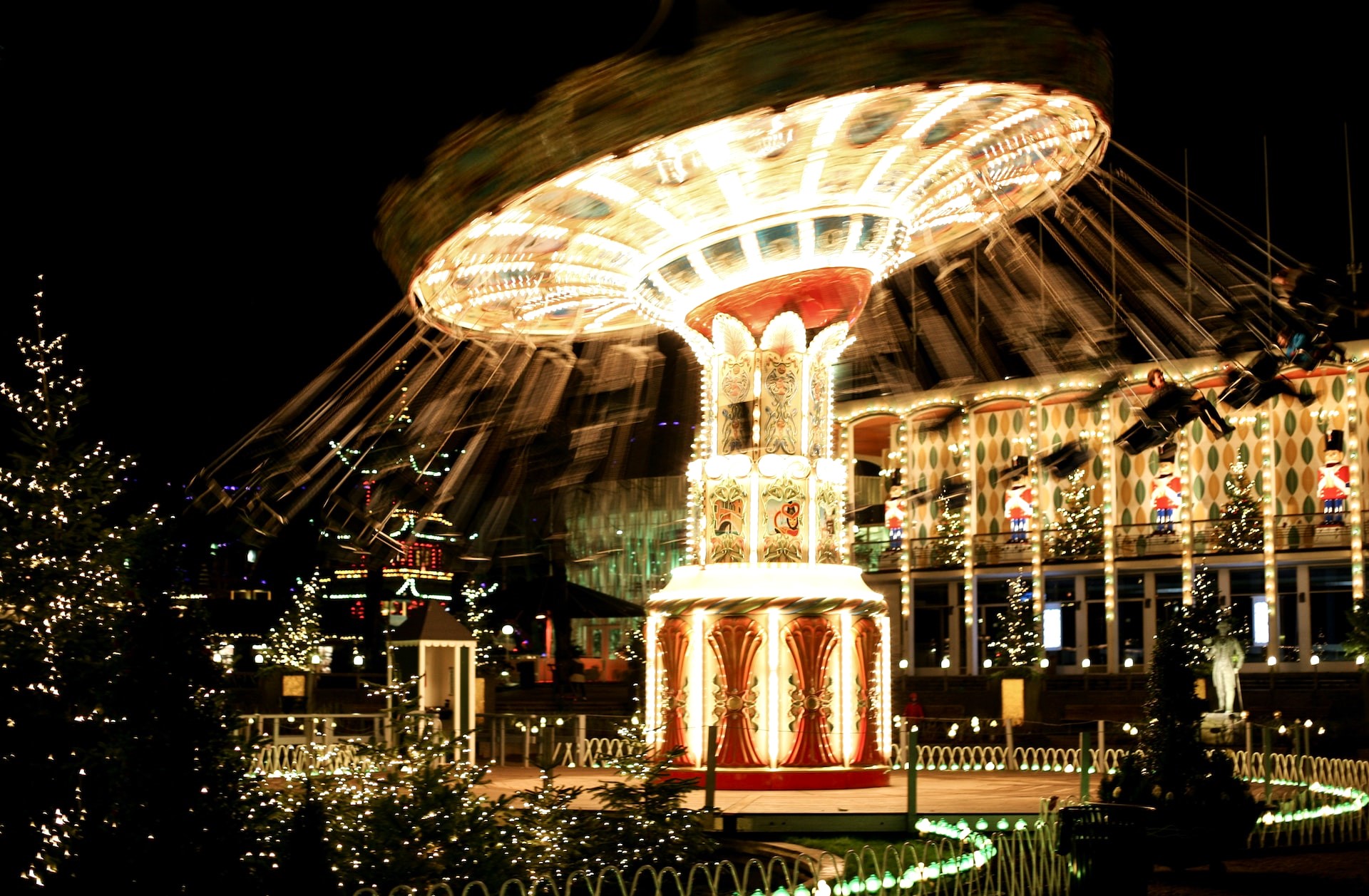 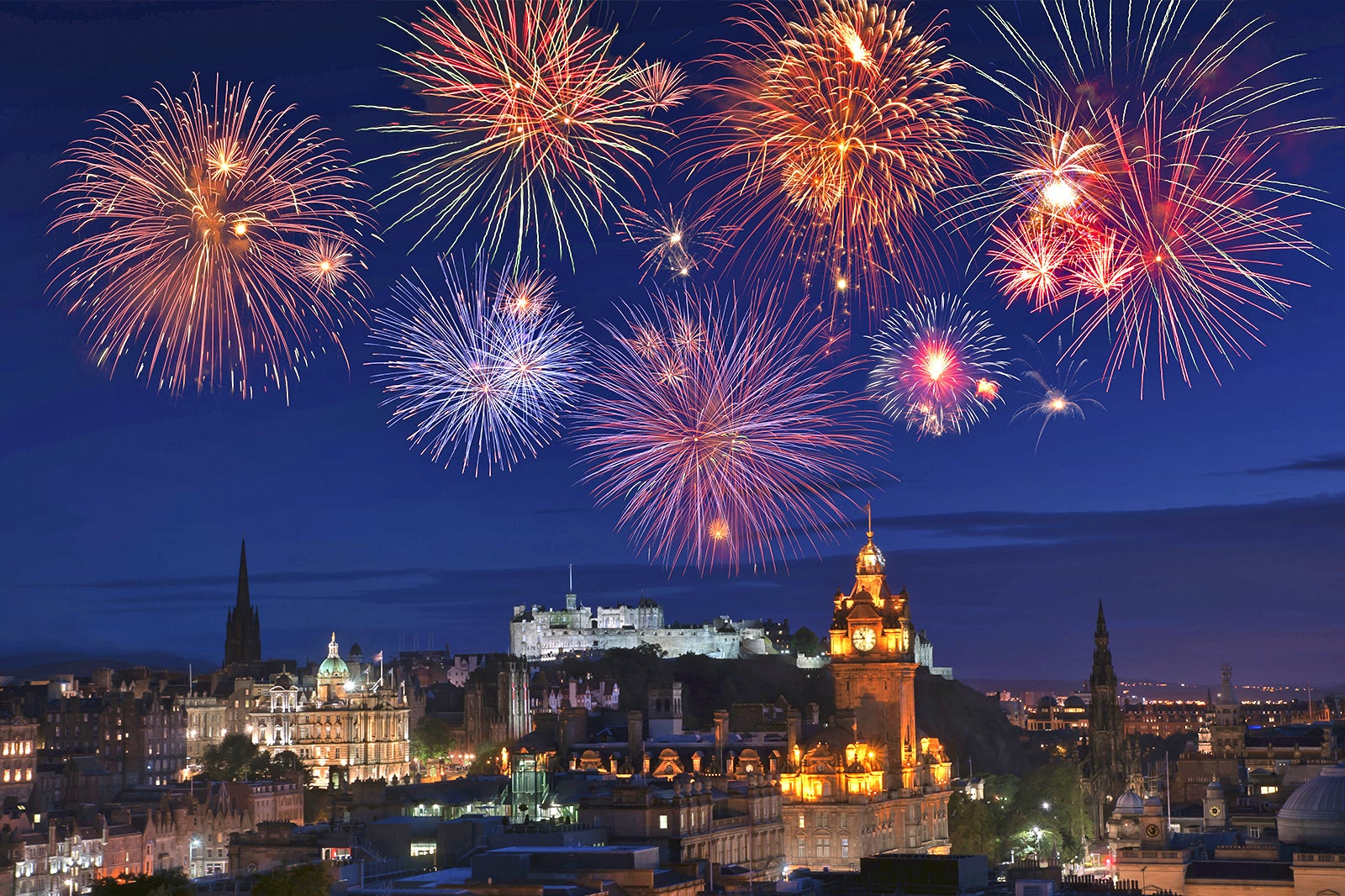 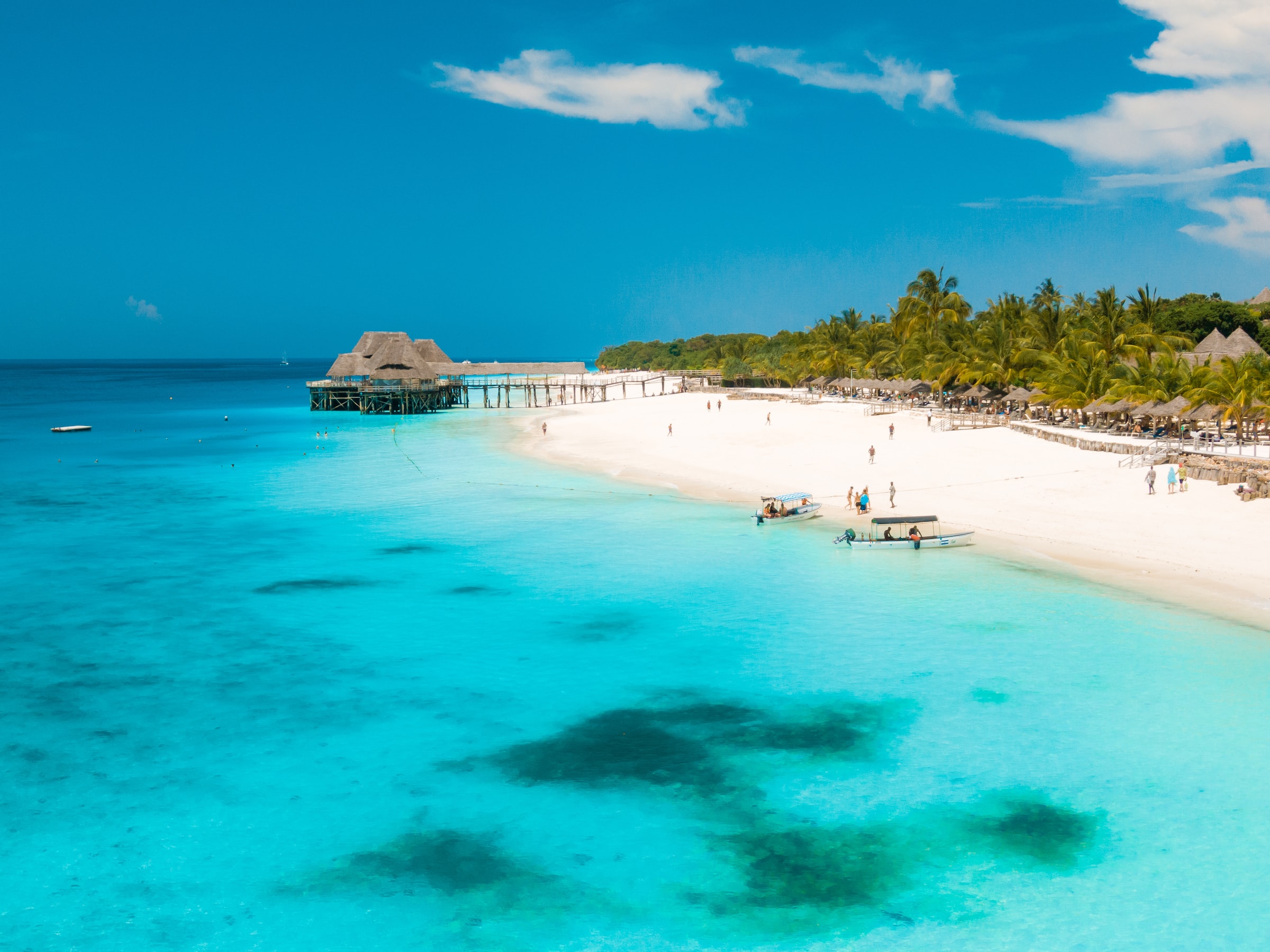 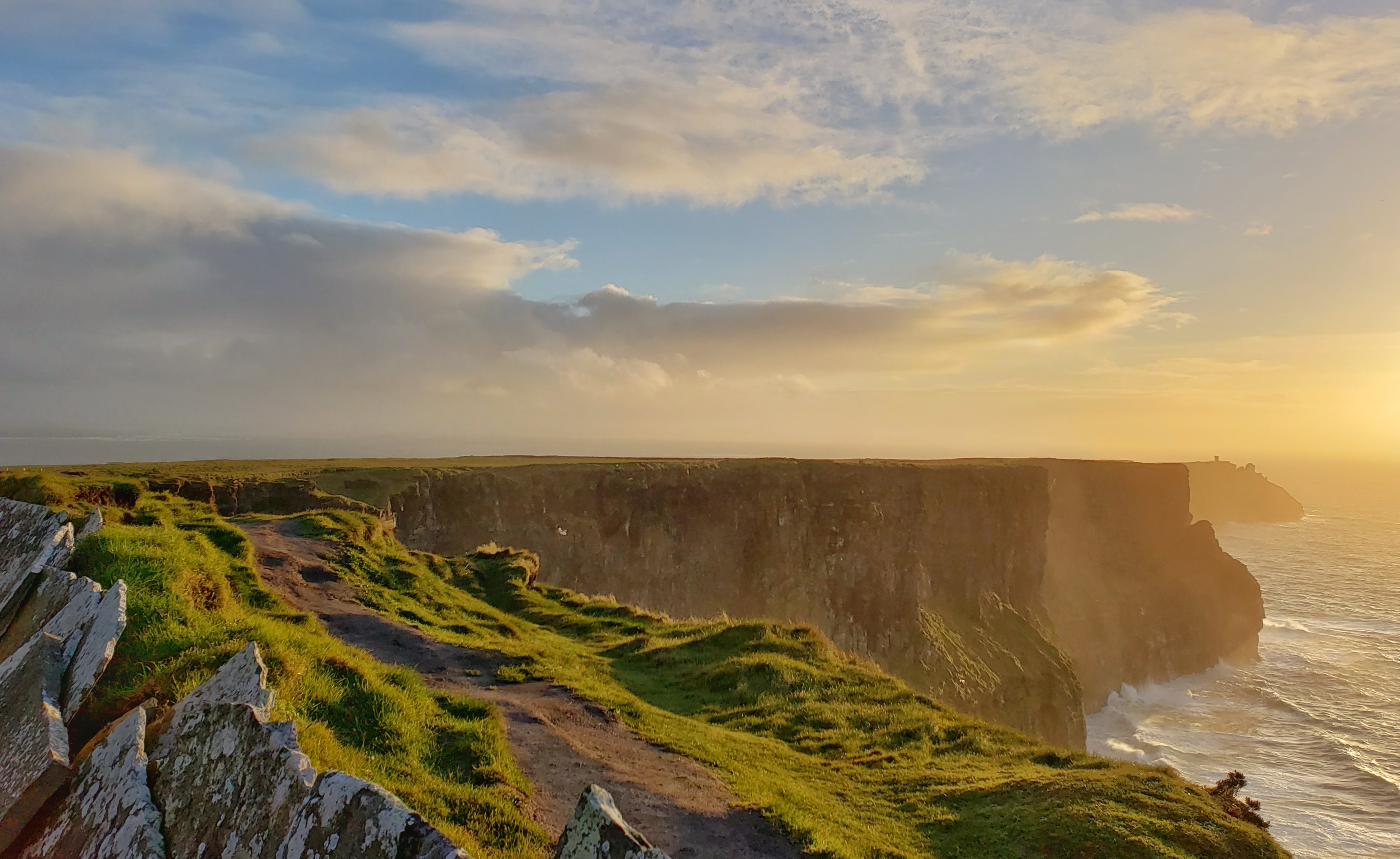 5 Days in Ireland: From East to West Coast