Norilsk – The Isolated Russian Town Dubbed “Most Depressing on Earth”

You might have thought it once or twice, but can you imagine your hometown being officially dubbed “the most depressing on earth”? That’s been the fate of residents of one Russian mining town, after several filmmakers, news outlets and journalists began to report on its less-than-perfect character. If you’re already thinking that you fancy paying a visit, read on to find out why that might not be such a good idea…

Travel writers are constantly on the hunt for the world’s top destinations, places famed for their high quality of life and aesthetic beauty. Yet how might we possibly identify the worst places on earth? Well, we might want to start in Siberia, where the isolated northern mining town of Norilsk boasts plenty of attractions that might send a tourist board into hysteria. Here you can enjoy year-round freezing temperatures, highly toxic levels of pollution, a history of near-biblical freak occurrences and a seriously gristly political history.

From Gulag to Mining Town

Norilsk is one of the most remote towns on the planet, located deep in the northernmost parts of Siberia, within the Arctic Circle. Accessible only by air, there are no roads to connect it to wider Russia, making it highly closed-off from the outside world. The town faces year-round ice and snow, averaging 9-degrees Celsius in summer and dropping as low as a bone-chilling -70-degrees in winter! During the seven months of winter here, the sun doesn’t even come up at all – meaning it is dark 24 hours of the day.

The town was built during the 1930s, as the site of a Gulag labour camp. Most of the housing blocks and main buildings were built by prisoners, who were forced to work all hours of the day in gruelling sub-zero temperatures. According to archives, it is estimated that 16,806 prisoners died under these cruel conditions, between the years of 1935-1956. Constructed in typical soviet style, the blocks today loom high above the permafrost, spaced out in perfect rows of brutalist grey concrete to act as a windbreak from the fierce winter winds.

Most people who grow up here are the children of miners, brought here to extract nickel and copper from deep inside the earth. The Norilsk Nickel corporation is in many ways a de facto governing body over the local population, employing a large percentage of residents and exercising tight control over the rights and rules of Norilsk town. If you ever wondered what it would look like if a corporation took over the governing of a population – look no further than here.

The smelting of Nickel ore at Norilsk’s local processing site has created astronomical levels of pollution. It is estimated that one percent of global sulphur dioxide emissions stem directly from Norilsk. For locals, the effects of this pollution are visible everywhere, with permanent smog, acid rain and heavy particulates visible to the naked eye in the surrounding air. Countless environmental reports and investigations worldwide have named Norilsk as one of the world’s top polluters, and the town was formally recognised as Russia’s most polluted city by the Federal State Statistics Service.

In 2016, an incident was reported, that the nearby Daldykan River had turned a gruesome red overnight. Though an answer was never found, it was suggested that the cause may have been a Norilsk Nickel wastewater pipe leak, pumping out waste pollutants into the river. In 2020, a fuel reservoir, again owned by Norilsk Nickel, collapsed, flooding tonnes of diesel fuel into the Ambarnaya River.

Beyond officially recognised incidents, locals tell even scarier stories of pollution. All surrounding forests have died, creating a barren tundra of blackened tree skeletons as far as the eye can see. Adults, and children alike, regularly complain of breathing problems and respiratory-based illnesses and the local life expectancy is ten years shorter than the national average. One former resident even recounted that it was common to be walking outside and suddenly encounter random “polluted clouds” that suffocate you as you walk through them. When in this situation, your only choice is to hurriedly move out of it, or risk choking to death.

So Why do People Live Here?

I imagine, at this point, you’re asking the all-too-reasonable question – why on earth would anyone live here? There are several reasons. The first, is that the employment rates are actually comparatively high for rural Russia, as is the pay. Many people move here with their families for a number of years, in order to save up money. With huge nickel deposits underground, the mining opportunities are in no danger of drying up and many view the financial benefits of moving to the region as outweighing the downsides.

Another point is that although surface level Norilsk appears like a dystopian ghost-town, this is largely because life exists predominantly underground. Because of the extreme temperatures - communal spaces, restaurants, cafes, and malls are all built deep under the ground level and away from the bitter cold. If you’ve been to Russia before, you’ll know that what the nation lacks in warm weather and aesthetic cityscapes, it makes up for in warm hospitality and an unfazed and humorous approach to life! Though the city may appear cruel and inhospitable to outsiders, the people that call this place home are very much the opposite.

To understand the appeal of Norilsk from an insider's perspective and to see how beauty can be found in even the harshest of places – check out this moving and inspiring short documentary film. Written and directed by Victoria Fiore, it manages to capture a beauty in Norilsk that few other than life-long resident’s may ever have seen or considered. Despite this, the documentary makes no secret of the toxic pollution and bitter winters that make life here so challenging:

So, you’ve got to this point and still decided you’d like to visit? Well, you may find this a challenge. Back in Soviet-era Russia, many of the nation’s remote towns and cities were designated “closed”. Over the last century, these have mostly been opened-up again, meaning visitors, tourists and foreign journalists were once again allowed access. However, there are still a few towns across Russia that maintain this closed-off status – Norilsk being one of them.

There is a legal way of getting to Norilsk – by getting “special permission” from the Russian government. However, this may be tricky, since Russian security is famously strict. For up-to-date travel information, we recommend checking the foreign travel advice provided by your country's public sector information website. 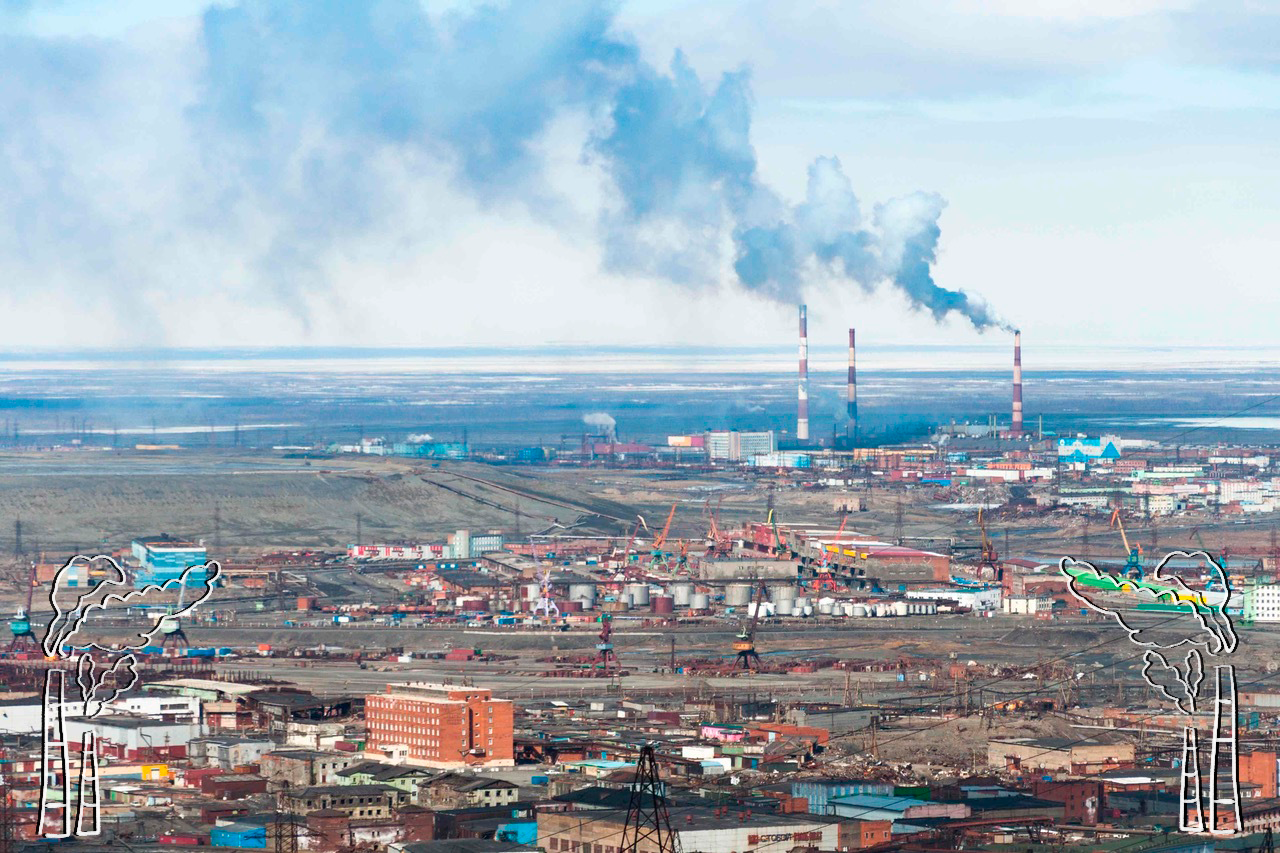 Russia - Facts Before You Go

🚞 The longest train journey in the world