Longest Road Trips in the World You Could Drive

Everyone loves a road trip – out on the open road, free to explore wherever and whenever you want. With a classic playlist on shuffle, plenty of car snacks and a roughly drawn route into the unknown, there’s a reason why road trips feel synonymous with chasing adventure and freedom. With this list, we’re focusing on distance, drawing up some of the longest and most ambitious road trips we can think of. Grab a bag, a map and some friends, and head for the sunset…

This one’s a classic, and many brave adventurers have crossed this monster journey off their list. One of the longest north to south journeys in the world, the fastest known completion of this route was 13 days, 8 hours and 48 minutes, as part of a publicity campaign for the new Ford Cortina. This beat the previous champions by 18 minutes! If, however, you’re keen to actually soak up the incredible sights, a month is likely the minimum time needed to cover this two-continent trip.

Starting with the Eurostar to Calais, passengers can enjoy scenic drives through rural France and Spain, take the ferry across the Strait of Gibraltar and down into the heart of Africa. For those that make it across the harsh Saharan Desert, the road evens out to provide breath-taking drives across countless National Parks, from the primate-filled rainforest reserve of Dja Faunal in Cameroon, to the lion and elephant filled landscape of Etosha National Park in Namibia. Pulling into Cape Town at the southern tip of South Africa, this drive will have covered 13,207km (8,207 miles) and 13 countries.

Driving ‘The Big Lap’ is another adventure that is often planned and rarely attempted. With huge swathes of the continent uninhabited due to its searingly hot desert climate, Australian road trips can be lethal to those without a map and plenty of backup fuel. The best bet for anyone looking to cover the whole country is to stick to Highway 1, a 14,935km (9280 miles) long highway that essentially follows the entire Australian coast in one big loop. Starting in Sydney, drivers can follow the coastline up to Brisbane, past Cairns, Darwin, Port Hedland, Perth and Adelaide, before hitting the spectacular Great Ocean Road to Melbourne and finally, back to Sydney.

The drive is perfectly possible to do within a month, but three months will give drivers time to better explore each stop fully. Because of the size of Australia, it is important to also keep an eye on the seasons. It is recommended to start the north in winter and summer in the south, following the milder temperatures round as you go.

Centuries ago, nomadic settlers made their way along the central Asian steppe, seeking new lands and adventures. Now you can follow their route, making your way through Eastern Europe and down into Turkey. Crossing the Istanbul bridge, Europe slowly turns into Asia, swapping crumbling Christian churches for Islamic minarets and the sweeping rural expanse of Lake Van. From Turkey you have two choices, head down through the ancient Persian settlements of Iran, or up over the Caspian Sea into Russia. Both routes reconvene in the sweeping grasslands of Uzbekistan and Kyrgyzstan, before the Gobi Desert springs over the horizon.

In recent years, adventurers have made this journey into a challenge, dubbing it the Mongol Rally. Each year, participants sign up, buy a beaten-up old car and race from Europe to Mongolia. Generally broadcasting their progress (or non-progress) on social media, the challenge is designed to be as disaster-filled as possible, creating opportunity for “motoring stupidity on a global scale” and unexpected adventures. If this sounds like your cup of tea, sign up for the Mongol Rally 2022, and start looking for your rubbish vehicle!

So you might have done a cross-US road trip, but how about dreaming a bit bigger? This mammoth road trip covers almost the entirety of the Americas, from northernmost Alaska, down through Canada and the US, into Colombia, coastal Peru and Chile. The only break to the journey is the Darien Gap, a roadless region preventing driving access between Panama and Colombia (and by extension the entirety of North America to South America). Though there have been several attempts to build a highway, the impenetrable dense rainforest and prevalence of tropical diseases (not to mention the importance of protecting the indigenous communities that remain in the forests), means a road crossing has never been possible.

The only option, bar a famously hellish 5-day ferry journey, is to take a flight, but once safely into Medellin or Bogota, the journey south can carry on unimpeded. Assuming one drives from Prudhoe Bay in Alaska to Panama City, and then Medellin in Colombia to Quellon in Chile, this insane road trip should clock up a cool 23,662km (14,703 miles). Assuming you drove for 8 hours a day, this trip would take you a month. Those who have done it, however, take anytime between 2 months to 2 years.

Our final route on this list doesn’t actually exist yet. It is an imagined driving route that follows much the same path as the Mongol Rally – from London to Ulaanbaatar. Yet once it hits Mongolia, it carries on, heading up through the easternmost point of Siberia and crossing the Bering Strait into Alaska. From there, the entirety of the Americas is possible, even linking down to South America. This journey is not yet possible, since the Bering Strait remains unconnected. However, plans for a Trans-Eurasian Belt Development are in the works, and we may soon see a connecting bridge be built to truly connect the world.

Who knows what such a connecting bridge will do for global trade, as well as perceptions of East and West? All we know is, it sounds like an epic road trip.

If you're planning a road trip across multiple countries, remember to get yourself covered with adequate car insurance just in case. 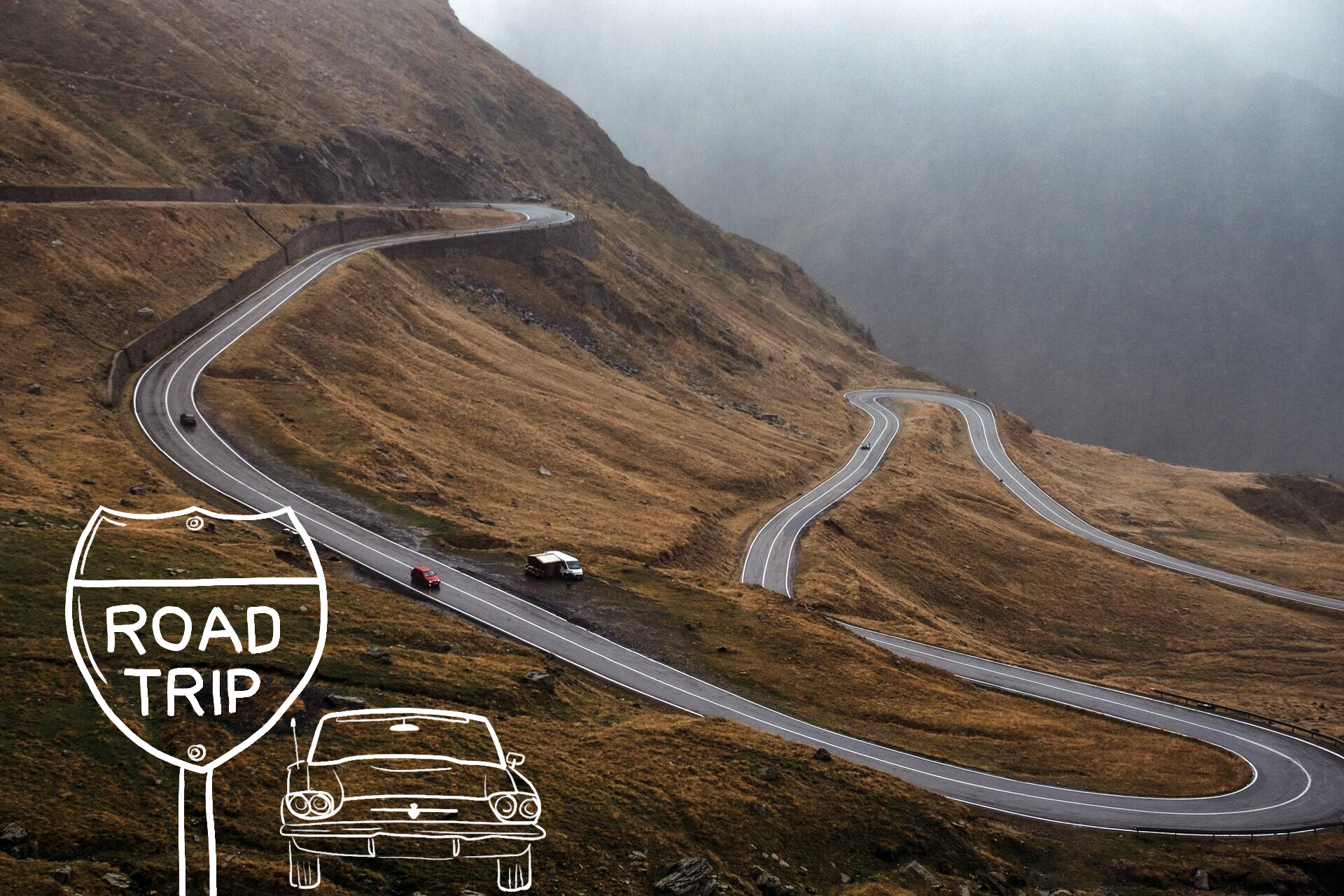