Lake Titicaca: Visiting the Highest Lake in the World

Beneath the towering reach of the Andes lies the highest altitude-lake in the world. Lake Titicaca's vast waters are home to a spectacular array of ancient curiosities. The 120 mile paradise holds islands of moons and suns, Andean flamingos, floating islands, colourful farming communities, age-old ruins and more! Learn about the different routes and roads that can be taken to reach Titicaca's inky blue shores as we share the best ways to explore this beguiling lake at the top of the world.

Where is Lake Titicaca?

Lake Titicaca sits between two South American countries: Peru and Bolivia.  Located on the high Andes plateau, about 40% of Titicaca lies on the Bolivian side and 60% on Peruvian side.

Just how high is Lake Titicaca?

You’ll actually often see Titicaca described as the “highest navigable lake in the world”, meaning it’s the highest lake that vessels can pass through. Such a distinction demarcates it from mountain lakes that might be higher, but are smaller and less accessible.

Technically, the highest body of water is Ojos del Salado, a crater lake in the Chilean mountains which lies at a whopping 6,390m above sea level. But because Ojos del Salado is only about 100 metres in length, does this really count as a lake? 🧐

Lake Titicaca, on the other hand, is over 120 miles long and 50 miles at its widest point - meaning it can most definitely be considered a lake. As well as earning the title of being the highest lake in the world, Lake Titicaca is also the biggest freshwater lake in South America.

How to get to Lake Titicaca

Most travellers in Peru start their lake adventures from Puno which is the biggest settlement on the lake. There are a few different ways to reach Puno:‍

If you want to add Lake Titicaca to your Bolivian itinerary we recommend travelling from La Paz (Bolivia’s administrative capital and home to an international airport) to Copacabana. This small town sits right on the shores of Lake Titicaca and is easily accessed by bus.

‍What is there to see and do at Lake Titicaca?

Once you’ve reached the highest lake in the world, what is there to do?

The islands of Lake Titicaca are definitely worth exploring. Each island will teach you something about the history of these ancient waters and the communities and settlements who have made the lake their home. You can also find plenty of affordable home-stays and accommodation options on all the islands.

Here is a quick rundown on the characteristics of each "isla":

🌞 Isla del Sol: The "Island of the Sun" is a beautiful rocky lump of land, best explored by rambling over the many trails that take you from shore-to-shore (no vehicles are allowed on the island). According to Inca legend, the island is said to be the birthplace of the sun. There are ruins to explore, folkloric tales to hear, and sandy beaches to roam.

🌖 Isla de la Luna: Arriving by boat, you'll be dazzled by the icy crystal-clear waters that surround this island. Similar to its neighbouring sister "sun" island, Island de la Luna (or "Island of the Moon") is also shrouded in sanctity and history. It's definitely less popular than Isla del Sol since it's much smaller, and while there is comparably less to "see", those drawn towards beautiful, barren landscapes will love it.

🌳 Isla Amantaní: Despite being largest island on Lake Titicaca, Amantaní is probably the least visited. Dotted with rural farming settlements, the island is a perfect place for fiery sunsets and long days filled with slow-paced serenity. Slip into the local way of life, test out your Spanish skills, and definitely take a walk to the top of Pachatata - the highest point on the island which has sweeping panoramic views across the lake.

🛶 Isla Taquile: A couple of days spent on the very tranquil Isla Taquile will give you a good amount of time to explore the 5.5km of rugged terrain which is dotted with farms, beaches and ruins. Make sure to swing by the UNESCO funded Community Artisan Center which showcases the vibrant local handwoven textiles. And keep your eyes peeled for Andean flamingos which frequent the shorelines!

✨ Uros Floating Islands: Since the Inca period, the Uru people of Peru built their homes on raft-like islands crafted from layers of reeds. Unsurprisingly, these have long been the most famous of all Titicaca's islands due to their ingenuity and uniqueness. If you want to visit them during your Lake Titicaca trip, it's well-worth doing research to pick the right kind of tour. Read more about the story behind these islands to get a heads-up on what to expect.

This video gives you a sneak peak at the Uros islands:

Stay for the Festivals

The traditions and festivals of the lake are a sight to behold! Puno is actually known as the "Folklore Capital of Peru" since it hosts a number of famed festivals during the year. It would be a treat to time your trip so that it collides with one of the following:

If you're up for freezing cold dips, there's nothing stopping you enjoying a swim. The fact that Lake Titicaca is the highest lake in the world means the climate is Alpine, and although the bays and beaches of the lake look beguilingly blue, even at the height of summer water temperatures are strictly for the brave.

‍
Should I visit Lake Titicaca from Peru or Bolivia?

The answer to this question really depends on the other parts of your itinerary as well as what you want to see and do.

Bolivian Titicaca and Peruvian Titicaca both have a lot to offer but if, for example, visiting the famous floating islands is a priority, then visit from the Peruvian side. And if Isla del Sol is your "must-see island", this is much closer to Bolivia.

Ultimately, it's a win-win situation as the wonders of the lake can be explored and enjoyed from either side (or just embark on a Lake Titicaca extravaganza and explore the lake from each and every side!) 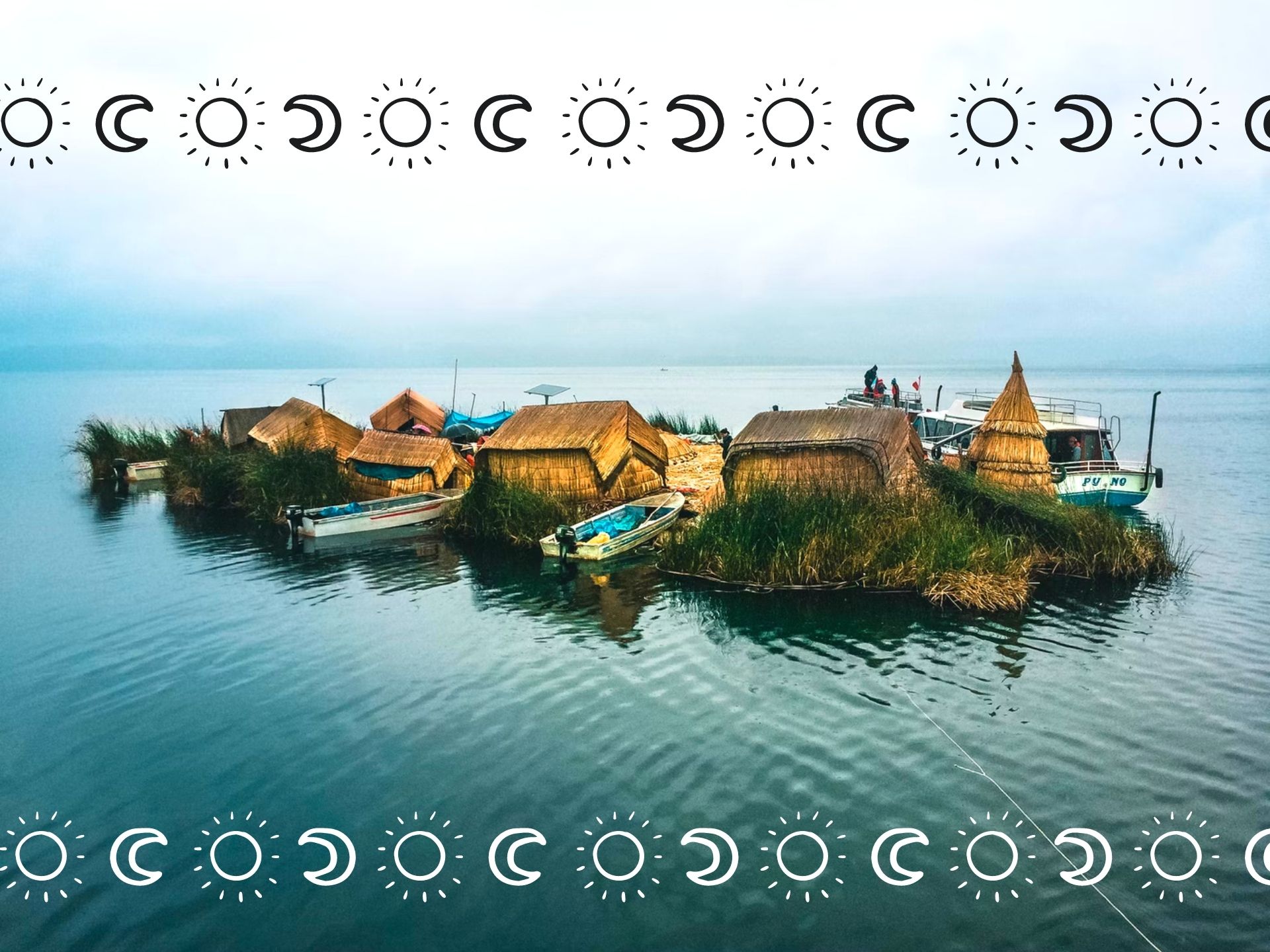 Lake Titicaca - Facts before you go

💰 Sol (PEN) on Peruvian side

💰 Boliviano (BOB) on Bolivian side