Phenomenal. Flavoursome. Colourful. Ridiculously good. How else can we begin to describe Ethiopian cuisine? If you've never tried it before, welcome to the land of coffee, honey wine, ancient grains and impossibly perfectly spiced stews! While the rest of the world is catching on to the delights of Ethiopian food, the OG stuff is still found in Ethiopia itself...

A handful of dishes and drinks have been around for centuries in Ethiopia; some of the earliest meals used Teff, for example, which is an indigenous, ancient grain that’s been around for more than 5,000 years. Teff has long been a staple in Ethiopian cuisine and culture, as has Tej - a honey wine that has been around since the days of emperors and empresses and considered Ethiopia's national drink.

You'll even find Tej featured in early Ethiopian paintings that depict everyday life like the one below. Men, possibly at a Religious event, are drinking this syrupy sweet drink from bereles, which are the long necked bottle that Tej is historically served in.

Spices are another very important part of Ethiopia's food scene, as is coffee, where the coffee plant - Coffea arabica comes from. As told in the legend of Kaldi, Ethiopia is widely considered to be the birthplace of coffee!

Known for a communal style of eating, you'll find no cutlery at an Ethiopian table. Eating with your hands is the norm and like some other places around the world - eating with your left hand is considered rather rude (lefties be warned!)

Injera is a fermented flatbread that accompanies most dishes and meals in Ethiopia, and it's particularly perfect for scooping up stews. Traditionally made from Teff, it's cooked in a large round pan (which gives it a pancake shape) and the taste can be surprising to first timers, as it is a little lemony and less neutral in flavour than might be expected. The injera can also slightly differ depending on where you eat it.

Ethiopia is the biggest producer of honey in Africa. Tej is one of the most famous ways the Ethiopians have enjoyed honey for centuries as this sweet, honey wine is brewed using honey, yeast, water and an indigenous herb called gesho. It goes very well with the spicy dishes and is every bit as delicious as it sounds.

No it’s not a dish. It’s a spice. But not just any old spice; berbere is the spice of life for Ethiopians. It would be no exaggeration to say that the success of many of Ethiopia's best foods is predicated on the wonders of berbere which brings a unique intensity and kick to many dishes including: Timatim salata (a tomato salad), doro wot (a chicken stew) and Chechebsa (a breakfast dish). It can be made from mixing up to 20 spices, with Paprika being one of the essential parts of this spice blend. ‍

This is how you unlock new level of taste. Wot (or wat) are fiery Ethiopian stews that are often scorch-your-tongue spicy (in a delicious way). If you order a few, you'll get to try a bunch of them with injera, which wot is always served with. We recommend making sure misir wot, shiro wot and duro wot are in the mix!

Ethiopian coffee is best enjoyed as part of "jebena buna" - a long and languid coffee ceremony which serves as an important daily ritual in Ethiopian life and something travellers can experience for themselves when visiting most restaurants and cafes. It involves downing up to three small cups of dark black coffee which are brought to the table by a female, accompanied by burning frankincense and a side of popcorn.

This has been a taster of some of the foodie highlights from Ethiopia. For a deeper, more immersive experience of Ethiopian cuisine, visit Addis Ababa and go on this food tour! 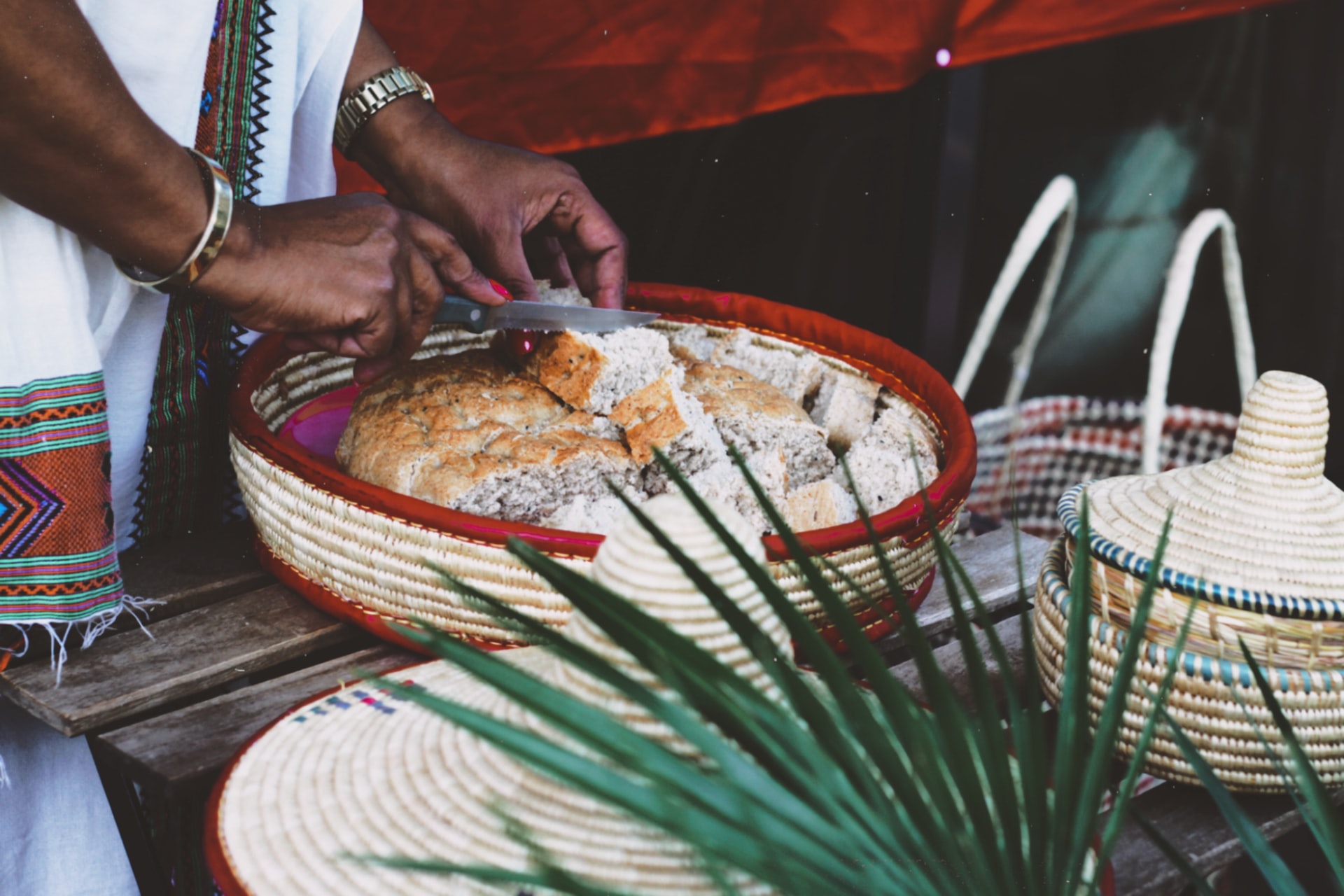 Ethiopia - Facts before you go