A warm breeze from the Indian Ocean blows in through the narrow alleyways of Mombasa old town. It stirs up the spiced aroma of food being prepared on street corners. Centuries ago, these same winds first brought Arab traders into the city port. Arriving in dhows laden with cloves, saffron, cardamom, cumin and turmeric - they came with the same spices that continue to be used abundantly in the food you'll find being sold on the streets today. In this post, we take a closer look at the Swahili street food scene to bring you valuable intel from a local food lover who knows everything about the best snacks and dishes being served in the city.

The Kenyan coastal city of Mombasa might not be the first place that comes to mind when you think of "top global food destinations". It is, however, an unassuming oasis of flavours, colours and tastes.

During an afternoon or evening spent idly roaming the streets, you’ll notice the mass of markets brimming with sweet smelling local produce, and vendors frying, roasting and grilling on huge streetside jikos (stoves), which are raised and propped up by bricks or stones.

The food in Mombasa is a culinary culmination of all the cultures that have passed through the city.

Different nations at different times, came, conquered and cooked - introducing new flavours and produce to the indigenous cuisine. Since the 18th century, the Omanis, Portuguese, and British all occupied Mombasa due to its port, which had an advantageous location along the East African coast.

Arab merchants arriving to Mombasa as early as the 12th century, traded spices for slaves and ivory, and today, an abundance of spices like cumin, cardamom, saffron and turmeric continue to season the Swahili cuisine. The Spice Market is a great place to go for a modern day sensory representation of this part of Mombasa's history.

You also won't fail to notice the prevalence of well-known Indian foods, like bhajis and samosas, in Mombasa. This is due to the large number of Indians who voluntarily settled there after indentured Indian labourers finished building the Kenya-Uganda railway line (nicknamed the "Lunatic Express") during Britain's colonial rule.

These crunchy, flavourful little potato nuggets are very popular along the Swahili coast. They are made by boiling potatoes ("viazi" being swahili for potato) which are then tumbled around in gram flour and spices before being deep fried and spooned onto your plate - freshly made and piping hot. They are best enjoyed with a chutney or sauce. Tamarind chutney is a common accomplice, as is a soup-like spiced coconut milk mix you will see being ladled out into bowls. The wisest option is probably to have them with a bit of everything.

Mitai is arguably the most addictive of Mombasa’s street food snacks, especially for anyone with a propensity for all things sweet and doughy. Mitai is found throughout the East African coast and is basically a small doughnut made with coconut (and sometimes spiced with cardamom), which comes in different shapes depending on which vendor you visit. Having it alongside a cup of local chai or kahawa (special Swahili black coffee with ginger) makes for a wonderful pairing.

Mogo is the local name for cassava. This root tuber is grown widely in areas surrounding Mombasa and is a definite street food staple. You’ll normally see it chopped and fried into thin crisps in a huge, deep open pan, or grilled whole in its skin. Grilling makes the mogo all soft, buttery and it is more filling than eating them as crisps which are piled high in an open bag (this being the lighter but no less tasty alternative). Regardless of how the mogo is cooked, its natural, quite neutral taste is enlivened by seasoning it with a holy trinity of flavours: chili, lime and salt.

Ever eaten the inside of a palm tree before? Heart of Palm is an unusual but unmissable delicacy that is harvested from the inside of certain coconut palms. Eaten raw, it has a crisp, crunchy, fresh taste. You'll see it being skillfully sliced up by vendors around Mombasa, and we recommend that you grab a piece or two as a palate refresher between the richly spiced nature of most other foods.

What does a Local Mombasa Food Lover Recommend?

Nobody knows the street food scene in Mombasa better than Khawaii.

Born and bred in Mombasa, Khawaii has been introducing visitors to the world of Mombasa street food for years now. A familiar face with the local vendors, she runs tours around the city for those curious to learn more about Swahili cuisine and culture.

Joining Khawaii for an evening or afternoon is the best way to root out the tastiest snack spots in the city. She will help you navigate the maze-like alleyways of the old town, telling you stories about the local history before ushering you into a tuk tuk so you can make the short cross-city journey to Mama Ngina Drive, a place fondly referred to as "Lighthouse". It is a seafont stretch of road where locals go to gather, relax, talk and importantly - eat.

‍For Khawaii, “It’s the heart and soul the vendors put in to produce authentic delicacies that stay true to the local culture”.

What about your ultimate favourite street foods?

Finally, what is your top place to stop off at?

In Khawaii's eyes, the best spot for street food is a hidden gem - a pop-up open-air "coffee shop" overlooking the Indian Ocean and tucked away in a part of the old town you might easily walk past and miss. The vendor only arrives at certain times during the day with his wares, coffee pots and sweet delicacies. Here, Khawaii will recommend that you try "kahawa tamu, chungu na lady za nazi". This might read like a mysterious jumble of Swahili words, but later, once you've been there for yourself, it will represent the tastiest of memories! 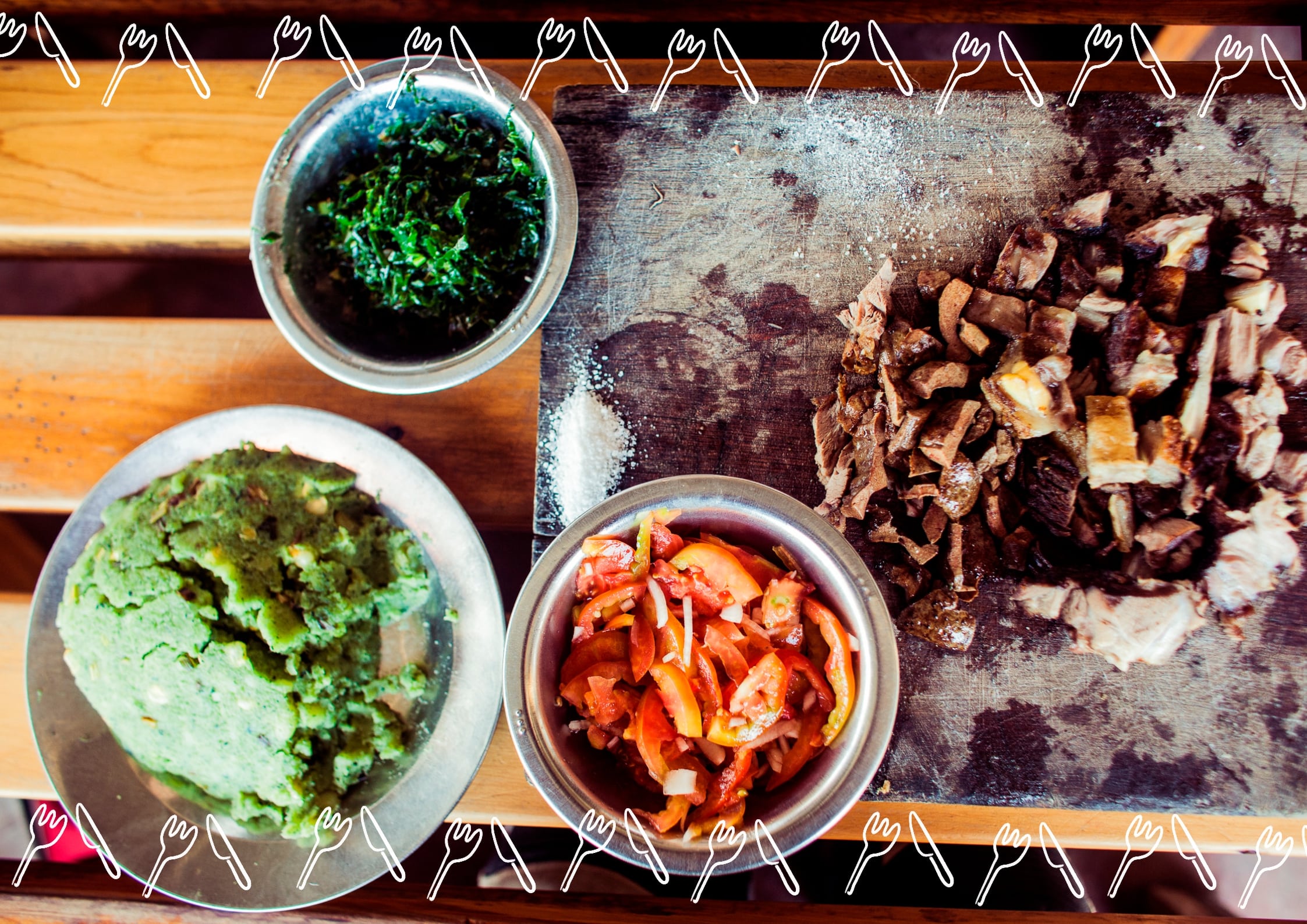 Kenya - Facts before you go