Just off the South-West coast of Australia, nestled on the banks of Middle island in the Recherche Archipelago, stands Lake Hillier - perhaps the world’s most striking lake. Notable for its vibrant bubble-gum pink colour, this lake must be seen to be believed.

Standing at around 600 metres in length and 250m in width, the lake is small enough to walk around - yet it is not the easiest to get to. Tourists can get a clear view of it from above via a flight tour or access it from the sea by boat if accompanied by an official guide.

The reason for the lakes pink colour has never been definitively proven, but scientists believe it is likely to be the result of the presence of the organism Dunaliella salina. These red algae are unusually tolerant of very high salt concentrations, meaning they are able to exist and photosynthesise in conditions that other micro-organisms could not. During photosynthesis, they produce carotenoid pigment similar to those found in carrots, which produce a red dye. Other bacteria in the lake may also play a part and it is likely a consequence of various natural phenomena reacting together with the salt that ultimately gives rise to this wacky colour. The colour remains the same all year round but appears less vivid up close as it does by plane. Nevertheless, even when bottled and taken home, the water retains its distinct colour.

In recent years, the Extreme Microbiome Project has been conducted by the Association of Biomolecular Resource Facilities (ABRF) and Metagenomics Research Group (MGRG) to properly analyse the microgenomic qualities of the organisms in the lake. They discovered Dunaliella salina, Dechloromonas Aromatica and various other interesting species.

The lake was first discovered on 15 January 1802 by Matthew Flinders, an explorer and cartographer. He took samples of the lake water and his first sighting is recorded in his journal, describing it as ‘a small lake of a rose colour’. It was Flinders who named it Lake Hillier, after a fellow crew member William Hillier, who had died of dysentery. Nearly a hundred years later, the lake was mined for salt, but this industrial enterprise was cut short due to the salt’s toxicity

Despite the salt’s toxicity, the lake is technically safe to swim in, although a special license is required from the Western Australia Department of Environment Conservation. Few other animals could comfortably live in such conditions, so swimmers can safely swim without fear of encountering one of Australia’s many deadly creatures! Just make sure not to drink the water…

Is this lake unique?

Surprisingly, this is not the only pink lake in the world. Lake Retba in Senegal is also a vibrant bubble-gum colour and has been successfully harvested for salt by locals. Laguna Colorada in Bolivia has a stunning pink colour, framed by the silhouette of the Andes Mountains in the distance. If that wasn’t enough pink, the lake is also a popular hangout spot for endangered James’ flamingos! There are even other pink lakes in Australia, such as Hutt Lagoon on the Coral Coast, Lake Eyre and Lake Bumbunga.

For those keen to see Lake Hillier, Goldfields Air Services offers tourist flights all year round, giving visitors the best possible view of this bizarre natural phenomenon. Alternatively, HeliSpirit offers a more luxurious service, taking small groups over the island by helicopter. Finally, Esperance Island Cruises takes visitors right up to the lake, all from the comfort of a cruise ship.

Starting from Skratch? Here’s a few tips to get started: 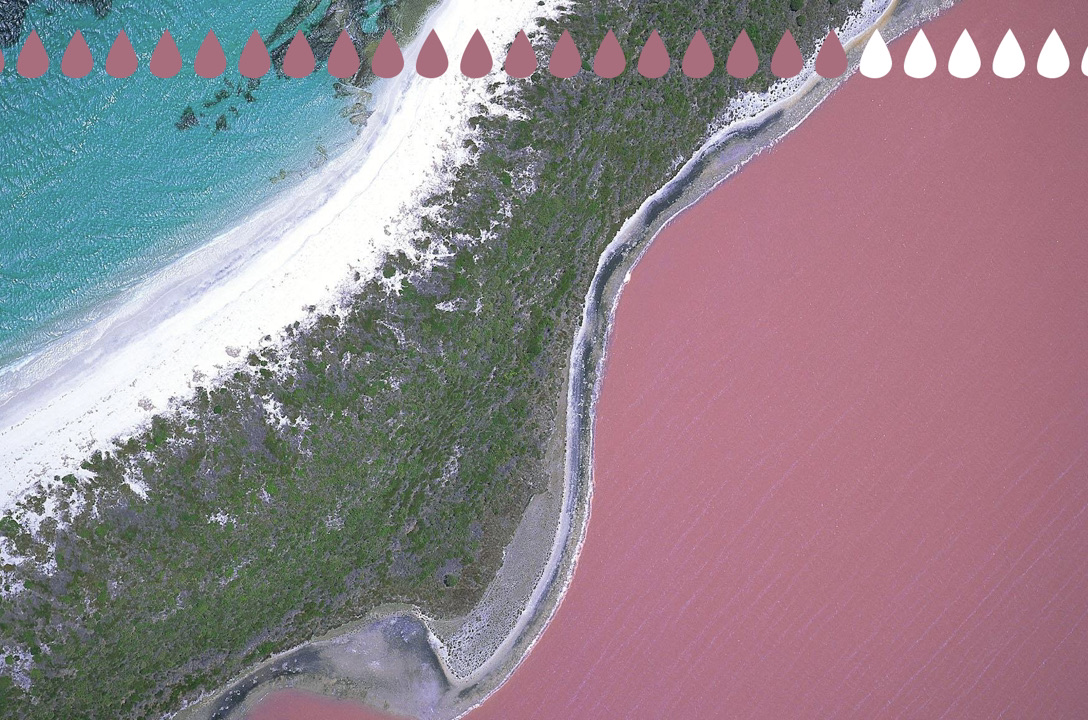 Australia - Facts before you go