Dubrovnik: And Why You Should Go to Kotor Instead

Dubrovnik, the jewel of Croatia, has always been popular with tourists. With its characterful, orange-roofed houses and winding, cobbled streets, the old town is a neighbourhood frozen in time, transporting visitors back to a medieval fantasyland. Or at least it used to, but over-tourism in the past decade has somewhat spoiled the effect. In this article, we take a look at a town with just as much charm and a fraction of the visitors, just a hop over the border in neighbouring Montenegro.

Dubrovnik was once an off-the-beaten-track gem, attracting visitors for its historic charm and fascinating history. With the capitals of Europe heaving under tourist numbers, savvy city-break hunters headed south to this picturesque Mediterranean port city. Nestled within a 2-kilometre radius, the ancient walls of the old town perfectly preserved the architecture from new city developments. Unfortunately, this perimeter also became a problem, as visitor numbers soon reached levels that were unsustainable for the towns small size. Then the town became the filming location for Game of Thrones’s ‘King’s Landing’, and numbers skyrocketed in the summers between 2015 and 2020. Figures suggest that the number of tourists wandering around the town during the peak summer season is approximately eight times the size of the total local population. Homes have all been bought up and converted into hotels, whilst local populations flee the noisy streets and constant crowds.

The joy of visiting a preserved medieval town is that feeling of immersion into a time long gone, but the illusion is shattered when you have loud visitors pouring off of cruise ships and surrounding historic sites in a sea of selfie sticks. Enter Kotor, Dubrovnik’s little-known neighbour and perfectly preserved gem. Kotor is another medieval town on the Mediterranean, nestled in the Gulf of Kotor in the small country of Montenegro. Despite being in another country, the town is just two hours from Dubrovnik and retains much of its architectural style. Due to its turbulent history and relative tiny size, the country is little known by tourists, and few would think to visit it. However, as we will argue, Montenegro is bursting with historic and natural beauty, with a fraction of the crowds.

Much like Dubrovnik, Kotor's old-town is a stunning hodge-podge of vibrant orange roofs. Inviting you to get lost, this UNESCO town is a labyrinth of cool, cobbled alleys and blue shuttered windows. Side-streets emerge into large open squares, where trestle tables spill out onto the street and striking churches loom overhead. Signs of a thriving local community are everywhere, from hanging planters in windowsills to washing lines hung between windows.

Boutique shops make great business here, as visitors have the time and space to wander into stores and get chatting to the owners. The old town may be small, but the slow pace of life makes it perfect for walking around, ducking into small shops and stopping for a coffee outside a café.

In the evening, the many restaurants bring out their tables, patiently waiting as passer-by’s peruse menus. Bars stay open late, with most offering anything from wine to aperitifs to late night sandwiches. There’s even a nightclub in the centre of the old town - Club Maximus - that might be one of the most tasteful and beautifully designed clubs in the world.

What to see in Kotor:

Though the vibe very much encourages you to simply wander and get lost, there are a few staple must-sees in the Kotor old-town. The first is the Cat Museum of Kotor, a love letter to the towns many stray cats. The collection's exhibits were donated by Countess Francesca di Montereale Mantica, and may be one of the biggest collections of cat images in the world. Next on the list is the Maritime Museum, a fascinating look into the town’s naval history and trade connections. You can’t miss Saint Tryphon’s Cathedral, the huge two-towered building that stands by one of the towns biggest squares. Entry is just a couple euros and visitors can see the cathedral’s beautiful interior, as well as the views from the upper-level balcony.

If you have a spare day and want to get out of the town, head to San Giovanni Fortress, an imposing castle with towering wall that dates back to the 2nd Century BC. Hikers can climb the 1355 steps along the wall to the fortress, taking around an hour. From the top, the views are spectacular, taking in the Bay of Kotor and the entire old town. Another beautiful trip is a boat ride to Our Lady of the Rocks, a small catholic church located on a mini island.

Where to Eat and Drink:

Within the old town, Caffe Pizzeria Pronto is one of the most popular places, serving hot Italian pizza at good prices. The Old Winery offers a great selection of Mediterranean wines and comfortable outdoor seating. Salvatore ice cream is the place in the town to get gelato, with a long list of exotic flavours. Late night bar Letrika is always popping and is particularly popular with locals. Finally, for delicious local seafood, the panoramic restaurant of Galion is the perfect upscale option, located a short way out of the old town on the other side of the bay. Offering stunning views over the city and a wide drinks menu, this is the perfect spot to round off a weekend in Kotor. 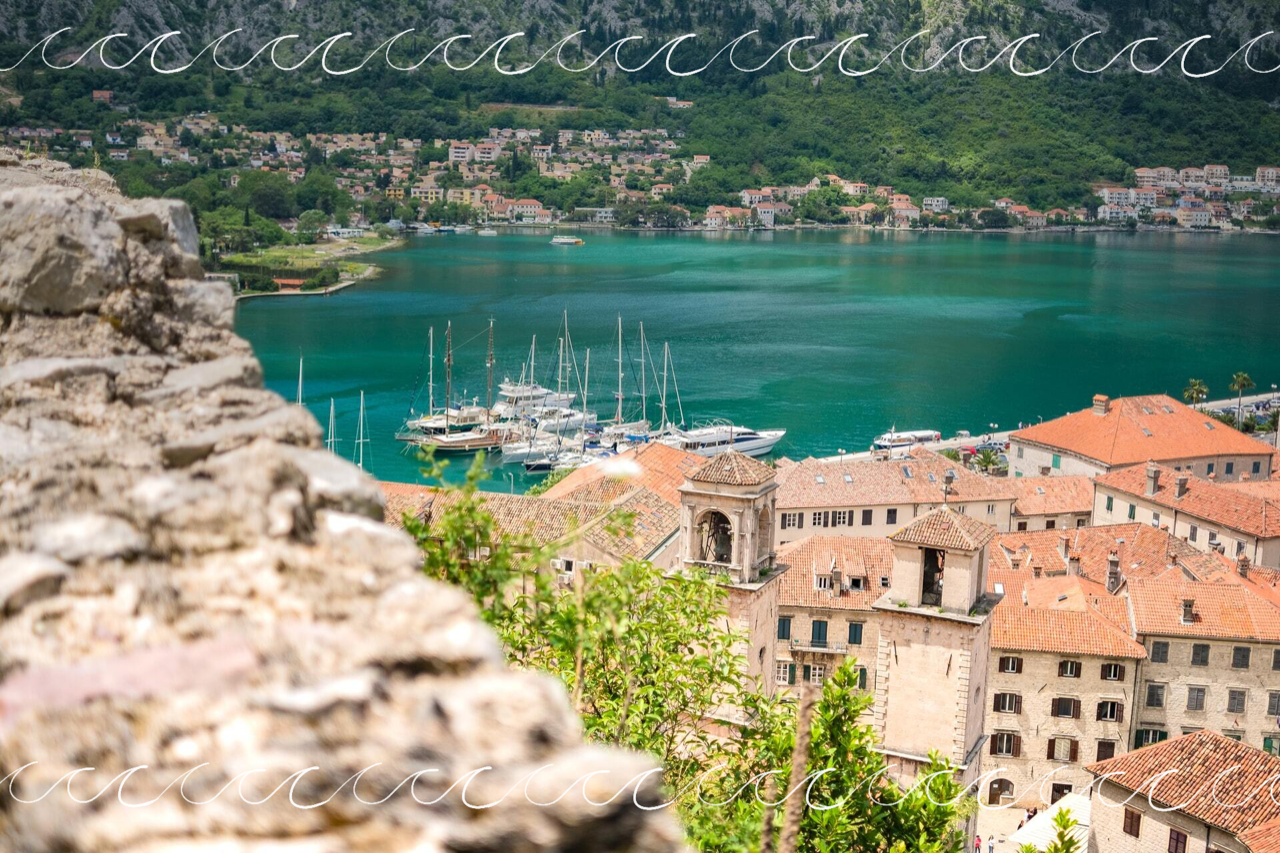 Montenegro - Facts before you go

Not expected, but welcome in restaurants and hotels