Rio de Janeiro is, above all else, a city that loves expression. From its crazy carnivales to it’s beautiful beaches, it’s a place that constantly encourages residents and tourists alike to hold nothing back when it comes to showing off one’s own personality. There’s always another show to catch or a beach party to crash, so the people of Rio have gotten very used to getting their food to go, but with the aforementioned cultural drive of the city, the passion for food is so great that it’s impossible to choose just 1 meal to grab! This guide was somewhat hard to make for all the right reasons, no matter what food you choose you won’t be disappointed and every spot throughout the city does things a little differently. We’ve tried to whittle it down to some of the choice specialities that’ll give you a good idea of what Rio street food is all about!

Most commonly detectable by the robust smell of racks on racks of grilling sausage near the coast, the Mineiro is found less in bars and restaurants and more being served by street vendors who set up at the crack of dawn to catch the locals heading down for a day on the beach. A white roll, 2 fresh home-made sausages, cheese and lettuce topped with aioli and chilli sauce makes for one of the best breakfasts in a bun you can find.

Small pies made of light, flaky pastry stuffed with a variety of fillings from cheese to chicken to shrimp and many others. Their versatility, perhaps, is what makes them so appealing to street vendors and bar keeps when paired with an ice-cold brew. Everyone in Rio has their own special Empada filling recipe, and they’re not telling!

Generously seasoned filling of choice, with some of the most popular being cod, beef, and beans, gets molded into a puck or ball and deep-fried. Similar to the Empada, this bite-sized bar snack is common in the boteco’s dotted across Rio. Often had alongside drinks, they are loved for being self-contained explosions of crisped up flavour.

Recognisable by their iconic tear-drop shape, the cochina takes a number of fillings, traditionally shredded chicken and cream cheese and wraps them up in dough made from cassava flour before coating them in breadcrumbs before deep-frying for a crispy golden-brown finish. Being one of the more popular fried treats means that you’ll most certainly find these drops of deliciousness coming in all kinds of varieties.

It may be pretty apparent from this list just how much Rio loves it’s fried foods and meat-heavy morsels but these citizens are no slouches when it comes to satisfying the health-conscious among us. If you’re trying to maintain a body to fit one of Rio’s legendary beaches, then look no further than the Acai bowl. a staple dish in the healthy nutrition community that originated in Rio, the Acai berry is packed full of anti-oxidants and vitamins to help support a healthy balanced lifestyle as well as being absolutely delicious when paired with fruits, oats, honey, or granola. If you’re crazy about fitness and want to know where this renowned bowl of ample amino acids originated, then look no further.

The legendary motivator that drags Rio locals out of bed and down to the Sunday market. Sporting the classic combo fillings of whichever dried meat tickles your fancy, shredded chicken, shrimp, or cheese, this Sunday staple differentiates itself from the other deep-fried foods on the list by being assembled using a high-fat dough that puts the crisp in crispy after being dunked in the fryer. The form invokes images of cornish pasties, complete with a filling-free rim for holding and eating on the go but with the signature brazilian spin put on them via the deep-fryer. Often served with a cup of freshly-squeezed sugarcane juice, this treat truly stands out as one of the major reasons to respect a day of rest in Rio.

Rio street food is all about individual expression, every restaurant owner and street-cart peddler has their recipe or special sauce that makes their dishes stand out from the rest. It is impossible to provide a definitive list of the best food spots in Rio but here are a couple of recommendations of the different sorts of establishments that are worth checking out if you want to sample what we’ve written about here or experience the dynamic nature of Brazilian cuisine for yourselves.

BB Lanches - The perfect place to head to early in the morning boasting a variety of baked goods, including pastels and empadas, and juices as well as some of the finest acai bowls the city has to offer.

Sabor da Roça - A prime example of a diamond in the rough. It speaks volumes that such a quality establishment can thrive in the favelas of Rio such as this. Acknowledges for its Coxinas amongst other things, this gem of Rochina boasts both incredible prices and quality cuisine.

Beco de Hamburger - While they didn’t make the list, it would be remiss of me not to mention Rio’s love of burgers. It should come as no surprise that the on-the-go lifestyle lends itself so handily to a love of the American fast food staple, but being the expressive culture that it is, it’s to be expected that the people of Rio would take the concept and run a damn-near marathon with it! Check out Beco de Hamburger if you’re looking for familiar food with a Brazilian twist.

‍Mania de Churrasco! - This is a place for the reader that loves the idea of Rio’s cuisine thus far but prefers to sit down and savour their street food choices. Enter the world of Churrascarias, restaurants with an emphasis on barbecue and grilled meats. You may find a quality selection of burgers on offer but the real draw here is the Picanhas, a top part of sirloin steak seasoned and cooked to perfection to ensure the optimal level of tenderness and overwhelming flavour. This along with the stellar view offered by this establishment makes for a dining experience not soon to be forgotten!

Starting from Skratch? Here are some links to help you out! 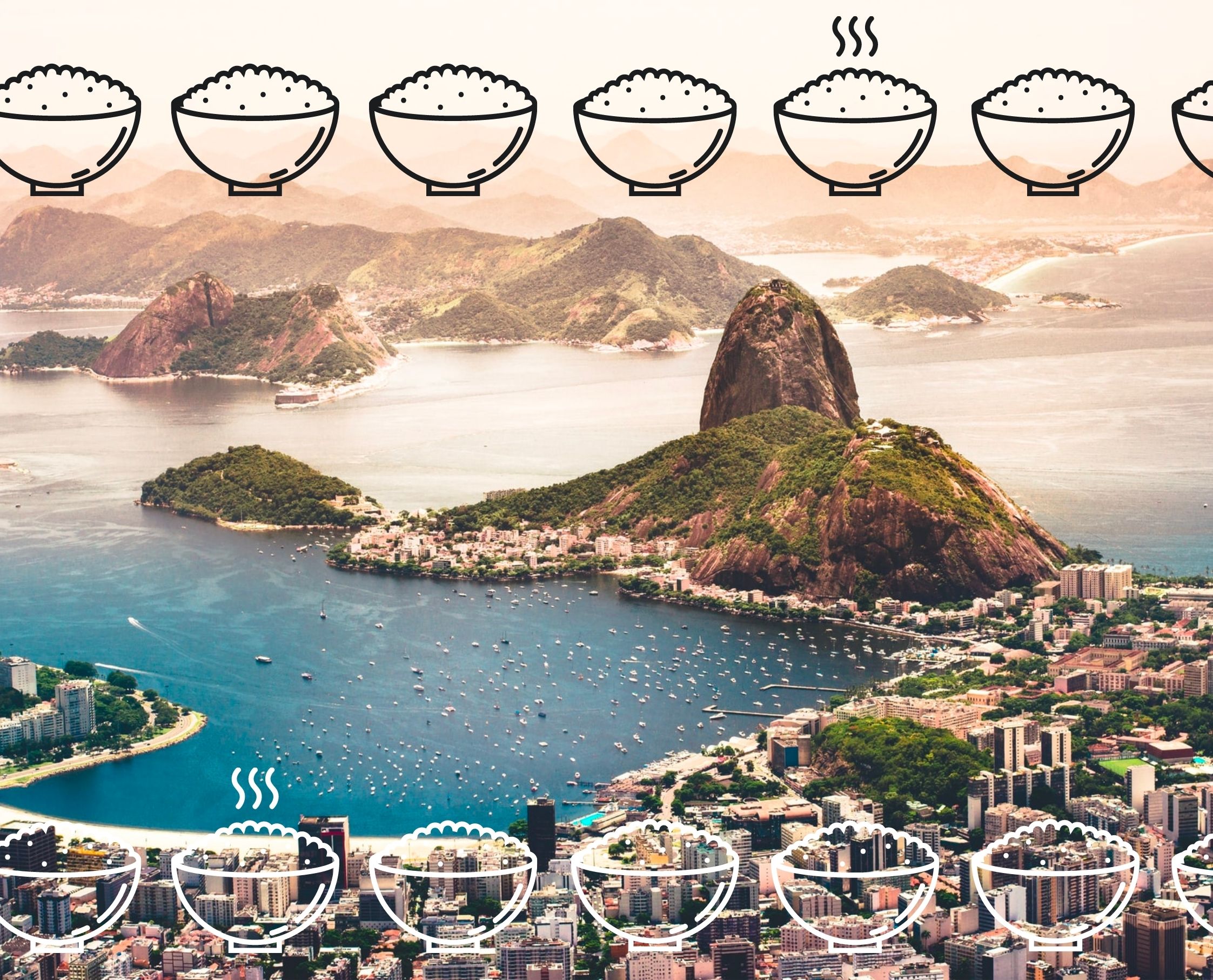 💸Not expected but 10% service charge is usually added